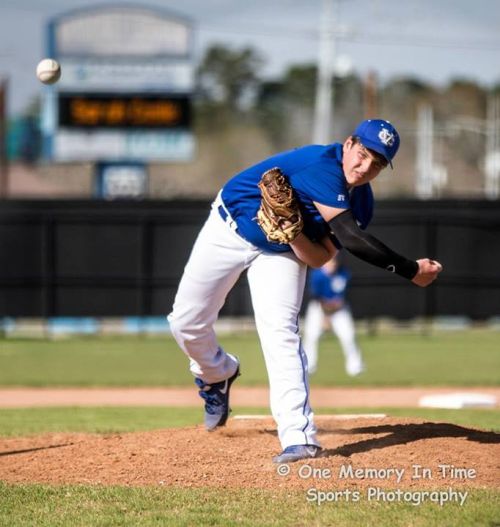 Of the bunch, two are front-runners and one is an underdog that needed 10 innings to get out of the first round.

High-seeded powerhouses E.D. White and Covenant Christian Academy are still alive in the postseason chase, competing in the Class 3A and Class 1A brackets, respectively.

The No. 3 Cardinals used their dominant pitching staff to glide past No. 30 Caldwell Parish 9-3 in opening-round action last Thursday in Thibodaux.

Just up the road in Houma, No. 6 CCA earned a 10-0 win against No. 27 Houma Christian – a game that was halted after five innings because of the LHSAA’s mercy rule.

The Cardinals will hit the road in Rd. 2, and will travel to take on No. 19 West Feliciana in a game that was played Tuesday night with no score available at press-time.

The Lions will stay at home and tangle with No. 11 tonight at 6 p.m. at Southland Baseball Field in Houma.

But the most dramatic first-round game came in Plaquemines Parish between No. 19 Vandebilt and No. 14 Belle Chasse in the Class 4A bracket.

In that game, the two evenly-matched foes battled into extra innings in a 6-all tie. While there, the Terriers broke the ice in the top of the 10th inning when Jordan Bergeron poked an RBI base hit through the infield to give Vandebilt a 7-6 lead. It was Bergeron’s second hit of the day.

From there, Vandebilt was able to close the door and push its way into the second round, thanks to masterful pitching from Chase Hawthorne.

In relief of starter Kye Matherne, Hawthorne pitched five sparkling innings of relief to seal the win for the Terriers, who improved their season record to 17-14 with the victory.

Vandebilt moved to the second round and hosted No. 3 Teurlings Catholic on Tuesday night at 6 p.m. No score was available at press-time for that game.

If history repeats itself, the meeting with Teurlings will be one of the hardest challenges for the Terriers all season.

Vandebilt played their second-round foe earlier this season, dropping a 6-3 contest to the Class 4A powerhouse on March 15.

But that game was played in Lafayette on Teurlings’ campus. This one was played in Houma, where Vandebilt has won six of its past seven games to close out the regular season.

But while the three victorious teams celebrate their first-round wins, a slew of locals fell in the opening rounds of the state playoffs.

The Vandebilt Catholic baseball team is still alive in the Class 4A State Playoffs after upsetting No. 14 Belle Chasse in 10 innings in the first round. The Terriers took on No. 3 Teurlings Catholic last night at home. No score was available at press-time.