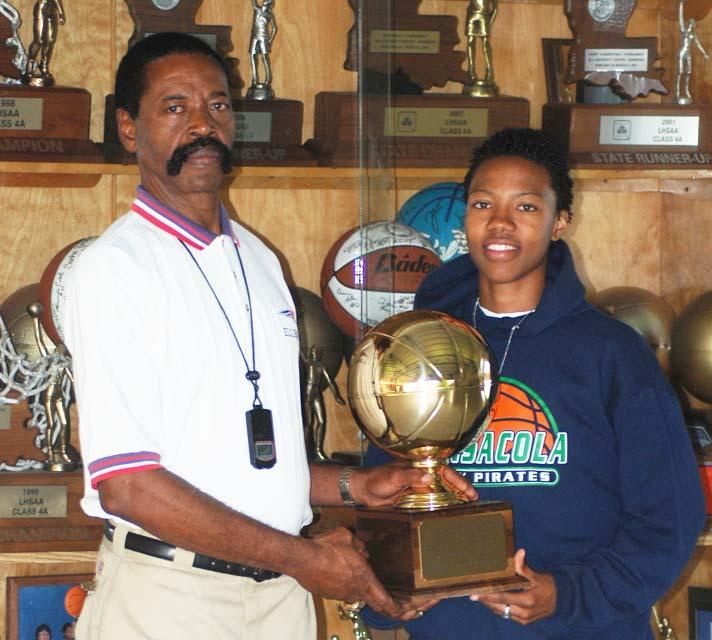 But talk to anyone who was privileged to spend time with retired Ellender girl’s basketball coach Kenneth Dixon, and they’ll assure you the term is appropriate.

Even as the winner of four state championships and 14 district championships at Ellender, Dixon isn’t remembered for his wins. Instead, it’s the relationship he cultivated with his players over 22 years at Ellender that Terrebonne Parish School District Superintendent Philip Martin and other thankful members of the community remember most.

Dixon stepped off the court following Ellender’s quarterfinal loss to Salmen in February, and he had no idea he would be coaching his final game for the Patriots.

After school let out in May, Dixon drove to his home of Bunkie to visit his mother and to take care of some tasks for her.

“But I got there and I noticed that it takes more than just organizing her, so I decided to come back in… I refused to just put her in an elderly home,” he said.

Dixon informed Ellender in June that he would not be returning in order to focus his attention on taking care of his mother.

“Ellender is like home for me,” Dixon said. “It’s hard for me to leave, but I know this is the right thing, because it is so painful. I have to go and take care of business with my mom. “

The Terrebonne Parish School Board recognized Dixon and his amazing career with a plaque and a seemingly endless amount of thank yous at last Tuesday’s school board meeting.

“I don’t know how he did it. I just don’t know how he did it for so long,” the superintendant said. “But when we received word that Coach Dixon was going to be retiring, it would not be appropriate for us to let that happen without making probably a feeble attempt to say thank you on behalf of hundreds of students who are better people because they knew coach Dixon.”

The proof is scattered across Terrebonne Parish.

School Board member Roosevelt Thomas, whose daughter played for Dixon at Ellender, cannot believe how many Terrebonne Parish social workers spent their formative years playing for and learning from Dixon.

“At one time, you had a 100 percent graduation (rate) with those young ladies. And I’m not talking about Ellender. College,” Thomas said. “I remember my daughter used to come in and say, ‘He’s tough. He’s hard.’ But that’s reality. So whenever you finish Elender, you’ll be able to go anywhere. All of those girls have adapted to life without any struggles, and that’s all because of what you did for them.”

Ellender principal Blaise Pellegrin said Dixon was more than just a teacher, even lending his time so special needs students in the last few years of his tenure.

“He was doing adaptive PE for students with special needs to they can do PE,” Pellegrin said. But those ladies that he coached, he definitely gave the opportunities that they never would have had before and he was a cornerstone also to the community because of that. Parents looked toward him. Kids looked toward him. He meant a lot to Ellender building a lot of respectability for the school and the program.”

Patriots boys’ basketball coach Cornell Scott has had two daughters who played for Dixon, Kelcie Scott who recently graduated and Kiara Scott who is entering her senior year.

“He stayed on them. He was another father figure on and off the court for them. I’m there and I started them off with basketball and kinda worked with them, and he brought the same mentality,” Cornell Scott said. “So it was good for me that I was putting my girls in somebody’s hands who had the same philosophy to make them work hard, make them respect themselves as young ladies.”

After high school, the highly-recruited Kiara Scott will be continuing her basketball career at the collegiate level thanks in large part to Dixon’s teachings on and off the court.

Scott committed to Arkansas-Little Rock this past week, a move that she said was due in part to the coach’s ability to always motivate and get the best out of his players.

“He had really high goals for all of us. When I made good grades I knew he’d be really proud of me so it motivated me a lot,” she said.

In fact, Dixon kept up with his players’ grades by passing around a grade sheet to his players’ teachers, but most of the time, he didn’t have to worry much.

“When I got there, they were very intelligent girls,” Dixon said. “They’d get on the bus and do homework on the road and during halftime or when the boys were playing, and that impressed me. I just tried to motivate them.”

“I still live here. I didn’t move. My home is here, it’s just my mom lives in Bunkie. My family’s still here – my boys and my wife. I’m hoping to get back to it. I want to say yes, if God gives me strength I can continue to work, but the main thing I want to keep on my mind now is what’s best for my mom,” Dixon said.

Former Ellender coach Kenneth Dixon (left) was among the best coaches in the Tri-parish area for the past several seasons. Now retired, the Terrebonne Parish School Board honored the living legend this past week, an honor that is much-deserved, according to those who have been coached by Dixon in years past. The Ellender coach won four state championships in his career.