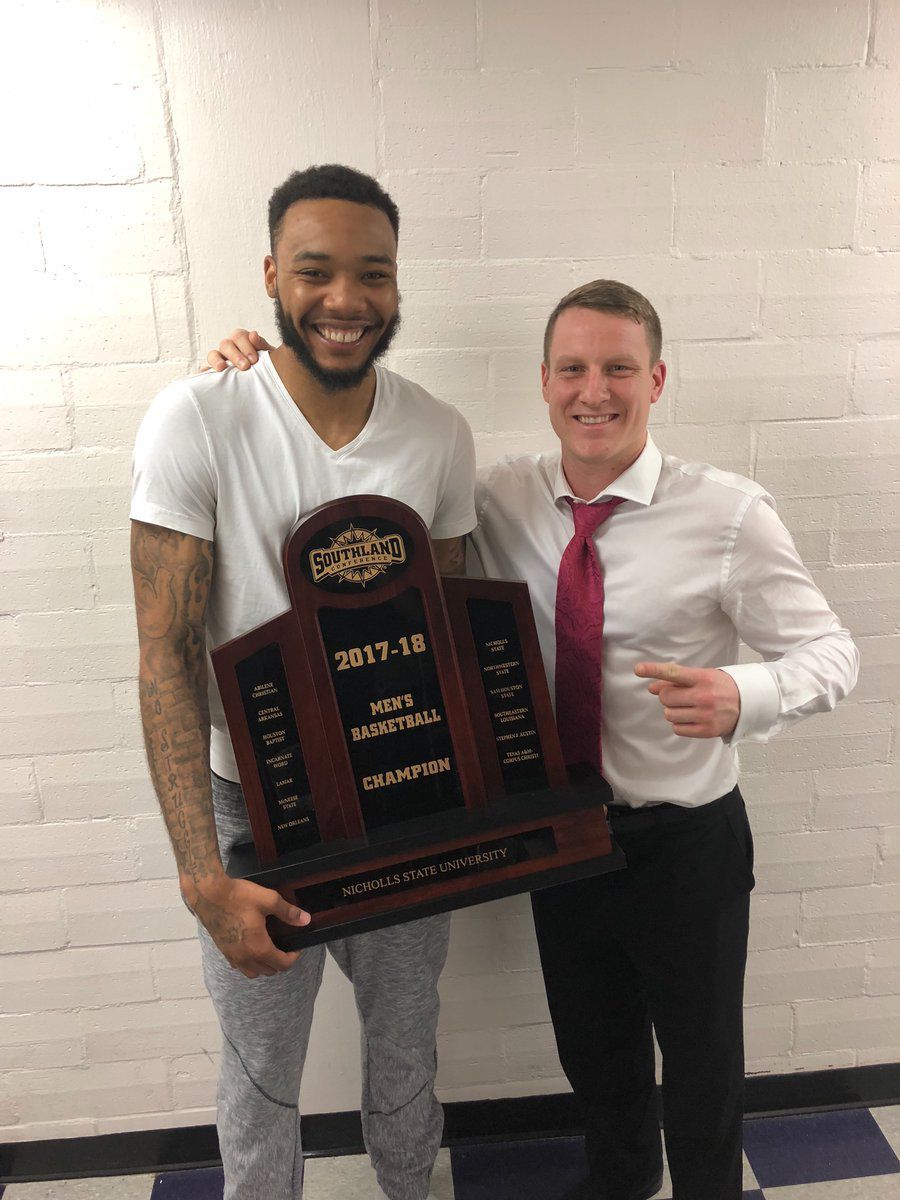 He’s a fruit the university picked off the Richie Riley coaching tree.

The Times was the first locally to report on Wednesday that the Colonels had promoted assistant coach Austin Claunch to head coach – a story which Nicholls Athletic Director Matt Roan confirmed on Thursday morning with a news release to formally announce the hire.

Claunch has been with Nicholls the past two seasons. Before that, he was also with Riley at Clemson, serving as a graduate manager from 2013-15, then as the team’s Assistant Video Services Director in 2016.

He got the job over a pool of candidates, which also contained fellow finalists LSU-Alexandria head coach Larry Cordaro and Houston assistant coach and New Orleans native Quannas White.

Roan said he picked Claunch because he believes that the coach will continue pushing Nicholls forward into the future – an upward trend which was started when the team hired Riley.

“Austin Claunch stood out as the right man to lead the program,” Roan said. “Because of his high basketball IQ and broad network, I have no doubt Austin will be able to successfully recruit, develop and coach outstanding student-athletes who will compete for championships and earn their degrees.”

“I am beyond excited to be named the next head basketball coach at Nicholls,” Claunch added. “The people of this university and all of Thibodaux have embraced me and treated me like family since the first day I arrived two years ago. I am ready to give the community a winning program built on enthusiasm, accountability and hard work.”

This is by far the biggest assignment of Claunch’s young career.

He graduated high school in 2008 and will likely be the youngest head basketball coach in Division I next season, pending other vacancies that need to be filled around the country.

Claunch, a Houston native, was an accomplished player collegiately, signing with Division III Emory University out of high school. While a player, Claunch was one of the best players in school history, ranking first in Emory school history in career assists (580), assists per game (5.8) and minutes per game. He was a three-time All-Conference First-Team player.

After graduating from Emory, Claunch quickly got into coaching and has shot up through the ranks in just a few seasons to land his first head coaching position.

His coaching career actually started when he was still playing.

From 2007-2011, Claunch worked with John Lucas at his camps in Houston. While still a player at Emory, Claunch interned with Joe Abunassar and Impact Basketball. He also helped his father coach 15U and 16U basketball teams for Adidas Houston Select Basketball Club.

Once out of college, the passion became a career. Claunch started his coaching career as a graduate assistant at George Mason and spent two seasons with that team before making the move to Clemson in 2013 as a graduate manager.

With Clemson, he was heavily involved in player development and worked with Booklyn Nets small forward KJ McDaniels and All-ACC First-Team player Jaron Blossomgame. He also worked with several players on the current Clemson team, which made it to the Sweet 16 of this year’s NCAA Tournament.

When Riley came to Nicholls, he brought Claunch with him and with the Colonels, he’s been a jack of all trades.

In his role leading Player Development, he helped spark improvements with Roddy Peters, Jahvaughn Powell, Lafayette Rutledge, Tevon Saddler and other standouts who helped lead the Colonels to a 20-win season this past year.

Claunch also helped in the recruitment of Kevin Johnson and Ryghe Lyons, who played last year as freshmen.

But more important than anything in particular, he also learned the Nicholls way, which helped to land him the job.

Claunch has organized basketball camps in the community over the past two years and his work on scouting reports helped the Colonels prepare for the challenges that come with the Southland Conference.

Roan said Claunch’s understanding of Nicholls and the community were big in landing the job. The Nicholls athletic director said he’s confident that Claunch can keep the momentum the program built last season under Riley.

“More than anything else, Austin understands the recipe for success at Nicholls and will provide consistency to our program while continuing its upward trajectory,” Roan said.

But it won’t be easy.

Nicholls is losing just about everything off its 2017-18 team, including several All-Conference players.

With so many transfer players in the past few years, the Colonels also have to be careful about their APR score.

But Claunch said he’s excited and ready to get to work.

A formal press conference will be held to announce the hire after the holiday and Claunch will look to secure recruits for next year’s team. At press-time, Nicholls hasn’t announced any signees in the recruiting class.

“The foundation has been laid,” Claunch said. “And the future is extremely bright. I am truly humbled and honored to be leading our basketball program into the next phase.”