I’m sorry, but I think I’m addicted to college football 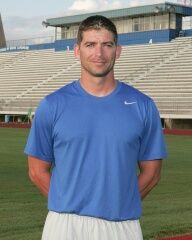 The dress rehearsals are complete. It’s now time to play some football that counts.

Several teams in the Tri-parish area took part in various jamborees across the area this past weekend – the last chance for teams to showcase their skills before beginning the regular season this week.

The weather was soggy, the play was sometimes good and sometimes bad, but a common theme existed throughout: relief and excitement that the season is finally here.

“Now it’s time for the games to count,” Central Lafourche coach Keith Menard said. “Everyone is 0-0, and we’re all on the same level playing field. What happens from here is what will decide how this thing shakes out.”

For the Tarpons, most of the rhetoric coming out of the night of action was positive, as the team rolled past Miller McCoy 27-12. That win was sparked by a series of explosive plays, including an 80-yard kickoff return for a touchdown by junior quarterback Harvey Allen and a pick-six by junior safety Larry Mack.

“I thought we did a nice job, but there’s no doubt that we have to get better,” South Lafourche coach Dennis Skains said. “We have a lot of guys who are getting their first tastes of action at the varsity level, so there were a few little growing pains and some missed assignments – things we need to correct. But I was pleased with the effort and thought that it was a nice start for us.

“We know this game doesn’t matter in the standings, but anytime there’s a scoreboard and we’re keeping track of points, we want to be the team with more when they tell us it’s time to stop playing. And tonight, we did that.”

For the Tarpons, it was a fast start that sealed the victory. South Lafourche got touchdown runs from seniors Sean Bouzigard and Justin Doucet to go up 14-0 over Miller McCoy in the early minutes of the first half. The jamboree consisted of two, 15-minute halves – a shorter game than the four, 12-minute quarters of the regular season.

After Miller McCoy took a kickoff back for a touchdown, Allen answered McCoy’s score with one of his own, taking the ensuing kickoff back himself to go ahead 21-6. Mack’s interception return capped the scoring for the first half, sending South Lafourche to the lockers with a 27-6 lead.

The Tarpons’ defense dominated the jamboree, yielding just a second-half touchdown drive, which was set up with a short field after a turnover.

The Tarpons will open the 2014 season with Landry-Walker on Friday night – a game that will pit the local 5A school with one of the best teams in Louisiana. Skains knows the Tarpons have to play well to beat their opening foe.

“They are a really good football team,” Skains said. “They have so many athletes and they have a quarterback who played a lot as a ninth grader last year, so we know he’ll be sharp and someone we have to be ready for. We have to get better and have a great week of practice to get ready.”

In the opening game of the South Lafourche jamboree, the tone wasn’t as optimistic from our local team involved, as Belle Chasse blanked Central Lafourche 22-0.

The game was a slop-fest that featured seven turnovers (three by the Trojans) and a blocked punt, which Belle Chasse returned for a touchdown.

The Trojans defense was opportunistic and had four takeaways, but missed tackles led to long Cardinals runs and touchdowns.

“We’re very disappointed,” Menard said. “It was just one play here or one play there, but we couldn’t stop shooting ourselves in the foot and it cost us. We have to fix it. We thought we were beyond that point because we practiced well leading up to the jamboree, but we didn’t bring it to the field tonight.”

For the Trojans, there is light at the end of the tunnel.

Menard said the Trojans will work hard this week to right their wrongs. He said that he believes the team has what it takes to rebound and perform well on Friday.

“The good news is we played pretty bad in the jamboree last year and then came out and played a good first game to start the season,” Menard said. “So we’re going to get back on the practice field and look to do the same thing this time around.”

At the inaugural Brothers of the Sacred Heart Jamboree, Vandebilt Catholic and E.D. White had a tough go – each getting shut out by state powers.

Holy Cross used a dominant rushing attack to blitz past Vandebilt 32-0 in a game that marked the beginning of first-year coach Jeremy Atwell’s head coaching career with the Terriers.

In the nightcap, E.D. White coach Chris Bergeron’s debut was just as rough as Brother Martin waxed the Cardinals 28-0.

The two local private schools were outmatched in Friday’s jamboree, but one of the two squads is guaranteed to be happy after the first game of the season.

That’s because the two heated rivals open against one another – an annual tradition in our area. That game will kick off at 7 p.m. on Friday night and will take place at E.D. White.

While Vandebilt and E.D. White struggled to find pay dirt, Thibodaux exploded just across town in their home jamboree, walloping Assumption in a 31-0 win.

The Tigers used a collection of big plays and dominant defense to control the scrimmage, which sets Thibodaux up perfectly for their season opener at Shaw on Thursday night in New Orleans.

In Division IV, Houma Christian and Covenant Christian were able to dodge the rain and play their jamborees without a hitch.

The Warriors fell 28-6 to Ascension Catholic – a game played in Donaldsonville. Covenant Christian participated in the Morgan City jamboree and scored a 27-19 win against Class 3A opponent Berwick.

The Warriors will open their 2014 season at home on Friday against Highland Baptist. The Lions will travel across the state to play Peabody.

The public schools in Terrebonne Parish were unable to get a final chance to polish their crafts before the start of the regular season.

That’s because the Terrebonne Parish Football Jamboree was washed out due to Friday afternoon’s hard rains.

The games were slated to feature Terrebonne, H.L. Bourgeois, Ellender and South Terrebonne in a pair of games at the Gators’ Memorial Stadium.

But not wanting to do damage to the field before the season, coaches opted to pull the plug on both the varsity jamboree and the freshman jamboree, which was scheduled for Saturday.

Ellender will host Madison Prep on Friday night – a game that will be played at South Terrebonne.