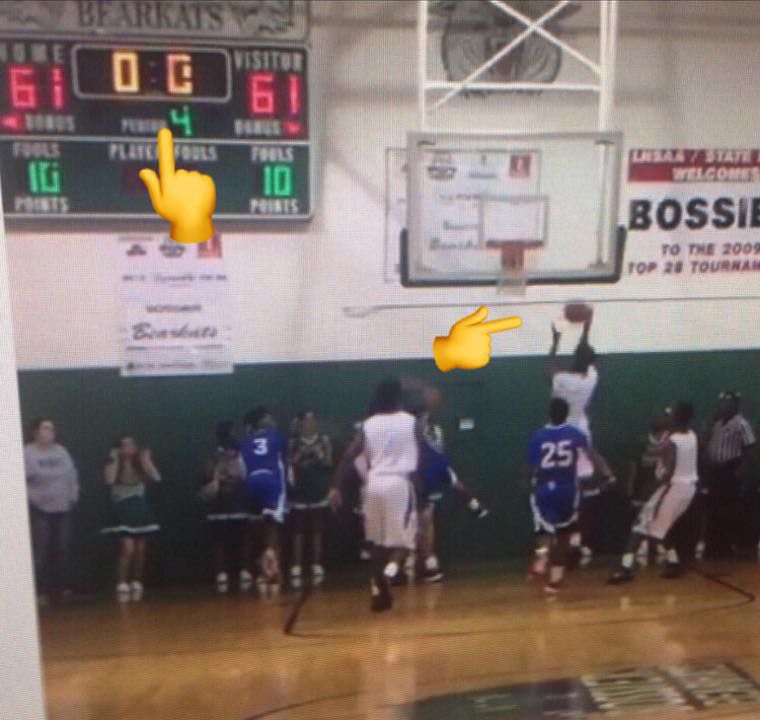 Last year, the Ellender boys’ basketball team’s season ended at Bossier on one of the worst calls of the season.

With the game tied at 61, Bossier made a game-winning lay-up to beat the Patriots 63-61 and advance to the Class 4A State Semifinals.

But there was a problem.

The Bearkats didn’t get off the shot in time, so the game should have gone to overtime. The officials missed the call, then left the floor, ending the game with an apparent injustice done to the local team.

“We got robbed,” Patriots coach Cornell Scott said after the game one year ago. “He didn’t shoot the ball before the buzzer. It was taken from us.”

This year, the Patriots will have a shot to get revenge – in the same round of the playoffs, against the same opponent and in the same gym.

The Patriots will take on Bossier again in the State Quarterfinals on Friday night – a rematch of last year’s controversial game, which sent the Bearkats to the Top 28, where they eventually won the 2015-16 State Championship.

The Patriots will enter the game on a high note after scoring a hard-fought win over Carencro in the second round – a game that challenged Ellender throughout the duration of the game.

Against Bossier, it will be much of the same.

The defending state champions are one of the best teams in Louisiana. They opened the playoffs with a 41-point thrashing of West Ouachita, then followed it up with a 7-point win over Northside.

The winner of the game will play in Lake Charles next Thursday in the State Semifinals.