Ellender off to Class 4A State Finals

Family: Man shot by cops was off his medication 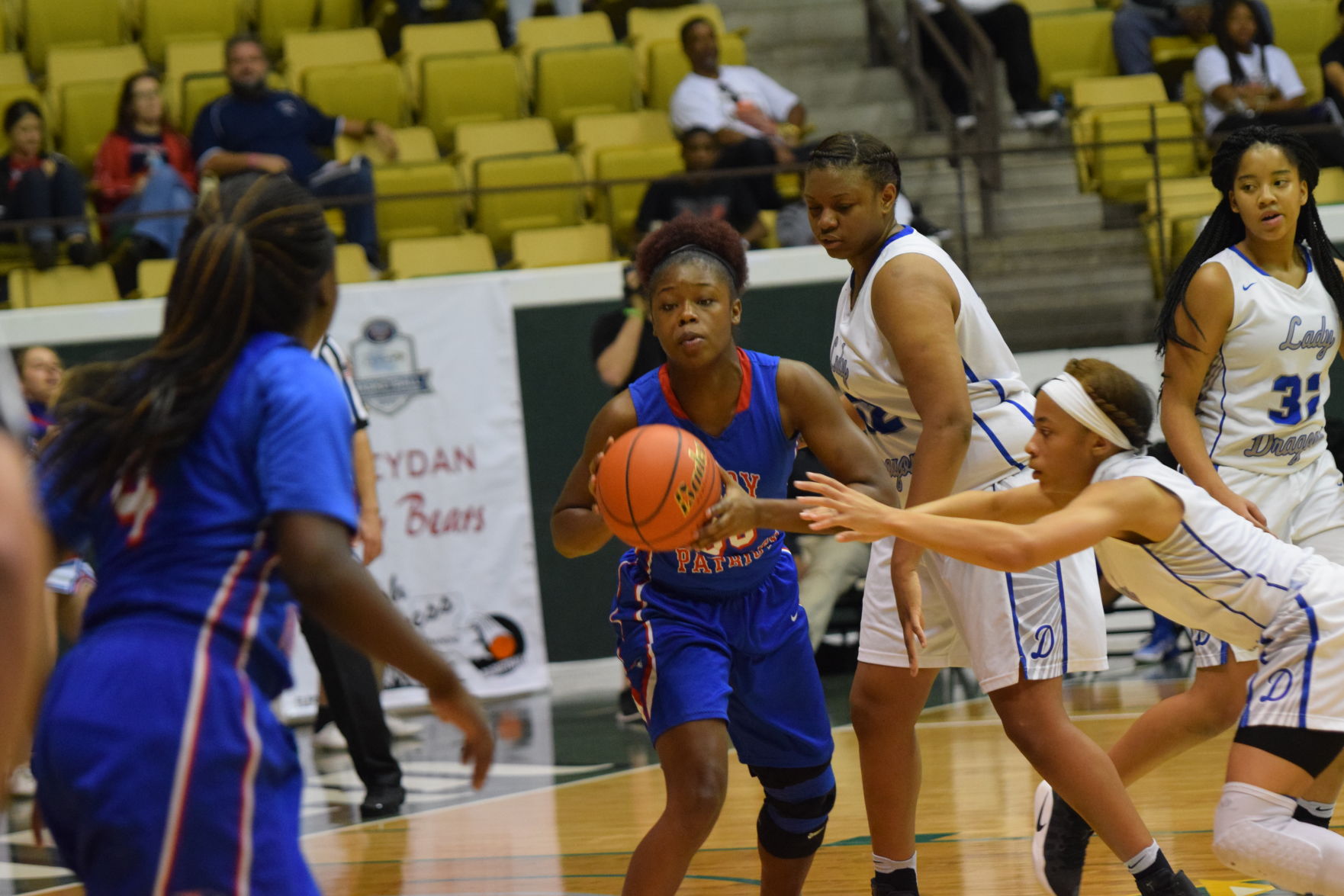 Two years ago, legendary Ellender coach Kenneth Dixon was out of coaching.

Today, he and the Lady Patriots are one win away from the Class 4A State Championship.

Ellender punched its ticket to the final game of the season on Thursday afternoon, scoring a 63-50 victory over DeRidder in the Class 4A State Semifinals.

The Lady Patriots coach has won four state championships in his career – his last coming in 2007.

He joked that since coming back from retirement, he’s gotten “old” and “lazy,” but then got serious and said that it’s a thrill working with this group of Lady Patriots.

“I could be happy going home every day at 2:30 p.m.,” Dixon said. “But the administration said they needed me in coaching and they roped me back in. I enjoy these kids. I’m happy for their performance. But these young ladies would be OK with or without me. They put in the time and the work.”

On Thursday, a lot of that work came in the opening half of the game.

The Lady Patriots dominated the first half, using high-pressure defense and efficient scoring around the basket to surge to a 17-10 lead after the first quarter.

In the second quarter, the story was much the same, and Ellender dominated, carrying a 33-16 lead to halftime.

The Lady Patriots shot 39 times in the first half, compared to just 15 attempts for DeRidder.

Ellender guard Terris McKay led all scorers in the game with 28 points on 7-of-15 shooting. Also in double figures for the Lady Patriots were Nikkia Johnson (10 points) and Trastasia Hester (10 points).

“Ellender is good. Gah, they’re athletic as heck,” Kiely said. “They’re one of the top two or three teams we’ve played all year. … It’s hard to simulate a girls team with that level of physicality.”

In the second half, the Lady Dragons battled back, cutting Ellender’s lead to single digits several times in a fourth-quarter flurry.

But Ellender stayed calm and poised, sinking 14-of-17 free throws in the final quarter to seal the win.

Dixon said that late-game poise is what he is most proud of from his team.

Everyone on Ellender’s roster was playing in their first Top 28 game.

“We knocked those free throws down,” Dixon said. “I’m so impressed with our performance. … We played tough and we played smart. That team, DeRidder High School, that’s one of the best teams we’ve played all year.”

With the win, Ellender will move to the State Finals where they will take on Salmen, who defeated No. 5 Northside earlier in the day 66-49.

In that game, the Lady Spartans trailed by as many as 12 points in the second half before cruising to a 27-4 fourth quarter and a comfortable win.

The Lady Patriots know all too well what Salmen can do.

In that game, Ellender rolled to a big lead, before watching the Lady Spartans battle back to close the gap late.

“They ran out of time,” Dixon said.

On Saturday, Dixon said the key will be another quick start.

“They’re more organized than they were earlier this year,” Dixon said. “They’re going to be tough. They’re well organized. They can spread the floor. They do a lot of things well.”

But the Lady Patriots players said they will be ready, too, and are preparing for a dog-fight.

“Our goal when we first started was to win the state championship,” Johnson said. “That’s what we plan to do – to win it all.”

“We will have to stay focused,” McKay said. “But if we keep God first and defense second, we think we will be OK. … Our points come from our defense. Everything else comes after that.”