Let me tell you about Billy Rebstock …

Terriers 1 win away from back-to-back titles 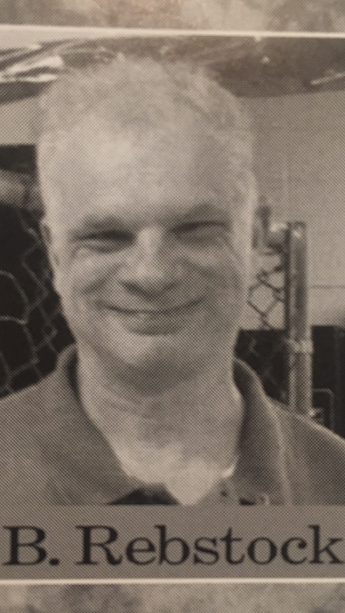 I take pride in being a people person.

Sure, to those who know me well, I may be a sarcastic, sometimes potty-mouthed nincompoop who watches too much wrestling, drinks too much coffee (and things stronger than coffee) and who knows a little too much about daytime soap operas. But at the heart, I think that most people generally would tend to agree that I’m a pretty good dude, and that I thoroughly enjoy seeing people succeed and do well.

That love for seeing people genuinely happy is why I do what I do – even more than my love for sports and athletics. It is why I never wake up dreading having to go to work, and it’s why I love the community I serve.

Simply put, I find joy in seeking out the unsung heroes in our community and telling their stories. These people are the fabric of any community, and they’re out there everywhere – it just takes a little bit of extra searching to find them and then bring them to light.

But this week, I got one – a person that’s been special to my life, but more importantly, special to the lives of literally hundreds of student-athletes at South Lafourche High School over the past several decades.

He’s the subject of my column today, though, I admit I’m a little embarrassed that it took my nearly eight years as a journalist to write this column, because truthfully, it’s long overdue.

Let me tell you guys about Billy Rebstock.

See, for us folks who are born and raised south of the Intracoastal Waterway in Lafourche Parish, we tend to be pretty passionate about our sports – especially the Tarpons.

Billy Rebstock is, too – so much so that he is one of the most well-known, recognizable figures in the storied history of the athletic department at South Lafourche.

But he never played a down, nor coached a game.

Billy never won a title, nor a trophy on the playing fields. He never got a base hit for the Tarpons, nor swam a lap.

But he still has had his own way of making history – through diligence, perseverance and love for something that’s greater than himself.

Billy is a special needs person, who never has let his ailments slow him down.

In fact, he’s actually put in more work and time than almost anyone else who’s ever come into the school’s sporting programs.

At South Lafourche and in the community, Billy Rebstock is best known as an athletic manager and janitor – the former a title he still holds part-time during football season. The latter position, he retired from a few years ago.

Billy’s practically been around Tarpon athletics since the school opened its doors. He’s been around for so long that literally everyone who’s ever played a sport at the school knows him by name. All one has to do is simply say his first name in conversation and everyone else in the group will know exactly who he is and the things he’s done for the school’s programs.

As a manager, Billy always works hard, and he’s done his duties for the team to the best of his abilities. Billy always has an optimistic outlook for the team, and he genuinely seems to believe in the abilities of the young men and women on the playing fields representing their communities.

When someone asks Billy if he thinks the Tarpons will win on a given night, he answers yes – regardless of the opponent.

It’s the same for the Saints, LSU or the Pelicans – all of which he follows just as closely as he does the Tarpons.

As a janitor, it was much of the same.

I helped in the front office, and he spent a lot of time there, too, because of the nature of his job.

A lot of the time, we talked about sports, but he was often very curious about my grades and my classroom behavior – often urging me that both needed to be good.

The topics may vary, but one thing never did. I never heard a complaint, nor a negative thought toward anyone or anything.

I didn’t appreciate it at the time, but I do now.

I admit, this week’s column was budgeted to be about Coach Ed Orgeron’s homecoming at the Larose Civic Center – a wonderful event that united the community here in support of the LSU Tigers.

But as I sat down to write it, I started thinking about community heroes and decided that a Coach O column would be low-hanging fruit.

But he’s going to get it almost everywhere else.

No one else is going to write a column about Billy Rebstock.

To me, he’s a local hero who deserves a little love and acclaim, too.