Hoskins’ story is one our area should be proud of 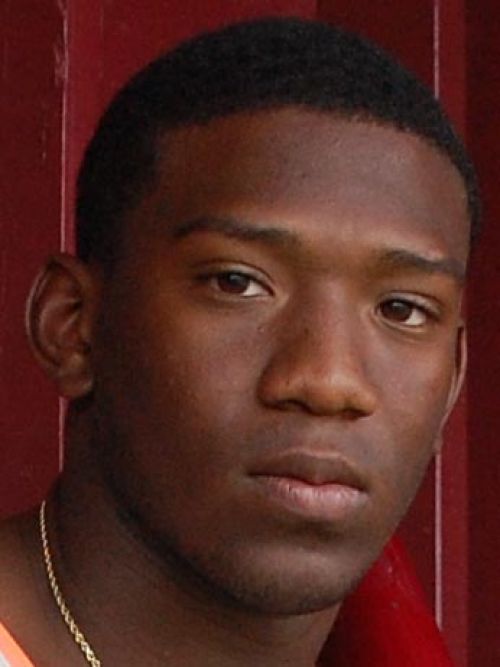 The Tigers’ dominant 6-foot, 2-inch, 215-pound standout was selected in the second round of Thursday’s MLB Draft by the Arizona Diamondbacks.

The D-Backs used the 52nd overall pick on Williams – the team’s third selection in the draft. Williams was one of the highest-selected 17-year-olds in the 40-round draft.

“The tools, again, the athleticism,” Montgomery told the team’s website when asked about Williams. “There is an unteachable tool (power) in there. He’s young and he has a lot of baseball ahead of him.”

Whether or not Williams becomes a Diamondback at all is the next piece in this puzzle.

Now that he’s been picked by a professional team, Williams has about a month to decide his future plans.

The MLB has set a mid-July deadline for all drafted players to sign their professional contracts. If Williams is unable to reach a deal with Arizona, he has already committed to play collegiate baseball at LSU.

But sources close to the situation told the Tri-Parish Times this week that Williams’ preference is to begin his professional career.

Montgomery agreed and said at the draft night press conference that he didn’t believe the team would have “major issues” signing Williams.

If the professional game is indeed in Williams’ future, he will likely be compensated handsomely for his services.

The MLB operates its draft on a slotted payment structure. Following last season’s slot system, the No. 52 pick in the draft was in line to receive a $969,700 signing bonus upon signing with the professional team.

Whether he’s a Diamondback or a Tiger – that remains to be seen. But Arizona surely was pleased to select Williams, whom they believe has a chance to become the powerful corner outfielder the team lost when they traded Justin Upton to the Atlanta Braves this past winter.

“I’m excited to get that type of power,” Montgomery said.

While Williams decides whether to chase the professional game, a slew of his possible LSU teammates are doing the same.

Nine LSU baseball players were selected over the course of the draft’s 40 rounds.

Eight of those players were picked in the first 15 rounds of the draft – the most of any other college program in America.

The top LSU player taken was junior right-handed pitcher Ryan Eades. The Minnesota Twins nabbed him with the No. 43 overall pick (second round).

He is expected to sign and begin his professional career.

In the third and fourth rounds, sluggers JaCoby Jones and Mason Katz went off the board.

Jones was the No. 87 overall pick (third round) of the Pittsburgh Pirates. Katz was nabbed No. 125 overall (fourth round) by the St. Louis Cardinals.

LSU’s dominant bullpen was then rewarded for its efforts. In the seventh round, righty Nick Rumbelow was selected by the New York Yankees. Two rounds later, power arm Will LaMarche was nabbed by the Detroit Tigers.

In the later stages of the draft, four other Tigers were pulled off the board.

In the 12th round, catcher Ty Ross was picked up by the San Francisco Giants.

Just 35 picks later in the 14th round, Tigers’ closer Chris Cotton was picked up by the Houston Astros.

Slick hitting outfielder Raph Rhymes was the next player off the board – selected in the 15th round by the Detroit Tigers.

The final LSU player picked in the draft was junior third baseman Christian Ibarra. He was selected in the 32nd round by the Pittsburgh Pirates.

LSU’s underclassmen (Eades, Jones, Rumbelow, LaMarche, Ross and Ibarra) have until mid-July to make up their minds.

Katz, Cotton and Rhymes are seniors and will begin their professional careers.