7 out of area’s 11 teams make postseason 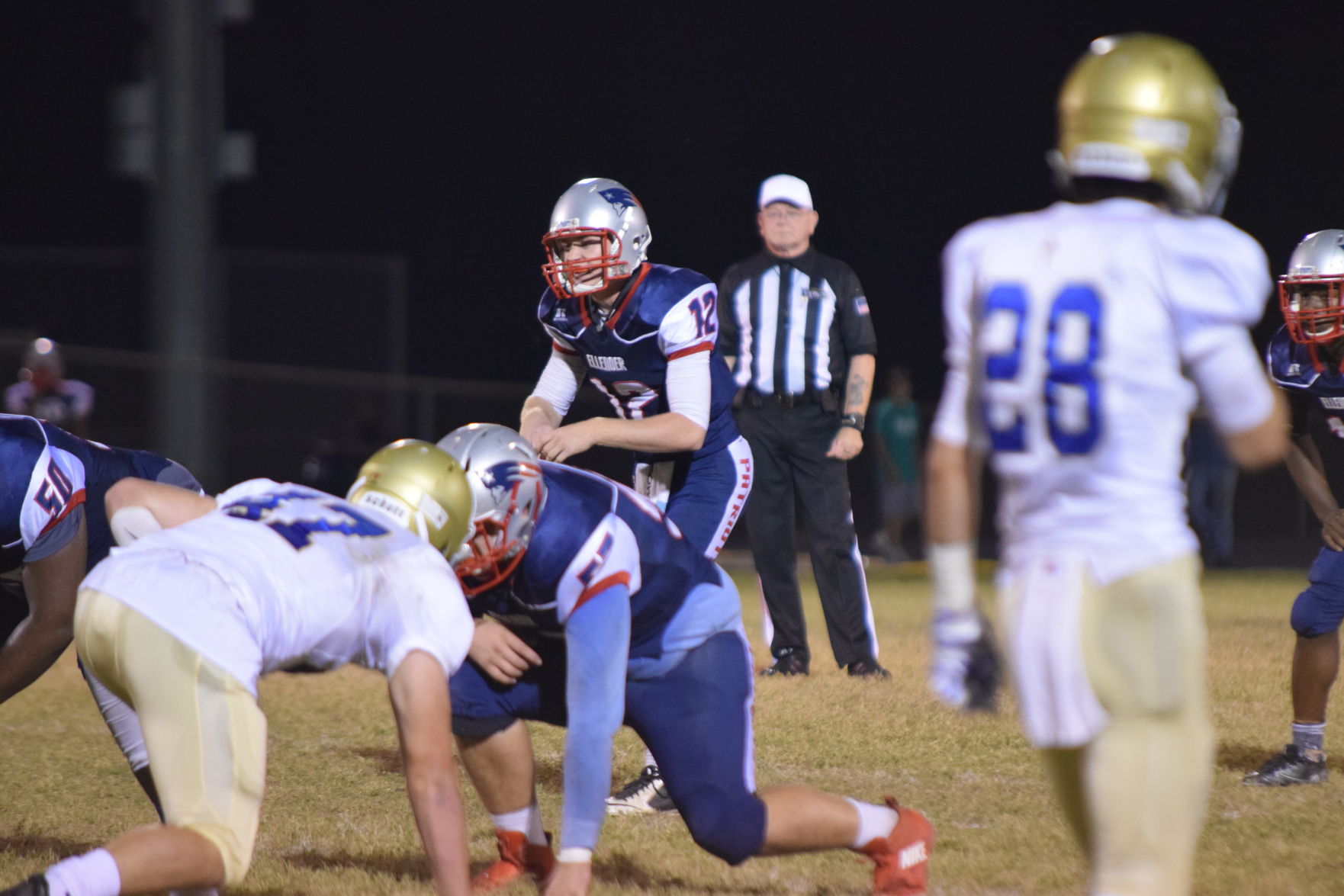 The Trojans played fairly well for a lot of Friday night’s game – a game the team needed to win to make the Class 5A State Playoffs. But at the end of the day, the Trojans just couldn’t stop allowing big plays, which allowed the Wildcats to rally in the second half and take a multi-score victory.

This was the game of the night in the Houma-Thibodaux area. With both teams needing a victory, it was H.L. Bourgeois who walked away the victor in this rivalry matchup, winning a shootout against their No. 1 rival. When the Braves get their downhill running attack going, they’re tough to beat.

These two titans went back and forth for a lot of Friday night’s game. But after being tied at halftime, Hahnville pulled away in the second half, using an absolutely dominant performance at the line of scrimmage to gain big-time yardage in the running game.

The Terriers get a lot of attention for their dominant, explosive passing attack. But on Friday night, Vandebilt bullied Ellender at the line of scrimmage and gashed the Patriots to the tune of more than 300 yards on the ground. Both teams are now heading toward dates on the postseason and both are threats to beat anyone on a given night.

The Gators have had a very, very tough season – both on and off the field. But on Friday night, they finally put it all together and scored an emotional victory over South Lafourche. After the win, teammates were adamant that the victory was in honor of Louis Blanchard and Andraye Verdin. Congratulations to South Terrebonne for ending the year with a bang. We can only hope that the late-season momentum will carry into next season.

The Cardinals fell behind big against Erath on Friday night, but had enough to make the game close in the late stages. It’s been an awfully tough season for the Cardinals this year, but they are still in the Division II Playoffs and have an opportunity to right all of those wrongs on Friday night with their record back to 0-0.

Grace King isn’t a very good football team. But that doesn’t much matter. The fact that they are a Class 5A school and the fact that CCA is a Class 1A school means that the game would be challenging for the Lions. But that didn’t stop CCA from getting a hard-fought win – one which seals the Lions place as a home team in the opening round of the Division IV State Playoffs. The Lions are the No. 2 seed in that bracket. With that at their disposal, they own as good of a shot as anyone to reach the Superdome for the State Finals. Congratulations to that program for its continued successes.

The Warriors have been an explosive offensive team throughout the season, but in the final two weeks of the season, that point-scoring ability has failed the team. The Warriors had a large senior class, and they’ll have some big shoes to fill next season. But they do have a talented bunch of players who will be back in 2017, and those players will have to carry the team. We have 100 percent faith in Coach Battaglia to get the job done and to lead the program into a successful, prosperous future with the Christian Warriors.

Week 10 Players of the Week

HONORABLE MENTION: CCA’s defense – The Lions had a big-time challenge on Friday night. As a Class 1A school, they were tasked with the challenge of facing a Class 5A program, which, obviously, presents a lot of challenges to a program of that size. But it didn’t matter. The Lions stiffened and played one of its best games of the season, beating Grace King and taking momentum into the Division IV State Playoffs.

BRONZE: H.L. Bourgeois quarterback Jude LeCompte – Always a threat as a runner, LeCompte also made plays as a passer on Friday night to beat Terrebonne. LeCompte has his usual 137 yards rushing, but it was his 7-of-9 passing with two touchdowns that helped power the Braves past the Tigers.

SILVER: Vandebilt halfback Brennan Rogers – The Terriers gashed the Patriots on the ground on Friday night, using a run-heavy offensive attack to secure a 53-28 win to close the season. Junior back Brennan Rogers provided a lot of the power behind that surge, rushing for 259 yards and four scores.

GOLD: South Terrebonne football team – The Gators have had to deal with tragedy from the very first days of the season and preseason practices. But despite all of the drama and sad moments, South Terrebonne put together a wonderful 48 minutes of football on Friday to beat a district rival. It was a fitting ending to the team’s season. Congratulations to players and coaches.

1. Vandebilt: The Terriers were just a few plays away from an unblemished 10-0 regular season. But they still enter the postseason with an 8-2 record and as good of a shot as anyone to roll through the Division II State Playoffs and reach the Superdome. It’s been a heck of a season for the Terriers, and there are likely still a few memorable football games yet to be played.

2. Thibodaux: The Tigers will enter the Class 5A State Playoffs. That’s the good news. The bad news is that their most valuable weapon won’t be there with them in the battle. Amik Robertson injured his shoulder on Friday against Hahnville and will miss the rest of the season. Without him, the Tigers must circle the wagons and find ways to generate offense.

3. Ellender: The Patriots didn’t end the regular season the way they wanted to, but that doesn’t mean they’ll be an easy out in the Class 4A State Playoffs. In fact, I predict quite the contrary. With the weapons that Ellender possesses, I think they are going to be a lower-seeded team that no one is going to want to face. They can make some noise.

4. CCA: The Lions won eight games this year – the first time in school history the team accomplished that feat in a 10-game regular season. Next up is a date in the Division IV State Playoffs. The Lions will be at home in the opening round.

5. H.L. Bourgeois: The Braves have been a tough team to figure out this season. Some weeks, they’re awfully good and beat teams that many don’t think they can beat. Others, they struggle a little bit and play poorly. But the way H.L. Bourgeois ended the 2016 season was special – a thrilling win over Terrebonne.

By The Numbers for Week 10 of the Prep Football Season

2: Three area teams lost Week 10 games that they needed to win in order to reach the state playoffs. In Class 5A, Central Lafourche was stopped one win short of the dance. In Class 4A, it was South Lafourche, who missed out after a loss to South Terrebonne.

28: South Lafourche led South Terrebonne by a score of 7-3 on Friday night, and the Tarpons were driving the ball down the field for what appeared to be another potential score. But the Tarpons turned over the ball to the Gators, who scored, which set off a run of 28-straight points for South Terrebonne in the win.

321: Vandebilt’s pass-happy offense showed that it had a little mean streak within it on Friday night against Ellender. The Terriers rushed for 321 yards in the win, gutting the interior of the Patriots defense at the line of scrimmage to make countless big plays.

8: CCA’s football team won eight games in this regular season – the first time the young program has accomplished that feat in a 10-game, LHSAA-sanctioned slate. The Lions’ growth is amazing, given the short amount of time the program has been in existence.