Colonels looking to chase the top dogs in 2017 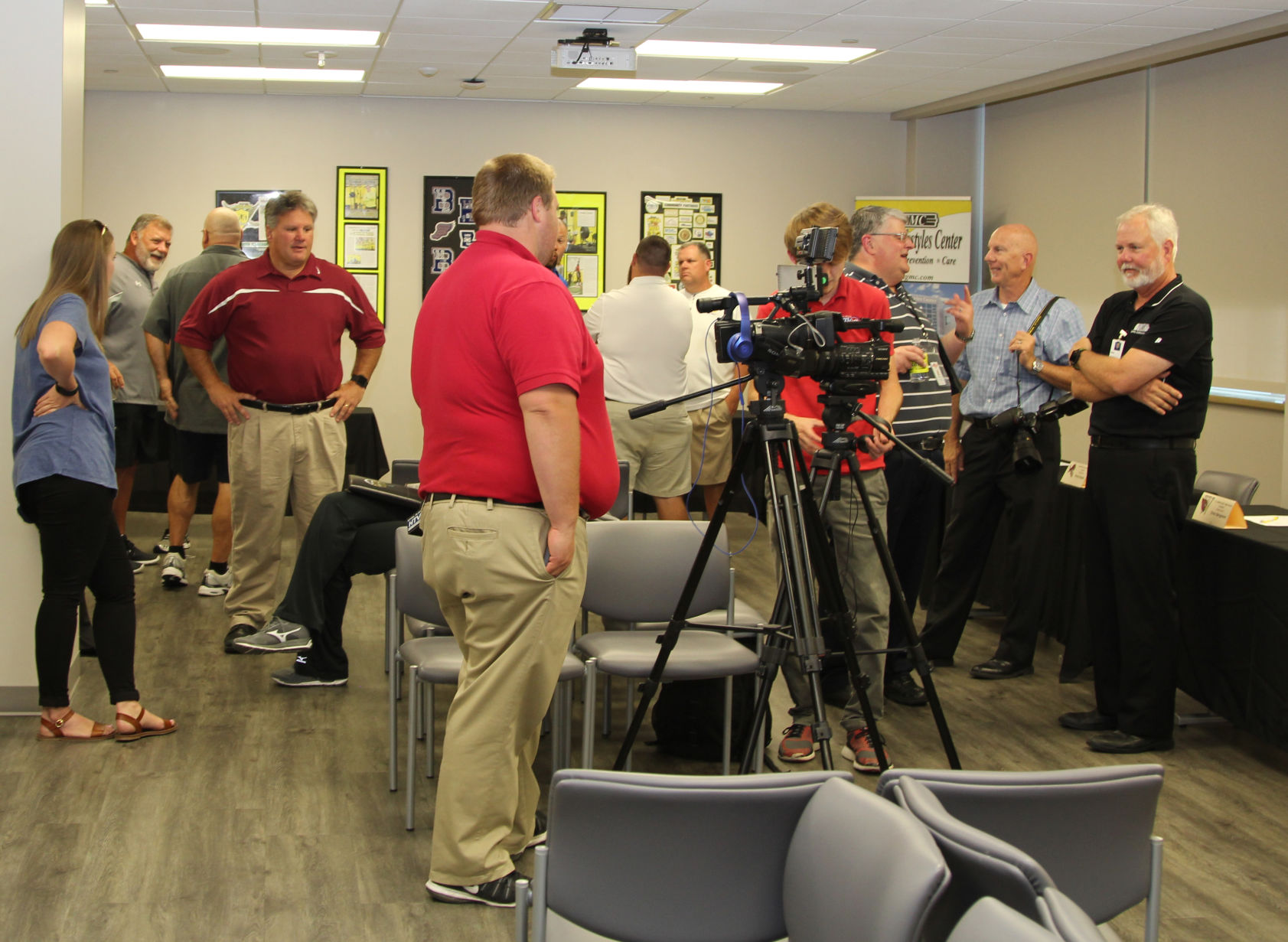 About a month remains before the start of the 2017-18 athletic year for high school sports.

But an event held at Terrebonne General Medical Center’s Healthy Lifestyles Center this past week served as a reminder of just how close we are to touchdowns being scored and volleyballs being spiked again by local schools.

The hospital hosted a media day on Thursday night, inviting the head football and volleyball coaches of each local high school to attend and speak to local media from around the Houma-Thibodaux area.

Coaches said the event was a success, touting that it was good to see some friendly faces before the start of the season.

Each coach was armed with information about their respective rosters, which they gave to the media present for use in their 2017 preview guides.

The Times will have a series of football guides later in the summer before the start of the season.

“It’s like a kid on Christmas Eve,” Ellender football coach David McCormick said at the event. “We’re all excited and ready to get out there and get to work. I know the kids are antsy. I know I’m antsy. I think it’s that time of the year where we’re all a little bit on edge.”

A lot of good volleyball is expected to be played in the upcoming season.

Several local teams made the state playoffs last season and a few even made deep playoff pushes.

The same thing is expected in 2017 and a lot of locals are expected to be in contention.

One of those local teams is Vandebilt Catholic.

The Lady Terriers made it to the State Semifinals last season before falling to Ursuline Academy at the LHSAA Volleyball State Tournament in the Pontchartrain Center in Kenner.

Vandebilt coach Greg Castillo said the Lady Terriers have a lot of contributing players back off last year’s squad, adding that the team’s goal is simple this season.

“We want to win the State Championship,” Castillo said. “That’s our goal. It’s going to take a lot of hard work and we know we have to play super hard. But we want to get back where we were last year and go beyond it.”

Terrebonne coach Craig Hamner said he’s excited about his team, touting that the Tigers have a young group that can achieve success over the next several seasons.

He said the Lady Tigers will not be as big as they’ve been, but the team will be scrappy.

“We think our ladies can make some noise,” Hamner said. “We think we have a good group that is going to continue to blossom and get better.”

A theme throughout media day for volleyball coaches was growth – specifically how far the sport has come locally in the past several seasons.

Castillo, a former college head coach, said when he was recruiting 10-15 years ago, the level of play in Louisiana is nothing near what it is now.

Hamner and Ellender coach Bethanie Guidry said the reason is because of enhanced youth programs, which are keeping players on the floor throughout the year.

“Kids are playing more,” Hamner said. “They’re not just going out for the volleyball team and that’s the only time in the year that they play. Kids are playing over the summer and on club teams and you can see the results when the season starts.”

For football, parity is the story that is defining the preseason.

Coaches interviewed at Media Day all said they’re excited about their teams, but added that they think a lot of the other local teams will be very good, as well.

Vandebilt coach Jeremy Atwell looked through his schedule and said he knows his team will not have a single easy game in the season – starting with a week 1 date against Thibodaux.

Terrebonne coach Gary Hill added that the local districts are even – in both Class 4A and Class 5A.

“Every time you take the field, you have to be prepared because it’s going to be a fight,” Hill said. “The teams we’re facing – they all have guys who are remarkable players and who make you lose a little sleep.”

“I thought we had a heck of a team last year,” Menard said. “And we didn’t even win a single district game. We had a lot of close calls, but we couldn’t get one to break our way.”

Some coaches also talked about where football is headed in the future.

South Terrebonne coach Richard Curlin is the longest tenured coach in the area, owning more than 30 years experience as a coach and more than 25 years as the Gators head coach.

He spoke at length about the state of prep football in 2017 – a world where teams are running the spread offense and are throwing the ball far more frequently than ever before.

“We’re even doing it a little now,” Curlin said, explaining that the team will shift away slightly from its traditional Wing-T concepts. “Everyone now is using those formations. Before, you’d see it once a year or once every couple years. Now, you see it every week.

“And I think our game is safer now, too. I remember back when I played, we didn’t even get water during practice because they thought it gave you cramps. Kids don’t know cotton mouth. We used to get cotton mouth. There’s less contact now. The equipment is better and I think we know a healthier, better way to coach our game.”

Sincerest thanks to Mr. Stan Gravois and the rest of the folks at TGMC for putting on the event. It was a big help for us before our football guides and was a great time!