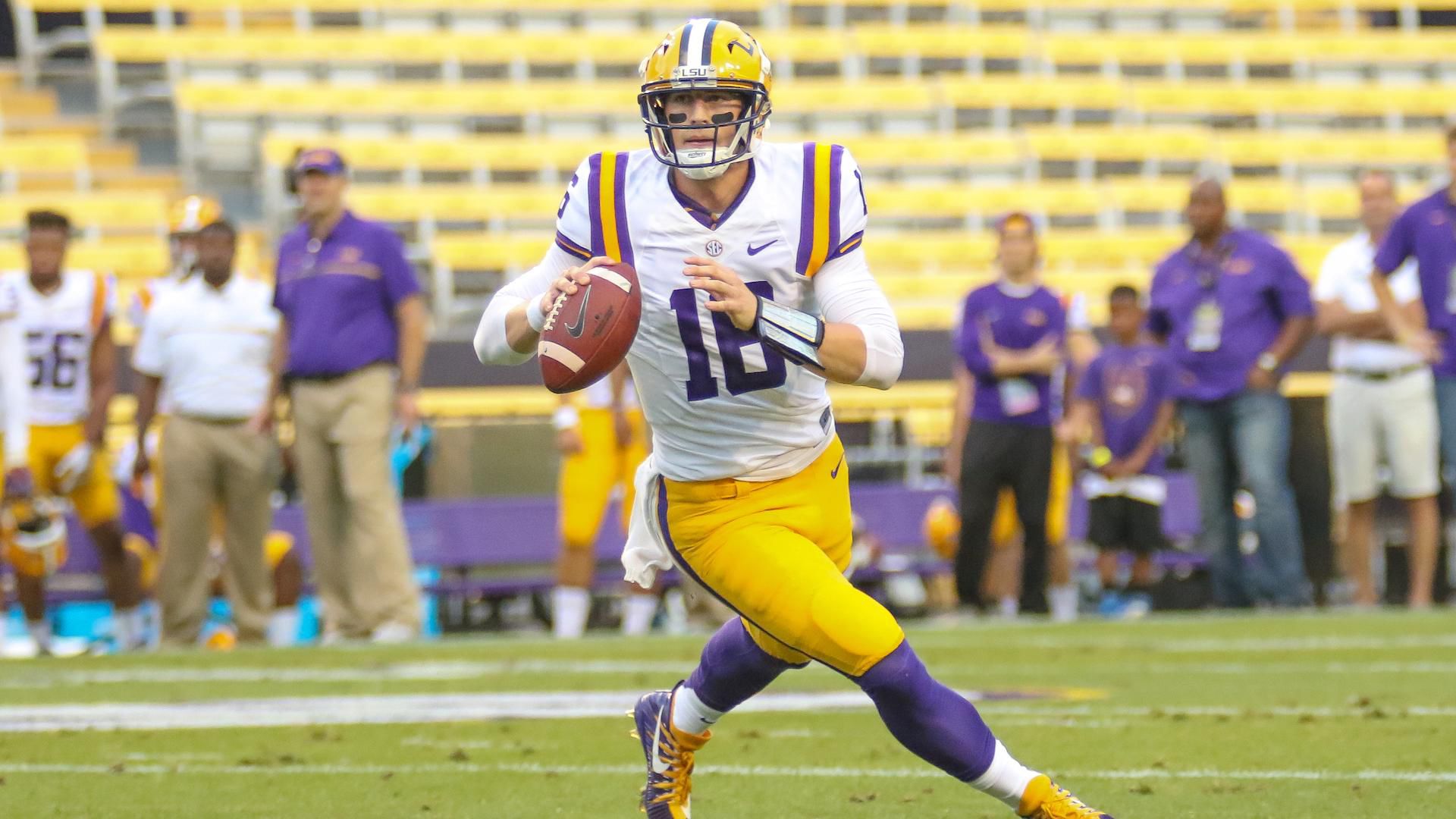 Larose native and LSU football coach Ed Orgeron’s first year as the Tigers’ full-time head coach has been a success.

Now, it’s time for the Tigers to attempt to put the icing on the cake.

The LSU football team will be busy during the holidays, traveling to Orlando to play in the Citrus Bowl on Jan. 1.

The opponent on the other sideline is Notre Dame – a storied program that struggled in 2016, but battled back this year with a solid campaign.

Orgeron said the Tigers are in for a significant challenge in the game, which will kickoff at noon and will be broadcast nationally on ABC.

It’s the second-straight year LSU will play in the Citrus Bowl. Last year, the Tigers beat Louisville 29-9 in the game.

“We had a tremendous time last year and look forward to playing a great Notre Dame team,” Orgeron said. “It should be a big, physical football game like fans expect. Notre Dame will bring a lot of fans like we will, and I expect a tremendous atmosphere.”

The teams are mirror image of one another.

Both teams love running the football.

LSU utilizes halfbacks Derrius Guice and Darrel Williams, who combined to generate more than 1,900 yards and 20 touchdowns this season.

But Notre Dame pounds the rock, too.

Lead back Josh Adams rushed for 1,386 yards and 9 touchdowns for the Irish – one of the top rushers in the country.

But Notre Dame’s run-based offense also has a different flare in that quarterback Brandon Wimbush is also a weapon. In addition to passing for 16 touchdowns and 6 interceptions, Wimbush also rushed for 765 yards and 14 scores.

Controlling Wimbush and keeping him in the pocket will be a huge point of emphasis for LSU in the game.

For Notre Dame, coach Brian Kelly said his guys will be focused on matching LSU at the line of scrimmage – both in physicality and athletically.

“They’re outstanding athletes with physicality up front,” Kelly said. “Certainly LSU is known for that great running back and they’ve got another one in Derrius Guice. They fit the profile of the SEC with great skill on the back-end. Offensively Matt Canada has done a nice job diversifying (their offense).”

But the key to the game may lie in the defenses.

That’s an advantage for LSU.

The Tigers started slow defensively in 2017 because of its youth, but have since fired on all cylinders to win six out of seven games to end the year.

In three of those games, LSU allowed fewer than 20 points and in all of the final seven games of the year, the Tigers kept teams under 24 points, while facing explosive offenses like Auburn, Ole Miss, Alabama and Texas A&M.

Orgeron conceded that LSU struggled in the first month of the season, which featured a blowout loss against Mississippi State and an embarrassing home loss against Troy.

But since that time, LSU has dug deep and Orgeron believes that’s a credit to LSU players, who wanted to salvage the season.

“After the Troy loss, we dug deep,” he said. “Have to give players all the credit. We feel this is the best thing that could have happened to LSU (after the loss). Notre Dame is a marquee matchup. I’ve been to many-a-bowl in my career and the Citrus is one of the best I’ve been to.”

But Kelly said injuries had a hand in that and the Irish are expected to be far healthier in the bowl game, which should aid their cause.

If Notre Dame can match LSU’s punch up front, Kelly thinks the Irish defense can have a big day.

“What stands out is the way they finished,” Kelly said. “Playing great against Texas A&M (was big). They settled into who they are. They have an identity. Finishing 9-3 coming out of the SEC is quite a year.”

SUGAR BOWL TO FEATURE 2 OF THE NATION’S BEST

While LSU locks horns with the Fighting Irish in Orlando, two of the nation’s best teams will do battle a little closer to the area.

Out in New Orleans, No. 4 Alabama will battle No. 1 Clemson in a College Football Playoff Semifinal – a rematch of the Championship Game in each of the past two seasons.

Clemson is the No. 1 team in the country after rolling through their schedule unscathed – their only loss against Syracuse earlier in the year.

But Alabama is actually the favorite in the game, despite controversy surrounding their appearance in the field.

The Crimson Tide finished 11-1, but didn’t win the SEC, nor the SEC Western Division, losing to Auburn in the final game of the regular season.

But the College Football Playoff Committee chose Alabama over No. 5 Ohio State, saying that they were substantially better than the Buckeyes, who won the Big 12, but lose two games during the season.

That paves the way for an exciting matchup in the Superdome – one which will have the eyeballs of millions around the country.

Kickoff is set for 7:45 p.m. and the winner of the game will face the winner of No. 2 Oklahoma and No. 3 Georgia in the Championship Game.