Who eats all the crow? This guy! 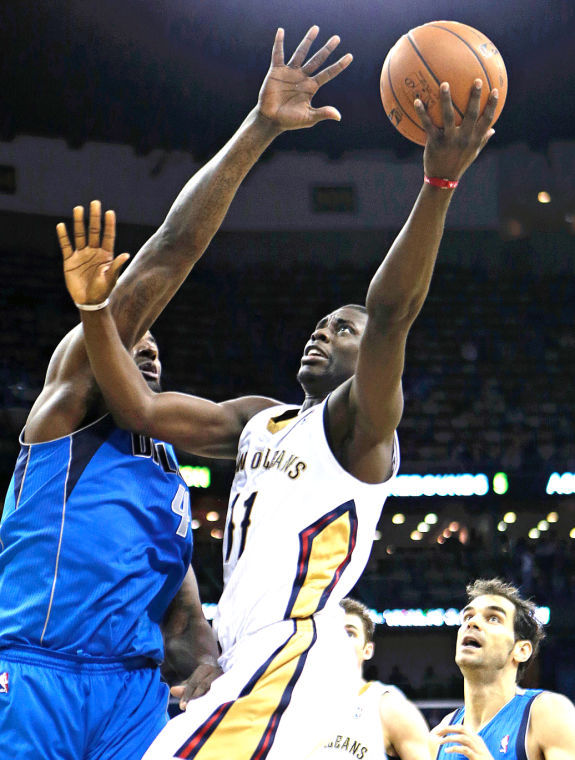 I talk about sports a lot, and sometimes, my opinions make people upset.

Sports are polarizing and that’s just the nature of the beast.

I wouldn’t be doing my job in this column if I only spoke universal truths and I only talked about things that we all agreed upon.

But to me, to be able to do this job fairly and to gain respect with readers, you have to be willing to admit when you put something in print and were 100 percent wrong.

And on the Pelicans, folks, I was wrong.

I didn’t think New Orleans could win a playoff series and they swept Portland. I swallow that crow and much more in this week’s Q&A mailbag.

A: This isn’t exactly a question. It’s more a statement. But I accept it nonetheless. I was wrong, Russ. The Pelicans beat up the Blazers from the beginning of the series to the end. By the end of the series, the Blazers were completely zoned out mentally. But, let’s not have a championship parade planned yet. The Blazers were not playing great basketball before the playoffs and they got exposed in a big way. The Warriors will not be quite the same bear. The Pelicans are still decisive underdogs in that series and they’ll have one hell of an uphill climb – even to just win a few games. Just being real.

Q: So the school season is about over. Which team was the best pound-for-pound? (Asked by Delvin, Houma)

A: Delvin, that is an amazing question. It can’t be anyone in football because our season locally ended early in the playoffs. Basketball had a few local contenders, but no one won the State Championship. Baseball and softball are still ongoing, so it’s hard to crowd anyone there as a champion without knowing how the story ends. To me, I go with Vandebilt volleyball. The Lady Terriers were a force from the first practice of the season to the final spike. They deserved every piece of success that they mustered. Honorable mention belongs to Vandebilt soccer and also the Houma Christian girls’ basketball team.

Q: Who is the local baseball MVP? (Asked by Ross, Thibodaux)

A: To me, it’s South Lafourche lefty pitcher Blake Ougel. He’s arguably the best arm in the area, owning an undefeated mark in district play, beating all of the top teams in the area, including E.D. White. But he’s also a middle of the order hitter for the Tarpons offensively and is one of the team’s top run producers. To me, there is no other player locally who has had as big of an impact, though there are plenty of good ones in the area. The Houma-Thibodaux area baseball community is overflowed with talent.

Q: Can you give us your thoughts on the land ownership bill? (Asked by Adam, Houma)

A: I’ve covered this topic neutrally for a while, but now that the issue is at a temporary standstill, sure, I can give you my thoughts on it all. I think the bill failing is very unfortunate, but I understand why lawmakers voted it down because, honestly, it was being torn apart amendment by amendment – one stroke of the red pen at a time. But here’s what I know: Yes, the bill failed, but no, this isn’t the end of the push to fix how land ownership is defined in Louisiana. When this bill was crafted, people said it was a longshot to even get to committee, much less all the way to the House for a vote. I fully expect lawmakers to continue to discuss the issue with both land owners and fishermen and I expect them to try again in the next session.

Q: What do you make of the Saints’ schedule? (Asked by Bonnie, Houma)

A: I think it’s hard as heck! The Saints have a handful of very winnable games early in the season, but after that, things are going to escalate at a frantic pace. After the bye week, the Saints have a murderer’s row which will pit them against some of the best teams in the NFL – a lot of the games on the road. I get that New Orleans is expected to be one of the top teams in the league. Heck, I don’t even disagree with that statement. But they’re facing a first-place schedule this year and it shows. There aren’t a whole lot of tap-in’s on that slate.

Q: Your thoughts on how Tiger played at Augusta? (Asked by Reid, Houma)

A: He was pretty shoddy, if you want me to be honest. His distance control was absolutely awful and that absolutely negated a week where he actually drove the ball pretty well. But I think that all things considered, Tiger is OK. For as poor as he played, he still finished 32nd, which while that’s hardly ground shaking, that’s still pretty damned good. To me, with Tiger, the most important thing will always be his health and he shot his best round of the week on Sunday, which shows me that the back is OK. That matters more than anything else at this point.

Q: What did you make of the LSU spring game? (Asked by Tommy, Cut Off)

A: I thought LSU looked pretty good, honestly. The new-look offense looked sharp. I thought that LSU’s defense looked pretty good, but the play of the Tigers’ defensive backs left a lot to be desired, which could be a problem when the regular season starts. The quarterbacks all showed that they have certain skill sets that can be useful in the fall and now, the big challenge is going to be picking who gets the mother load of the snaps. I thought going into the game that Myles Brennan was the clear-cut leader in the clubhouse, but Justin McMillan played his tail off in the spring game and looked really good, as well. I don’t think Lowell Narcisse has any shot to be the starter, but I do think he has a clear-cut role as a changeup. The things that kid can do running the football are impressive.

Q: Which quarterback would you take No. 1 overall? And who do you like for the Saints? (Asked by Mike, Thibodaux)

A: You asked two questions, Mike. That’s cheating. I’m going to have to charge you extra for the second answer. I’m kidding, of course. With the No. 1 overall pick, I would pick Rosen from UCLA, though I don’t like any of the quarterbacks at No. 1 overall. I think Rosen, Sam Darnold, Josh Allen, Baker Mayfield and Lamar Jackson all have warts, which make them big-time risks – especially for teams who are trading up to suck up those top-tier picks to select them. Rosen has flaws, too, but I’ve seen him dominate games in college and win, despite inferior talent. That matters to me. As far as New Orleans, I think they take Lamar Jackson. I don’t know why. I just have that feeling. Calvin Ridley wouldn’t shock me, either.

Q: Who will win the Zurich this weekend? (Asked by John, Houma)

A: Golf is such a crap shoot. You are literally asking me to pick a needle out of a haystack. But what the heck? I will give one favorite, one middle of the pack contender and one complete sleeper. My favorites are Justin Thomas and Bud Cauley. Both of those guys can play and I think their games compliment one another well. For a middle of the pack team, how about Brandt Snedeker and J.B. Holmes? Holmes can bomb it off the tee and Snedeker is one of the best short-iron/putter players in the game. For an odd-ball, I take Sam Saunders and Matt Every.