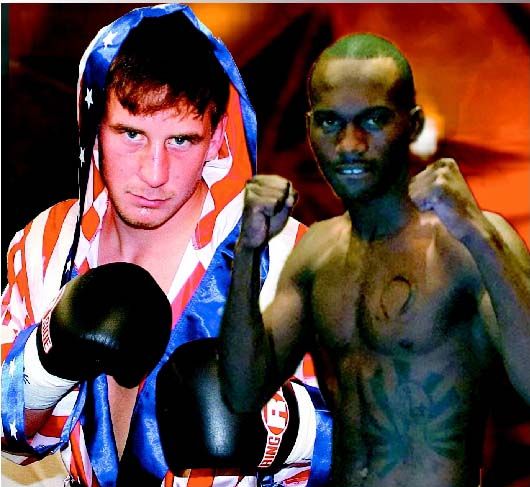 Chad Broussard is a fight promoter. He’s been one for the past several years, owning and operating Boxncar Promotions out of Lafayette.

Before doing that, Broussard was a damn good boxer in his day. He owned a 56-5 record with 40 knockouts over a career that started in 1989 and ended in 2007.

Long story short, Broussard knows a quality boxing card when he sees one.

He thinks the show he’s bringing to Cut Off next month is exactly that – an exciting night of fights that everyone who attends will enjoy.

Broussard announced this week that he will be promoting a seven-bout card on March 28 at the Cut Off Youth Center – the first boxing show in the area in 2015.

Broussard said the theme of the show will be “Redemption” – a title that he came up with on Oct. 5, 2013 after a card he hosted in Houma didn’t live up to his own expectations.

The promoter said this show will be nothing like that, and will bring top-notch, quality boxing to fans of the sport in our area.

“The Houma show was treacherous, and I take full, 100 percent responsibility for it,” Broussard said. “I take pride in what I do, but to a man, I can tell you that show wasn’t good. This fight is called ‘Redemption,’ because I want to redeem myself and my company’s name to fans in that area. We have a great card lined up, and I guarantee you that this show is going to go better than that one in Houma did. This will be the best card the Cut Off Youth Center has seen in years. Fans will go home happy. Right the word will in all caps. They W-I-L-L go home happy.”

Broussard said the show has seven bouts and 36 scheduled rounds of action across several weight classes. Breaking down the card from top-to-bottom shows that it appears to be loaded with action fights.

The fight promoter said his undercard is loaded, beginning with a four-round welterweight scrap between Ramiro Huerta (2-0-1), of Houston and Felix Malespin (4-2), of New Orleans.

Also featured in the action are locals like Payton Guidry, Zane Marks, Devon Adams and many others.

In the last fight of the night, the hometown fans will rise in anticipation of Larose native Casey Adams’ return after a nearly one-year layoff.

Adams is 6-2 in his pro career with 5 knockouts. Across the ring from the local slugger will be his toughest foe yet – Edward Williams, an 8-0 standout from Detroit.

The fight is scheduled for six rounds.

Broussard said he’s going to need every second of the six rounds against Williams.

“If Casey Adams shows up and is in the best shape of his life, he’s going to win the fight.”

Tickets may also be purchased online at www.boxncarpromotions.com

“This will be a great night of fights,” Broussard said.

“I think that the title will be true. I think we are going to redeem ourselves on this night.”

At ‘Redemption’ on March 28, local fighter Casey Adams (left) will be heavily challenged by Edward Williams – an 8-0 scrapper from Detroit.