And life goes on…

Choosing the Right Doctor for Your Medical Care 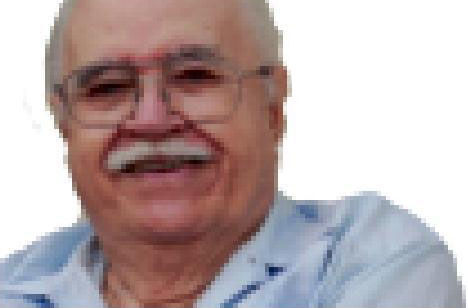 On the morning we left Nashville Troy Martin met us at our hotel and presented me same papers, “Dacca wants to sign you to a one-year option and naturally if they pick it up, we would want you to record PeerSouthern songs. $500 dollars for signing the option and Peer will sign 6 of your songs and give you $60 dollars advance per song.” I answered “No contract? Is this a way to let me down easy?” He replied “Decca does not offer options unless they are interested, and neither does Peer/Southern. Take it and you’ll be recording for Dec-ca within one year. They are watching Vin Bruce’s releases and if he breaks out of his region, they will sign you.

The years intertwined after that and I got back to my regular life. I met Ralph Peer one more time with Mrs. Jim-min Rodgers at the first Jim-min Rodgers Memorial Day in Meridian, Mississippi which I attended May 26, 1953 with Hal Benson, Johnny Schouest (Vin’s manager) and somewhere down the line we picked up WDSU radio announcer Bill Stanley which I regret I will write about soon Carrie and Mr. Peer did not bring up the Decca situation and neither did I. Here’s what happen to kill my dream.

My career with Decca Records:

The “Titanic” (Country Music Industry) hit an iceberg (Rock & Roll music) in 1996 and the iceberg won! I watched as country ran gin was nearly destroyed and the recording companies dropped 60 percent of their country artists, including our own Vin Bruce whose Columbia contract was terminated in 1956. Country music radio stations decreased by 60 percent and Hank Snow played at the Golden Meadow American Legion for 10 people. Other major country music artists suffered the same fate nationwide.

Ralph Peer died in January of I960 and Mrs. Rodgers died on November 29, 1961. I saw her one last time at her home in San Antione. I got a personal call from Ernest Tubb when she died He told me I was on a special list for him to call.

My life began to ravel (I guess that’s the opposite of unravel X Heck. I was only 23 years old but an unemployed musician with limited skills. I didn’t know it then but ahead lay a 47-year job as Chief Deputy Assessor of Lafourche Parish in the Parish Court House and the start of a 30-year radio program in 1953. My marriage to Dorothy Guidry and my Elvis Presley epoxides in 1954 Beginning a family with Michael Hal in 1955, followed by Perry and Lisa and various musical ventures the rest of the 1950’s “Leroy Martin and the Southern Serenaders”, and the “Rebels”, and “His Orchestra”, “The Dominoes”, and “The Vikings” and “His Cajun Band” and finally “Vin Bruce and the Acadians”.

New careers as a part-time bookkeeper, song writer, recording artist, record producer and director and a generous public of Cajuns and other South Louisiana denominations who listened to my radio programs, watched my T.V. Shows, danced to my music, bought my records, recorded songs I wrote and finally elected me to Lafourche Parish Assessor which earned me a decent retirement for the rest of my life, which is fast approaching. I didn’t volunteer for that it’s just the natural course of life.

Don’t take any of this gloom and doom stuff too seriously. I don’t. My humor directs me away from it. I’ve had a great life.

I did, however pick up some lines which fit my situation like…..” and now, the end is near, and I must face my final curtain” and “Regrets, I’ve had a few, but then again, too few to mention” and finally “the record shown. I took the blows and did it my way.” I won’t use any of them however……. too corny. I have many Cajun stories to tell and so little time to tell them, so, to end this column I’ll just say “I’ll be back” and BYE NOW!