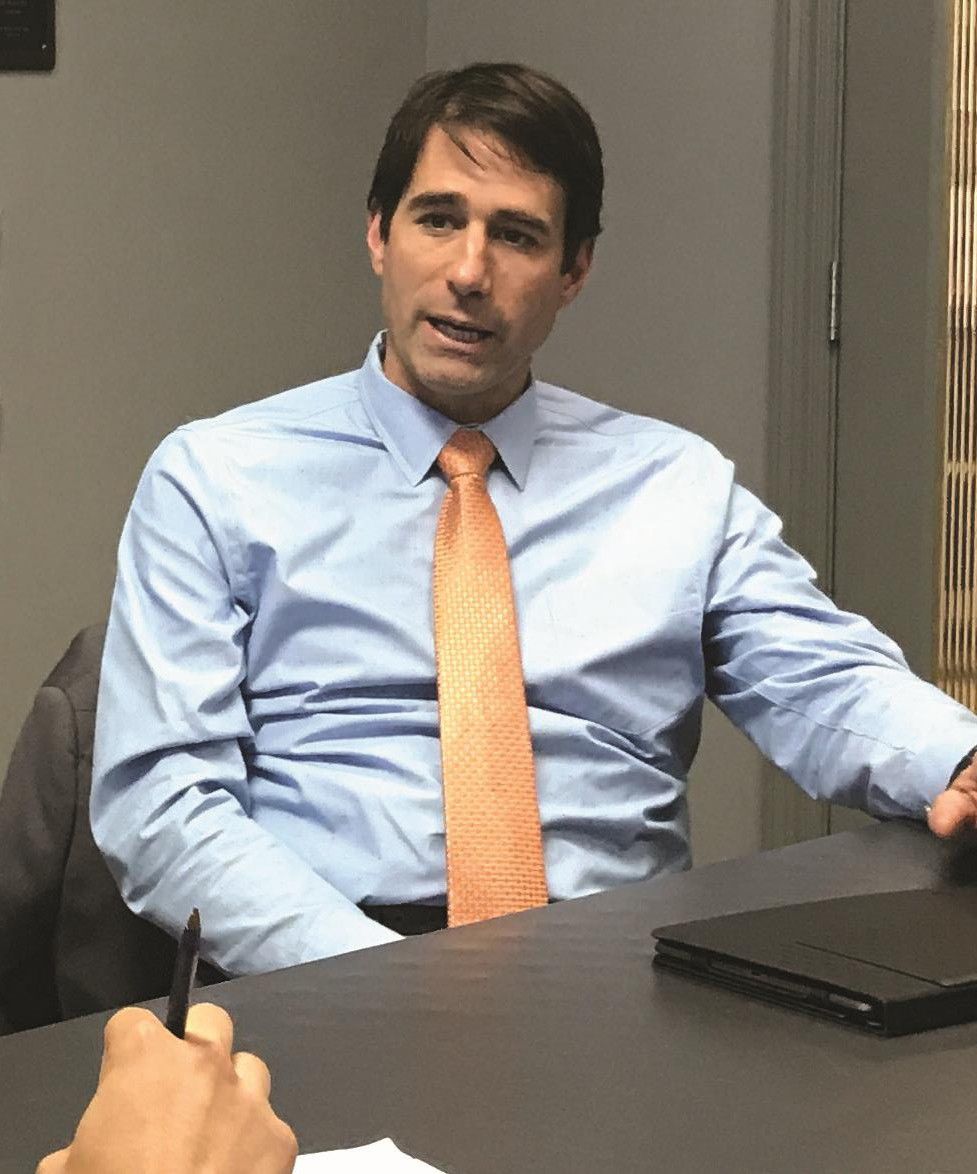 Congressman Garret Graves hopes he can help bring about more accountability in federal agencies with his new leadership role.

Graves, a Republican from Baton Rouge, has taken on the chairman role for the House Subcommittee on Water Resources and Environment. The subcommittee, which focuses on issues related to water resources development, management, pollution and hazardous waste cleanup, works closely with the United States Army Corps of Engineers and the Environmental Protection Agency.

Graves hopes he can bring new dialogue to the subcommittee to scrutinize the Corps’ and EPA’s role in certain issues, noting three particular fronts that affect Louisiana in particular. Graves said the Corps is currently responsible for keeping ports sustainable by properly dredging federal waterways, managing and building levee projects around the nation and enforcing environmental regulations on citizens. Terrebonne Parish has had its own struggles with the Corps, including a slow federal process keeping federal dollars from the Morganza-to-the-Gulf levee system, leaving Terrebonne taxpayers to foot the bill. The Port of Terrebonne has wrangled with the Corps to increase the approved depth of the Houma Navigation Canal from 12 ft. to 15 ft., while the Corps has been limited in its ability to maintain that 12 ft. depth with dredging due to a lack of money.

Graves said the new administration of President Donald Trump has called for a re-evaluation of every federal agency and its budget. Trump’s prospective budget calls for many programs to be eliminated entirely, with most of the savings redirected to the Department of Defense in a $54 billion increase. Graves said no presidential budget gets rubber stamped, but he is interested in the budget’s radical approach of scrutinizing each agency and program’s spending. In a similar vein, Graves said while he is not making any decision by himself, he hopes the subcommittee can examine the Corps’ role in different functions and if things such as levees and ports should be under a national security umbrella.

“I really think it’s time for us to take a step back and re-think if we were doing this today, what would it look like? What would the role of local governments, ports, states be in this?” Graves said. “We would probably give them a bigger role in this, but also house this in an agency that makes more sense like Department of Transportation or Public Works and Infrastructure-type Agency, as opposed to putting it in Department of Defense, which doesn’t have Capitol Hill representation.”

Graves also talked about the last Coast Guard authorization bill, which imposed new regulations on larger fishing vessels. Local fishermen said the rules do not apply to their vessels, and the regulations have placed a burden on them. Graves said the new rules as written make it too expensive for some fishers to build a new boat, so they put bandaid solutions on their current boats which have exceeded their service lives.

Graves said he is working to address the vessel regulations on two fronts: the first is to work with the Coast Guard and try to give them more flexibility in implementation, while the second is to work on an amendment to the bill, although there are currently no bills germane to the issue that are moving through Congress.

Another department on Trump’s chopping block is the National Ocean and Atmospheric Administration’s Sea Grant program, which provides grants for marine research. Graves said the government should re-evaluate the federal interest in managing Sea Grant for all coastal states and territories. He said he thinks if the program was more needs-based, Louisiana’s array of coastal challenges could bring it in line for more money than it currently receives. However, Graves said he would want a re-evaluation to stop short of an outright elimination of the money for Sea Grant’s efforts.

“I would not want to see the work that Robert Twilley (director of Louisiana Sea Grant) does, the work that the Sea Grant program does eliminated. I would be okay with finding a different way to do it,” Graves said. ∙

Congressman Garret Graves has been named the chairman of the House Subcommittee on Water Resources and Environment. Graves hopes he can drive a conversation re-evaluating the roles of federal agencies and programs in his new leadership position.