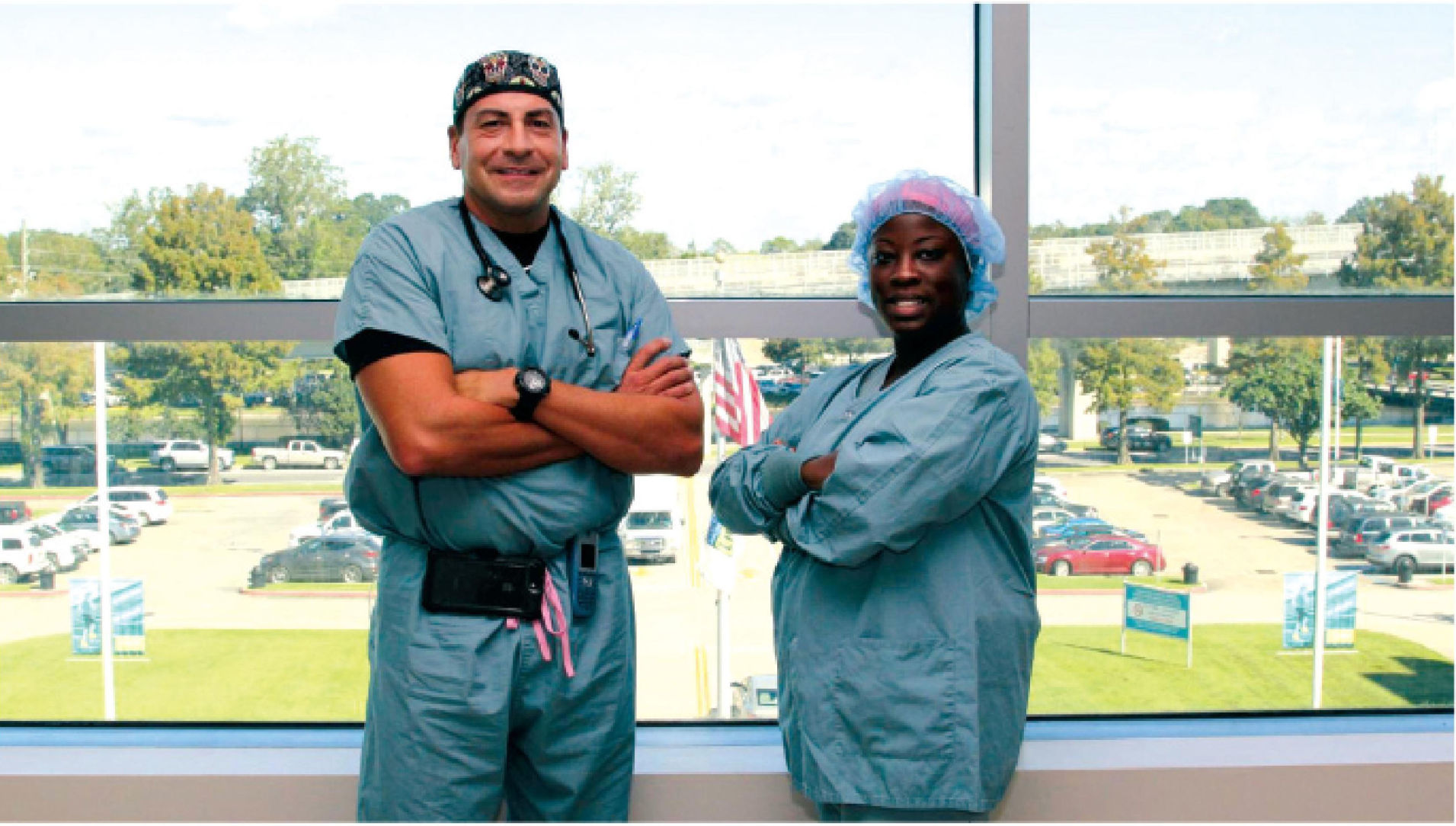 Sgt. Sears is an active member of the Louisiana Army National Guard. She is a 92G Food Service Specialist and is responsible for preparation and service of food in the field or garrison operations.

“Being in the military has allowed me to learn not to take life for granted. I have learned how to adapt and overcome, especially by being in an Infantry unit,” said Sergeant Sears. “I tend to miss out on the important life events because when duty calls, I must leave my family. That’s the hardest part about being in the military, but anything and everything is possible.”

Major Andrew Lefevre started his military career in 1991 in the Louisiana National Guard during Operation Desert Storm. He was a 66B Infantry soldier.

Lefevre has a rich military background in his family, so he opted to continue his way through the ranks. Today, he is equipped with 22 years of experience. In his role, he has cared for critically injured soldiers.

With TGMC, Lefevre has been a nurse in TGMC’s Critical Care Unit and he’s now a Certified Registered Nurse Anesthetist (CRNA).

“The Army is my obligation but everyone, especially my wife, son and TGMC family all sacrifice when I get mobilized for a mission,” said Major Lefevre. “It can be very difficult to leave my family and work for months at a time for the service, but I’m blessed with a strong support system.”

In addition to the active service people, TGMC said it is proud to have more than 30 retired and active military employees who juggle work, family and service to the country.