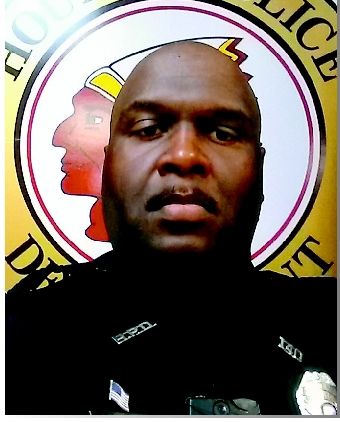 For the second time in a month, an out-going Houma police officer has been recognized for excellence, most recently on a statewide level.

Sgt. Lee Lyons – recently retired from the Houma City Police Department after 25 years of service – is a recipient of the Louisiana Association of Chiefs of Police’s Officer of the Year award, one of two officers in the state so named,

“I wasn’t expecting it,” Lyons said. “The job that I was doing at the time, I really

enjoyed doing it and I didn’t think that many people paid attention to it. It means a lot to me.”

Lyons was one of two nominees considered for the award.

In March he was recognized as Police Officer of the Year in Terrebonne Parish.

The LACP usually gets between four and five nominees each year, said Spokeswoman Stephanie Rispone, but this year only received two. She said more departments wanted to submit, but couldn’t meet the deadline.

Since 2010, Lyons has helped increase the number of neighborhood watch groups in Houma from 17 to 34, he said.

Lyons said that some neighborhoods experienced a transformation when neighbors came together to stand up against crime.

“I know that we’ve had some issues that had been going until we got into these certain neighborhoods that were crying out for help, pretty much getting retaliation from… criminals,” Lyons said. “Without neighborhood watch, it would probably be crazy in those neighborhoods right now.”

Lyons said he strongly believes in community policing and that it isn’t done enough.

Community policing is a crimefighting tactic used by police that basically means police engage with citizens in everyday circumstances. Examples range from foot patrols that include chatting up residents to larger scale neighborhood watch groups and large events.

Lyons was originally considering finding a job outside of law enforcement when he was offered the position with the City Marshal, but changed his mind.

Lyons’ father was the first black Houma police officer, starting his career in the mid-sixties.

Lyons said that when he was five or six his father would come home for lunch and take him for a ride in the patrol car, to the end of the driveway and back. Growing up, Lyons saw his father help citizens who came to the house seeking assistance.

“That kind of got me into it and, like I said, I just wish he could’ve been here to see me,” Lyons said.

Houma Police Chief Todd Duplantis will present Sgt. Lyons with the award at the 2015 LACP Annual Conference which will be held on July 8, 2015 in Shreveport at the Hilton and Convention Center.

Former Sgt. Lee Lyons of the Houma Police Department won the 2015 Officer of the Year Award from the Louisiana Association of Chiefs of Police. Lyons, who recently left the HPD for the Houma City Marshal’s office, also won the award in Terrebonne Parish.