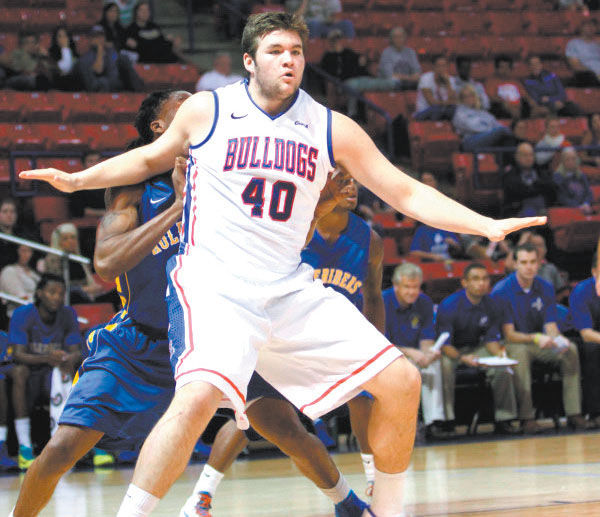 Ellender graduate and Houma native Gibby Talbot is down to his last chance, and he knows it.

His next shot at being a productive student-athlete will play itself out at LSU-Alexandria.

Talbot confirmed this week that he will be transferring from the University of New Orleans to LSUA, where he will be a junior for the Generals when the season starts this fall.

Talbot started his collegiate career at Louisiana Tech, played two seasons, then transferred to UNO after the 2013-14 season.

Per NCAA transfer rules, he sat out the 2014-15 season and redshirted, but will now transfer to LSUA. Talbot said he holds no ill will toward UNO, thanking them for the opportunity and the support. He said the decision to move on was his own and was because he didn’t “take care of business” in some of his academics while with the Privateers.

“I’ve got one shot left. One more chance to get a fresh start, get things right and to make this work for me,” Talbot said. “I can’t wait to get to Alexandria and work to be a better-rounded student athlete. The student part escapes you sometimes, but I’m focused and I will attack both sides of the ‘student-athlete’ equation with the competitiveness that I attack the opposing team in basketball. I’m ready to get started.”

Talbot’s path to LSUA almost feels a little like it was meant to be. He said he feels it, too.

Of course, locals remember Talbot most for his time at Ellender when he was easily the most dominant post player in our area. In his senior season, Talbot averaged more than 20 points and upward of 20 rebounds per game for the Ellender Patriots in his senior season – a level of dominance that brought a slew of scholarship offers Talbot’s way.

“He recruited me hard out of high school,” Talbot said of Cordaro. “Obviously, it didn’t work out, and I went to Louisiana Tech, but we always stayed in contact and everything. He’s a great guy.”

school this past semester, Cordaro was right there to welcome him with open arms.

Talbot said generosity from Cordaro and his willingness to roll the dice on him is a factor that’s motivated him more than he’s ever been motivated in his entire career.

LSUA is a young basketball program, having just started in the 2014-15 season. But it enjoyed huge success, posting a 23-4 record, which included an unbeaten 11-0 mark at home and an 18-3 mark in the Red River Conference.

“I’m so grateful to Coach Cordaro,” Talbot said. “I tell him thank you every time I talk to him. I really mean that, too. I am so thankful for him giving me an opportunity, and I just want so bad to repay him the best way that I can – by busting my tail, working as hard as I can and helping lead us to NAIA Men’s Basketball National Championship.

“Even then, I still might owe him for taking me, but that’s my focus – to make our team as successful as we possibly can be. He’s always recruited me – even from back then, so now that I get a chance to play for him, it feels like it’s meant to be.”

They’ll be getting a guy who says he’s in the best shape of his life, as well.

Talbot said he’s as fit as he’s been in his entire life, working out and putting in long, tough hours at the gym with his trainer Zach Voss with the Terrebonne General Medical Center Sports Performance Training Center.

Talbot said Voss is a huge factor in any future successes he might have, because of the commitment Voss has shown in teaching Talbot the proper ways to exercise, condition and train.

“He’s so good at what he does, and he’s taught me so much,” Talbot said. “I’m in as good a shape as I’ve ever been. I feel better than I’ve felt, and my body is ready. My mind is ready. Everything is ready to go.”

He needs to be. It’s his last shot at the collegiate level.

But he plans to make it count – in a big way.

‘I’ve got one shot left. One more chance to get a fresh start, get things right and to make this work for me. I can’t wait to get to Alexandria and work to be a better-rounded student-athlete.’

Houma native and Ellender Memorial High School center Gibby Talbot posts up on a defender during a game in the 2013-14 season when Talbot played for Louisiana Tech. After transferring from Tech to UNO for the 2014-15 season, Talbot will be on the move again this coming fall. He announced this week that he will be playing for LSU-Alexandria, the NAIA program that will be playing basketball for its second season.

Ellender graduate and new LSU-Alexandria post player Gibby Talbot rises through the air for a slam dunk attempt during a game two seasons ago. Talbot sat out the 2014-15 season and redshirted at UNO. Next fall, he will be playing for LSU-Alexandrla under coach Larry Cordaro, who has recruited Talbot since high school.