Which Craft aims to bring variety to local beer 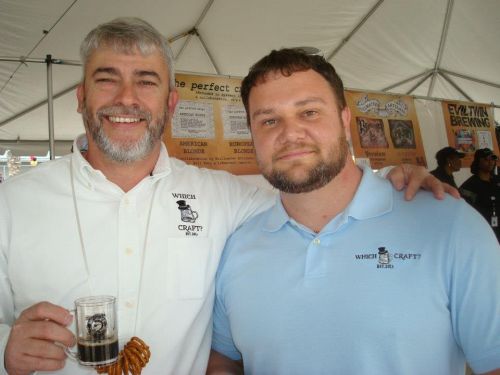 The variety of beer able to be purchased in Houma is about to be bigger – much, much bigger.

Owned by Berwick native Frank McGonagill and his partner Cut Off-native Donny Terrebonne, the store will specialize in selling craft beer to those looking to add variety to their alcoholic repertoires.

“We’re going to be a craft beer retail store,” Terrebonne said. “The reason we got into this is because we realized how big the industry is – in other parts of the country, it’s a really big deal. And it’s slowly making its way here into Louisiana. We just wanted to be on the forefront of it.”

The idea for Which Craft is nothing more complex than a shared hobby between old friends.

Terrebonne said he and McGonagill used to work together and became “real close.”

Somewhere along the line, Terrebonne said he became exposed to craft beer, and was immediately hooked.

This introduction to unknown beer coincided with a time when McGonagill would spend a lot of time traveling the country for his job.

“He’d go different places and I’d scope out the stores where he was and if I found out that there was something in their stores that I wanted to try, I’d ask him to pick some up for me and bring it home,” Terrebonne said. “It sort-of started like that.”

After being a caddy for Terrebonne long enough, McGonagill started to try some of the craft beers himself.

“Now, it’s a shared hobby and a big-time passion for us both,” Terrebonne said.

So with the mutual passion, the two friends said they decided to give Which Craft a shot.

The store will be located inside the walls of Song Phi Nong Restaurant, which is owned by McGonagill’s wife.

The beer store will utilize previously unused space within the eatery’s walls.

“We figured this was perfect and we’d do it like this so that if it didn’t pan out like we wanted, it wasn’t going to be a big financial investment with your own building and everything,” Terrebonne said. “We’re very excited.”

Once opened (which Terrebonne said should happen in the next two weeks), Which Craft will make it really easy for customers to broaden their horizons to a new brew.

In Which Craft’s allotted space inside Song Phi Nong, an open bar will be present – designed to allow customers to discuss all things beer.

Terrebonne said the store is constructed that way so that people will have the opportunity to try as many brands as they wish.

“It’s not going to be a bar where people will sit down, drink all day and get drunk,” Terrebonne said. “It’s not going to be that kind of bar. A lot of the stuff we’ll be offering are beers that people may have never seen before or may have never heard of before. We want people to be able to sit down, see something interesting they might want to try and sit down and enjoy a couple to figure out if they like it or not.”

In addition to the convenience of a bar, Terrebonne said Which Craft will sell singles in anything that they carry.

“Some of these craft beers are a bit pricey,” he said. “It might be $17 for a 6-pack. By offering singles, we will give people the ability to come in and try one, so that they know they like it enough to pay the $17 for the 6-pack.”

Away from the craft beer sales, Terrebonne said Which Craft will also sell all of the basic supplies necessary for anyone who is dabbling in a home brew.

“Anything you need to make it at home, we’ll keep it in the store for purchase,” he said.

It’s all about growing variety for Which Craft.

Terrebonne said he credits Rouses and Cannata’s for widening their offerings in recent years.

He said Which Craft aims to add onto that and do more.

“We will also partner with the restaurant and have dinners where people get a five-course meal and with every course, they’ll get a new beer,” Terrebonne said. “It’s just something that is a passion to us, and it’s something we’re excited about.

“A lot of people don’t know that there’s more out there than Bud, Coors, Miller and the so-called household beers. But there is, and this is becoming more and more popular in other places. We’re excited to bring it to Houma.”

Which Craft owners Frank McGonagill (left) and Donny Terrebonne pose for a picture. The two businessmen enjoy a passion for craft beer. Because of that passion, they decided to open a business, which is coming soon to 279 Enterprise Drive in Houma.