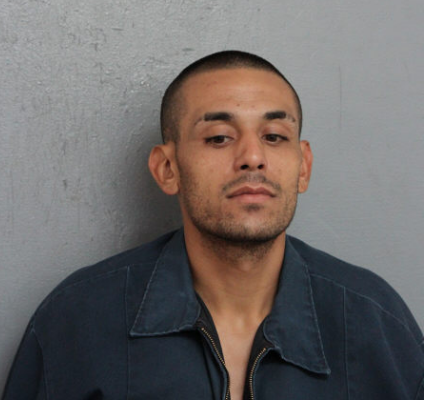 Terrebonne Parish Sheriff, Tim Soignet said that Terrebonne Parish Sheriff’s Office was able to successfully take a barricaded suspect into custody. T.P.S.O. received a call from a resident in the Bayou Blue area at approx. 2:00 PM on Monday 11-23-2020. The caller advised of a female in that area that had been held against her will.

Uniform Patrol Deputies arrived to investigate this call. Contact was made with the victim and a witness, who advised that Jeremy Foret (a 24-year-old male) had come to the victim’s residence the prior evening. When the victim told Foret to leave he refused.

Foret also refused to allow the victim to leave her residence. He blocked her path along with using threats and intimidation to keep her from leaving. He stood guard watching her all night. At one-point Foret armed himself with a knife to stop the victim from leaving. He also denied her the use of a phone to call for assistance.

Some associates of the victim arrived at her residence. This eventually provided the distraction needed for the victim to escape from the residence. That is when T.P.S.O. was called.

Foret was still inside the victim’s residence when T.P.S.O. arrived. Upon trying to contact him, Foret barricaded himself inside. T.P.S.O. Detectives and K-9 Deputies arrived to assist.

Through law enforcement tactics T.P.S.O. was able to successfully take Foret into custody. It was also discovered that Foret had caused thousands of dollars of damage inside this residence. Upon getting Foret outside of the residence, he was yelling profanities and causing a disturbance in front of the neighboring residents who had gathered in the area during this incident.

Foret was transported to a local medical facility to be treated for some minor injuries. While there, Foret caused a disturbance by yelling profanities at the medical personnel. Foret was then transported to Terrebonne Parish Criminal Justice Complex.

Foret was arrested for False Imprisonment Offender Armed With A Dangerous Weapon, Criminal Damage To Property, Resisting An Officer, Interfering With Emergency System, and two counts of Disturbing The Peace. He is awaiting a bond to be set.

Foret also had active arrest warrants for Failure To Appear For Possession Of Heroin, Theft Of A Motor Vehicle, Extortion, Criminal Damage To Property, and Probation Violation.