Coronavirus Currently Not a Problem for Louisiana

Five individuals face drug charges as part of three separate investigations in what turned out to be a busy day for narcotics agents on January 30, 2020, according to Lafourche Parish Sheriff Craig Webre

Agents started in Cut Off on Thursday morning. Through an investigation, they had obtained a search warrant for the residence of Vontrell Cleveland, 39, and Christie Soudelier, 32, in Cut Off. Agents arrived at the residence that morning and made contact with Cleveland. During a search of the residence, agents found over 65 grams of methamphetamine which was determined to belong to Cleveland. They also located approximately 24 grams of marijuana, 20 Xanax pills, and various drug paraphernalia. During the search, Soudelier arrived at the residence. Both were arrested and booked into the Lafourche Parish Correctional Complex in Thibodaux. Both were charged with Possession with Intent to Distribute Marijuana, Possession of Xanax, and Possession of Drug Paraphernalia. Cleveland was additionally charged with Possession with Intent to Distribute Methamphetamine. Cleveland and Soudelier were both released on Thursday night after posting bail amounts of $45,500 and $12,500, respectively.

Around midday on Thursday, agents arrived in Galliano to locate Roxie Toups, 24, due to obtaining a warrant for Possession with Intent to Distribute Methamphetamine as part of an investigation. Agents obtained a search warrant for her residence and found approximately 82 grams of methamphetamine and drug paraphernalia. There was also a juvenile present at the residence. Toups was arrested and booked into the Correctional Complex on charges including two counts of Possession with Intent to Distribute Methamphetamine, Illegal Use of a Controlled Dangerous Substance in the Presence of Persons Under 17 Years Old, and Possession of Drug Paraphernalia. Her bail is set at $21,500.

Later Thursday evening, agents proceeded to Main Street in Lockport for another search warrant. At the residence, agents made contact with Ryan Arceneaux, 41, and Brandy Ougel, 32, both of Lockport. They were both found in possession of drug paraphernalia, and Arceneaux also had cocaine in his possession. Arceneaux was arrested and booked into the Correctional Complex. He was charged with Possession of Cocaine and Drug Paraphernalia, and he was also booked on an outstanding contempt warrant due to failure to pay child support. His bail is set at $25,500. Ougel was issued a criminal summons for Possession of Drug Paraphernalia. 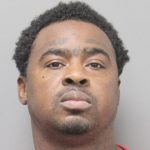 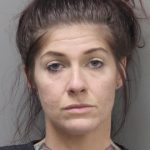 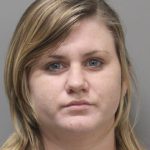 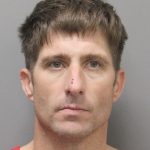