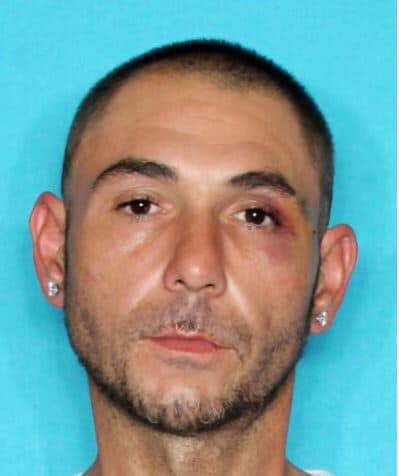 Terrebonne Parish Sheriff Tim Soignet said that an arrest was made of a person who had stolen from multiple business in the Bourg area of Terrebonne Parish. On Friday 11-5-21 Uniform Patrol Deputies began investigating an incident at Bourg Supermarket. During this incident the suspect stole the water heater from outside this establishment. The suspect also damaged some equipment while attempting to steal other items from outside the building. The Uniform Patrol Division continued to investigate this over the next couple days to identify this suspect.
​On Sunday, Nov. 7, 2021, Uniform Patrol Deputies received information that a suspect was stealing items from Gotta Stop convenience store/gas station. The suspect left the store before Deputies arrived, but he was located in the area. Uniform Deputies conducted a traffic stop on this suspect and identified him as 36-year-old Daniel Burnett. It was learned that Burnett had a switched license plate on his vehicle, and there was no insurance on this vehicle. Burnett’s driver’s license was suspended.
Burnett was found to be in possession of multiple items that were taken from inside the Gotta Stop. He confessed to entering the store and stealing these items. He was able to make entry into the store because of damage caused by Hurricane Ida.
​Deputies were able to determine that Burnett was the person who had stolen from Bourg Supermarket just a couple days prior. He was questioned about this incident, and confessed to this as well.
​Burnett was arrested for Looting, Driving Under Suspension, Violations Of Vehicle Registration, and No Insurance in reference to the incident on 11-7-21. He was also arrested for Theft, Attempted Theft, and Criminal Damage To Property in reference to the incident on 11-5-21. Burnett also had active arrest warrants for Possession Of CDS 1, Possession of CDS 2, and Obstruction Of Justice.
​Burnett was jailed at Terrebonne Parish’s Temporary Criminal Justice Complex. His total bond was set at $326,000.00.