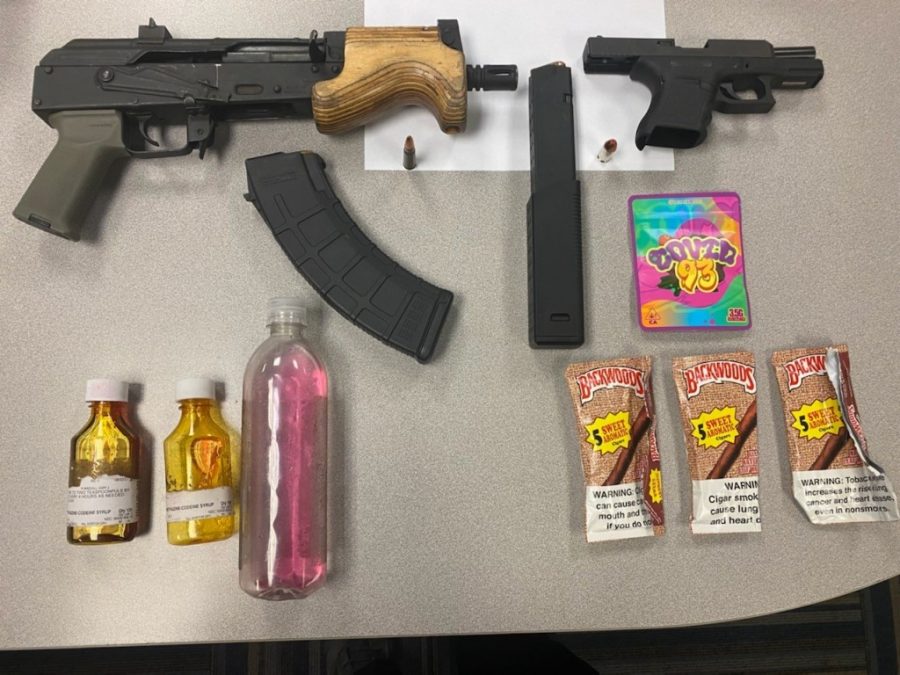 Thibodaux Chief of Police Bryan Zeringue announced the arrest of Michael Jenkins (B/M, 23 of New Orleans, La.), for 2 Counts of Illegal Carrying of a Weapon in the Presence of a CDS (Felony), Failure to Display License Plate, Possession of Marijuana (1st Offense), Possession of Codeine (Felony), Possession of Drug Paraphernalia and an active 17th JDC Arrest Warrant.

On Friday, November 12, 2021, shortly before 10:00 a.m., Thibodaux Police Officers observed a 2014 Red Mercedes-Benz to have an equipment violation on the vehicle. The vehicle was stopped near the intersection of Canal Boulevard and Plantation Road, at which time the driver was identified as Michael Jenkins who had an active 17th JDC arrest warrant.

During the course of the stop, the officers suspected that there may have been drugs inside the vehicle and Mr. Jenkins later confirmed to officers that there were in fact drugs and weapons inside. A search of the vehicle later rendered the findings of multiple bottles/containers of suspected promethazine-codeine syrup, a small amount of suspected marijuana, multiple open packages of cigars, and two loaded firearms with high-capacity magazines.

Mr. Jenkins was transported to the Lafourche Parish Correctional Complex, where he later posted a $12,000.00 bond on the felony charges and was issued a Misdemeanor Summons for all misdemeanor charges.