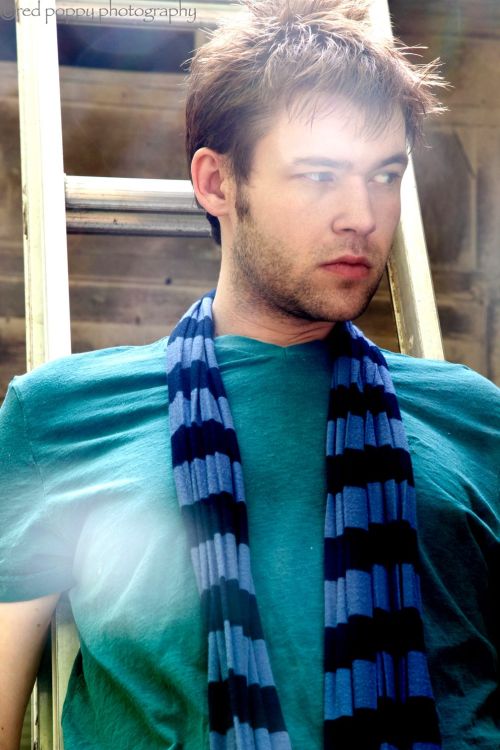 Dakota Lawrence believes we’re all born with a sixth sense. Ignored, the power simply slips away.

The Shreveport-born Native American is a sixth-generation clairvoyant medium and psychic paranormal investigator.

He discovered he’d been blessed with the family gift at age 12.

His mother allowed him to explore the skill at his own pace. By the eighth grade, Lawrence had delved in Edgar Casey and Nostradamus – exploring his own spirituality.

“When I turned 15, I realized for the first time that not everyone can do this,” Lawrence said. That year, he began doing professional readings.

Since then, Lawrence has made a career of “soul level” readings.

“From doing this on a daily basis, I encounter people going through a lot of pain and crisis,” the 26-year-old said. “It can be emotionally draining, but I look at it as though I’m giving people that little peace of mind.”

Along with his upbeat Southern style and quirky sense of humor, Lawrence brings another critical element to his work: Honesty.

“I believe in offering straightforward, honest explanations,” he said. “People are making themselves vulnerable to you. I believe honesty is the best policy.”

His honest approach can sometimes be disarming for those seeking answers. “I’m just a vessel getting a message from a higher conscience,” he said. “If you ask if your late husband was cheating on you and the answer comes back yes, I’m going to tell you.”

In other words, be careful what you ask for.

Lawrence best describes the experience as gaining a “knowing sense” of the person on the other side. “If I focus on a client, I begin to get little pieces of information. It’s not that I physically see the person they are trying to contact,” he said.

For instance, a woman who lost her son was seeking a reading. Lawrence began picking up something about a bright shirt and a photograph. He had been at a wedding earlier and was wearing a colorful shirt in what would turn out to be the last photograph taken of him. “He wanted her to remember him in a happy place, not at his death.”

During another reading, a couple sat disbelieving through an entire gallery reading. When Lawrence approached them, he sensed someone saying, “I’m still watching football.”

“The man broke down in tears,” Lawrence said. “It turned out he was friends with a guy with Down Syndrome. Every time the Dallas Cowboys would play, the two of them would watch the game. The guy never spoke a word up to the time he died in his early 30s, but they’d always catch the game. That was his message to his friend, ‘I’m still watching football.’”

Lawrence said his psychic sense can take him in any direction and that every reading is different.

“No two stories are the same, so this job never gets repetitious,” he said. “I’ve heard everything from funny family jokes to private, personal experiences.

“You wouldn’t necessarily think it, but spirits are more comical.”

But there is another side to being a psychic. Huge box stores or airports are the worst for those sensitive to the other side.

“I hate Walmart or crowds,” Lawrence explained. “The amount of energy it takes when you put 150 people in a space is really draining. Imagine having the hustle and bustle of energy you feel in crowded places like that.”

Add loneliness to it and you’ve experienced an airport. “Airports are the most depressing places in the universe,” Lawrence said. “It’s like high school all over again.”

In a business fraught with frauds and television enhancements, Lawrence reminds people the Bible is filled with prophets and visions – but warns of charlatins.

“I consider those the folks who charge $800 to clear your bad orb. There’s no question, there are fakes.”

But he views his sixth sense a God-given, family shared gift.

“I don’t believe what I am doing is evil or satanic because I am helping people every day,” he said. “God is with us everywhere, too.

“I do not believe in evil and I do not blame God when we lose someone. Part of the stages of grief is to doubt God. It’s a nature human response. He has just given me a gift where I can bridge the gap between life and death. After a few minutes with someone, I can give them that peace of mind. They’re coming to me and what I offer gives them hope.”

As for the question all southeast Louisiana residents want to know? Lawrence said the New Orleans Saints will likely finish strong. “They’ll have a good year, no doubt,” the Dallas Cowboys fan said. “But I don’t do spoilers.”

Dakota Lawrence is in Thibodaux Nov. 9-10 at the Serenity Health and Beauty Center’s Psychic Expo. General gallery tickets are $35, and private, 30-minute sessions are $125.

Shreveport-born Dakota Lawrence can trace his psychic abilities back to his great-great-great grandmother. With his family’s support, he refined his sixth sense. Today, he travels the country offering gallery and personal readings and working with authorities in missing person and unsolved crime cases. He’s in Thibodaux Nov. 9-10 at the Serenity Health and Beauty Center’s Psychic Expo.