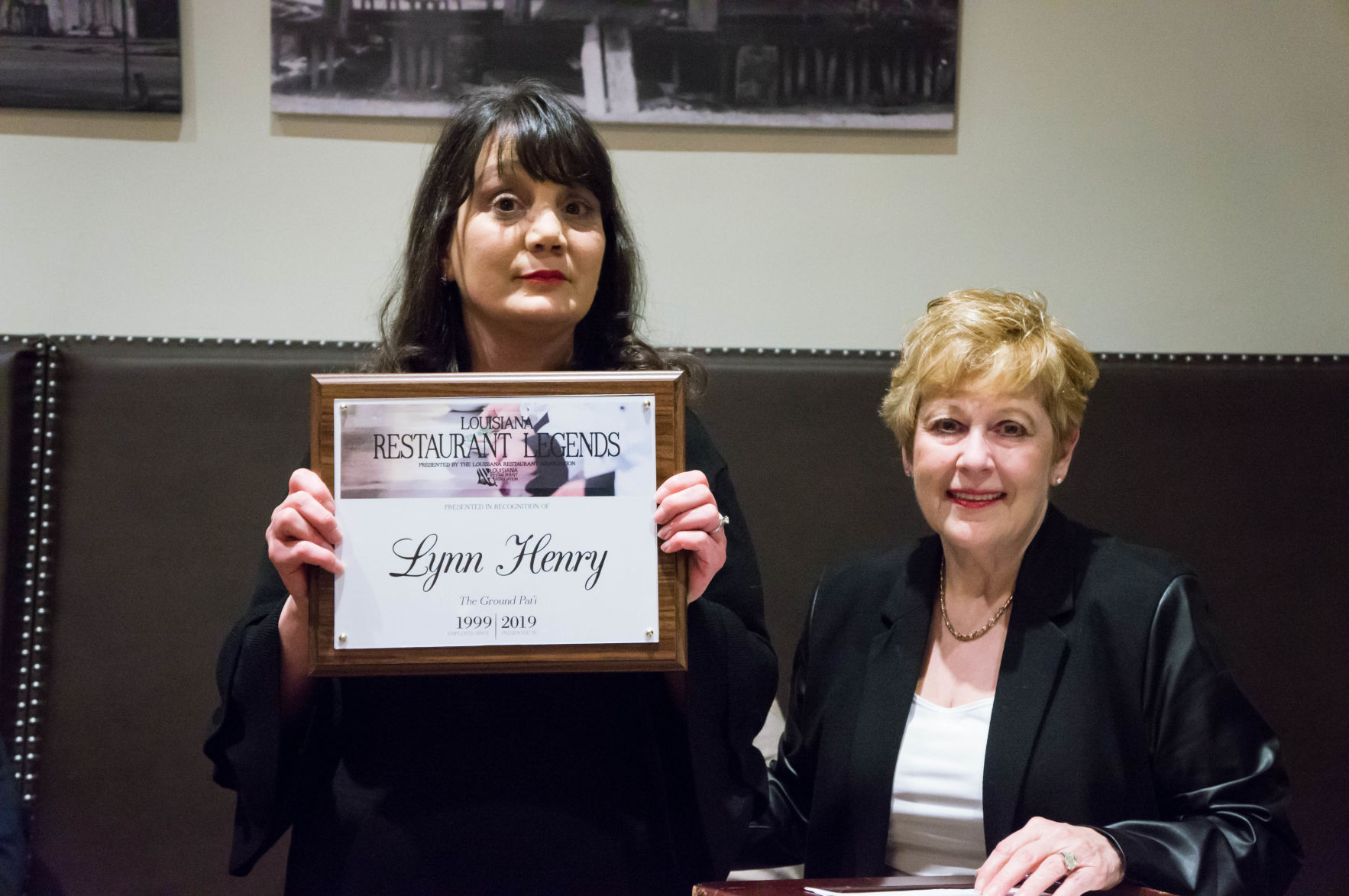 At the meeting, Henry was introduced and given the award by Linda Ayers, owner of Ground Pat’i and avid supporter of Henry.

“…Our managers, our servers, our kitchen staff—they’re the backbone; they are the ones that make it work,” Ayers said during the introduction. “Everybody that comes in to Ground Pat’i will say, ‘You know that girl?’, and I’ll say ‘Lynn’…She is the backbone of Ground Pat’i, and everybody knows it.”

Ayers later noted how famous Henry was around the restaurant and well-known for being kindhearted.

Henry, who is one of four employees at Houma’s Ground Pat’i to receive this award, has been serving patrons at the restaurant for 20 years.

“I can’t believe it has been 20 years already. When I started, I was going to be there a little while until I found something different,” Henry told the Times. “But the people were nice, and I liked it there. It’s like a family.”

Henry also said meeting new people and having new experiences every day is what she enjoys most about her job. “It doesn’t really feel like working,” she continued.

The LRA—which was established in 1946 as an advocate for Louisiana’s foodservice industry—has recognized over 200 people, whose collective time totals 6,000 years of service to Louisiana restaurants and its suppliers, since the award started in 2006.

“By recognizing the long-term service of Louisiana Restaurant Legends, we hope to encourage younger workers to follow their example. Jobs within our industry can be lifelong, meaningful careers,” explains the LRA website. “We encourage members who employ a Louisiana Restaurant Legend, or know of one in their area, to nominate them. Together, we can spread the word about those outstanding examples of service and dedication in our midst.” •