Home of the Brave

In Service to Country and Campus 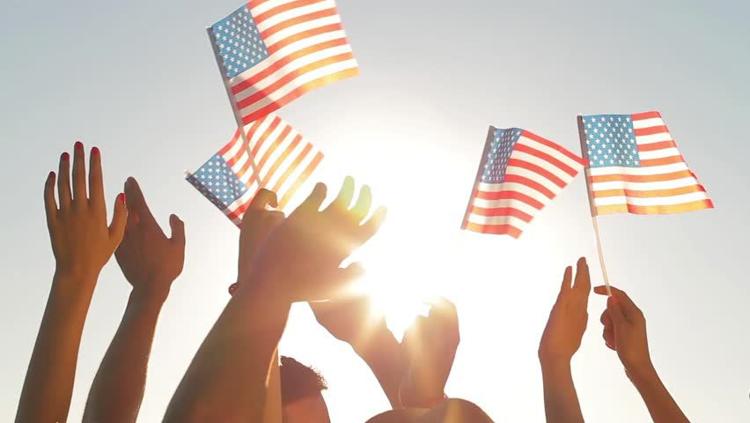 I’m not a very political person.

I vote, so take the frown off your face and know that I believe in performing your civic duty. But if I’m honest, politics often feel more divisive than unifying, forcing me to choose a side when truthfully, I like some points on both sides of the political dividing lines.

But the truth is, maybe I just don’t like making decisions, because if you ask me to choose a favorite food, color, or favorite just about anything, I struggle. (Whose idea was it to have security questions for passwords where you name your favorite color or food or some other favorite thing? I absolutely freeze.)

So maybe my real issue with politics is being forced to pick a favorite? I’m not sure, but here is what I do know.

I love the Fourth of July. The older I get, the more patriotic I feel. Which maybe sounds like the opposite of my first statement of “I’m not a very political person.” Can the same person say the first statement and still feel that her patriotism grows every year?

I would say yes. And here’s why.

I hate the dividing lines in our country between political parties and the “this side versus that side” wars that are fought on media platforms day in and day out.

My oldest boys have recently discovered the joy of World War II historical fiction. I couldn’t be more delighted in anything else that they are currently interested in. (Trust me, their World War II book reading is far more interesting than their video game stories. I know Fortnite is a little played out, but I still have to hear about it on a pretty regular basis. Somebody please save me.)

But World War II – the stories of ordinary boys becoming heroes who saved our country and ultimately our world. Boys who fought in countries they had never heard of and never imagined visiting.

Maybe it’s particularly fascinating because my three sons keep imagining themselves in the middle of the World War II stories they read. When we talk about the books, they talk about if they had fought, what they would have done.

And my mamma’s heart thinks about the mothers who sent their sons to the scariest war this world has ever fought. What if that would have been me and my boys would be just a few years older and I would have had to send them to faraway countries, not knowing if they would ever return?

My family and I visited Uganda, Africa last summer on a mission trip. We all came home changed, and one of the things we all appreciated was America – our schools, our system of government, and our freedoms.

Visiting other countries will change your level of appreciation for a country that still gives its people some of the best opportunities out of all the countries in the world. You only have to be in a foreign country for a few minutes to realize just how free we are in this “land of the free and home of the brave.”

Maybe that’s why my patriotism has increased. But maybe it’s because when we read a story of a mamma shipping her son off to war, my heart breaks just a little for the moms throughout the years who had to do just that.

Fourth of July is fireworks and cold watermelon and celebration.

But it’s the moment that we all turn our eyes toward the darkened night sky in anticipation of the fireworks display that I love the most. I like thinking of the thousands of people across our country who are staring at the same sky, all watching a firework display in the town where they live, with the people they love.

I guess I want that feeling to spread across our country. Where we are all staring at the same sky, thankful for a place we call “our country” and with people we call “our fellow Americans.”

That for every burst of fireworks celebrating what has been done in this country, we will consider what is being done and celebrate each other as we stride forward in this country that still has its struggles, but is moving forward with beautiful people that we are proud to call neighbors and fellow Americans.

So maybe that’s where the lines disappear. When we consider the people around us as people on the same side as us, instead of as people on “the other side.”

And every moment as Americans will remind us of all the men and women who have fought so hard for the freedoms we love. POV