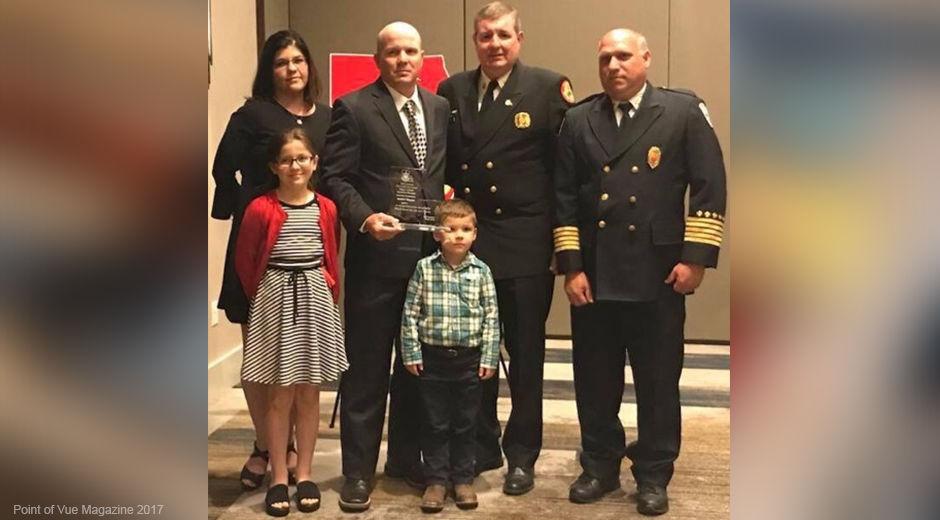 Many first responders are often dealt difficult and timely situations while out in the field. These situations are often a matter of life or death. Fortunately, we have numerous local men and women whose bravery, quick, rational thinking, and efficiency save countless lives in our area. One such hero is Raceland native and Lafourche Fire District #1 Volunteers (LFD1V) firefighter, Andre’ Danos.

In the early morning of December 2, 2017, the LFD1V received a dispatch for a single motor vehicle accident that occurred when a car struck a tree, causing it to ignite. Because of the dense, prevalent fog, response from the other volunteers was slowed. Thankfully, Andre’, who was first on the scene, arrived at the crash site within two minutes of receiving the call because of how close the accident was to his home. With one occupant already being out the vehicle when he arrived, the six-year-volunteer firefighter courageously rushed to the burning car and successfully pulled out the other two passengers before they became engulfed in the flames.

“These occupants could not have exited the vehicle without Andre’s assistance due to the nature of their injuries. If not for the efforts of Andre’ Danos, these occupants would have sustained severe burns that could have possibly resulted in their death,” the LFD1V says.

The Louisiana Fire Chief’s Association recognized Andre’ lifesaving efforts and awarded him the Edgar LeJuene Award for Heroism at their 2018 banquet.

“Andre’ Danos is a true asset to have on our team. He is always eager to increase his knowledge and learn new skills for firefighting and rescue operations. Andre’ is a true leader that leads by example,” the LFD1V says. “On scene, he will roll up his sleeves and get right in the middle of the action. He doesn’t stop until the task at hand is complete. Andre’ is a true role model for his fellow volunteers and his kids. It is an honor and privilege to have Andre’ on our team.”