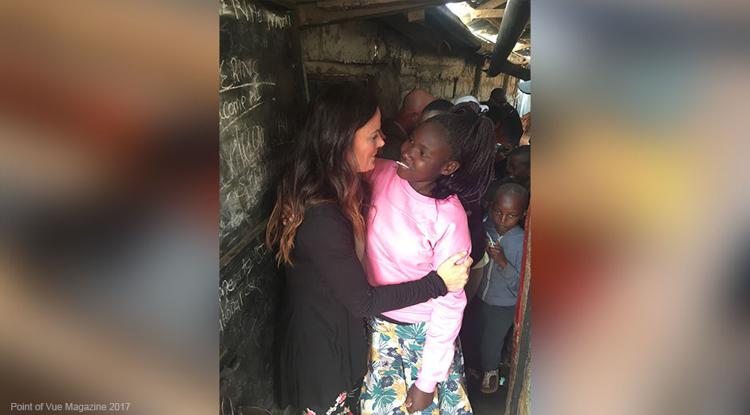 Her eyes spoke volumes before her lips moved. High cheekbones and hollowed-out features told her story better than her words.

“We have known hunger,” she stated simply.

During my trip to Africa, our worlds intersected for brief moments. The red African dirt beneath our feet was shared during our days together. We connected as mothers do. Her day is our night, but the bond of motherhood overcame ethnic lines and geographical divide.

“I’m so tired,” she confessed.

Her job was suddenly ended by a political system that gives little voice to the people it dominates. Her place of work was cut off suddenly because the government decided her work building would be better used as a roadway instead.

She didn’t ask me for help with finances, though. Her first question to me was about motherhood. “How do you make sure you’re doing your best?”

Her question hit me. She had stayed behind to ask me how I do my best, as though I would have an answer for that.

I couldn’t speak for several seconds. Her shoulders still held a hint of the woman she once was, in their refusal to slump because of life’s hardships. Her best is all she has to give. She can’t give money or things, but she can give what every mother longs to give – her best.

I held her hand as I spoke to her in hushed tones. Perhaps our ages were about the same, but she seemed years older, her eyes burdened by years of backbreaking work with nothing to show.

“You are giving your best simply being their mom,” I told her. “All we have to give is ourselves.”

In the absence of food, she is the loving arms wrapping around children whose bellies scream from days of emptiness. “I have no advice other than to give yourself,” I repeated.

Our hearts intertwined, as we both longed for our own answer to the question.

We spoke for several more minutes. Talked about discipline. Talked about love. As we both stood to leave the room, our eyes locked and our arms wrapped around each other, both knowing that when I left her country in a few days, we would likely never meet again. So, we encouraged one another to each go home to our babies, vowing to give our best, by giving ourselves.

It’s been over a month since we spoke, and I think of her often. Do they have enough to eat? If she’s not eating well, how is the baby in her womb faring? It’s so hard to give yourself when you feel so worn by this world that there’s little left over to give.

I’ve repeated my own advice to myself. I whispered it to myself, as a long day turned into a difficult night, with more problems with children than I care to admit.

“Just give yourself,” I whispered.

So, I did. And somewhere, an ocean away, I prayed she was doing the same. My day ending, hers probably just beginning. May we forever be known as people who give ourselves, even on days when we feel that we have nothing good to give.