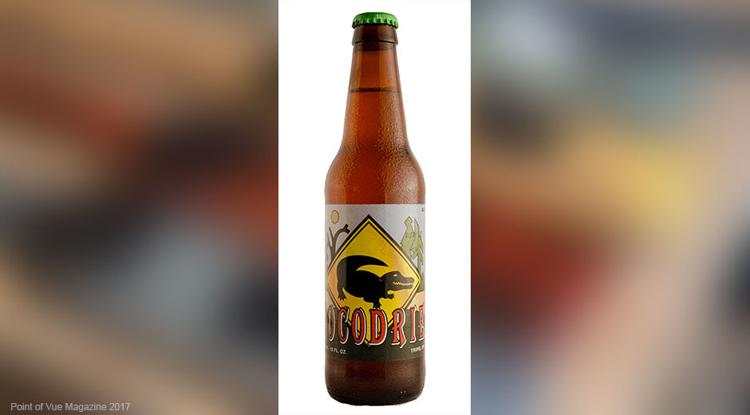 Growing up in South Louisiana I posed for more than my share of photos sitting on giant gators. My dad and uncles would return from gator hunting expeditions, and the family would gather for the men to regale us with tales of the hunt. I recall those days as being mixed with excitement and some trepidation. Sure, the alligator was no longer a threat, but as a young child straddling a ten-foot beast for a photo op brought about some anxiety.

No matter how many times you sat on one of those toothy creatures, your young imagination could dream up scenarios where that gator would awaken and scare the bejeezus out of you. As my cousins and I would line up for our turn to sit on the fearsome brute, we did so with respect for what that animal was capable of.

Cocodrie is Cajun French for alligator, and this Belgian style ale is stuffed with enough hops to stand up to a sauce-piquant prepared with one. Just like those gators of days gone by, this brew is one to be approached with great respect…or you may not make it to the end of the fais-do-do. At 8% ABV this Belgian Tripel IPA features Aramis, Aurora and Bobek hops, which are added in six separate hop additions. The guys at Bayou Teche Brewing then dry hop Cocodrie with French and Styrian hops. This barrage of hops gives us a fruity, citrusy, herbal 60 IBUs.

The Belgian IPA is style that is still very much in development, and I’m excited to see one of our great Louisiana breweries on the cutting edge of brewing it. It’s a style born as much from American ingenuity and experimentation as it is from storied Belgian beer tradition.