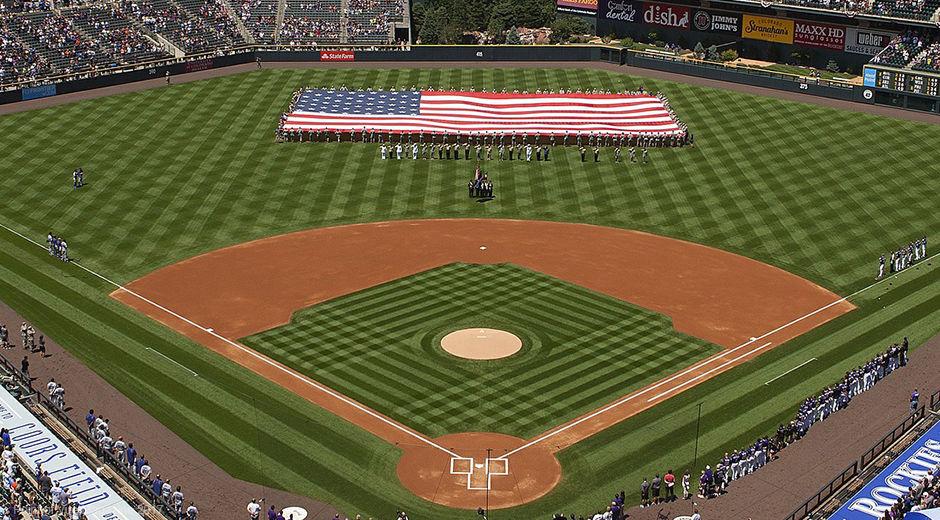 Take Me Out to the Ball Game…

Sure, everyone has his or her own little quirks and superstitions that they might believe in. Things like not stepping on cracks or not walking underneath an open ladder are pretty common. Athletes often take superstitions a little bit further, with baseball players earning the reputation for having the strangest ones. Baseball players often perform elaborate rituals before games that range from eating certain foods to drawing symbols in the dirt, all in the name of keep a winning streak alive or to help pull the team out of a slump. The most common superstition of all? Don’t step on the chalk lines!

The strange and sometimes dramatic rituals are well recorded for us to ponder. Former third baseman Wade Boggs (Boston Red Sox) is reported to have eaten chicken before every game and took exactly 150 groundballs during practice. He also drew a chai in the dirt of the batter’s box. Jason Giambi (New York Yankees) famously revealed his secret to getting out of a hitting slump was a gold lamé thong. His teammates also revealed they wore the thong too when needed to up their batting average.

Former Major League player Jason Grilli also used the power of a baseball card to help him in his career. Growing up, Grilli was both a pitcher and a hitter. So he glued together his favorite baseball cards – one of Nolan Ryan and the other of Ken Griffey Jr. On days when Grilli pitched, he placed the card in his cleat with Ryan’s side up. When hitting, he placed it in with Griffey’s face up.

Professional baseball players aren’t the only ones that have superstitions. The traditions begin early on, often in Little League! It just so happens the baseball team at Nicholls State University has a few superstitions of their own!

“My biggest superstition is when I am on deck waiting to hit. I always put the bat weight on my bat and then I make the sign of the cross. After that, I spread my legs and stretch down, reaching to each leg and then I will stand up and twist to each side to stretch my back. Once I take two or three practice swings with the weight on my bat, I’ll hit the knob of the bat on the ground to make it fall to the ground and then I will slide it up against the wall near the dugout to get ready to hit. I do it exactly like that every time.”

“Every Friday morning before our first game of the weekend, I make sure to get a good breakfast in. If we win, I always eat the same exact thing the next morning. I wear the same pair of underwear every game, too. And before I hit, I remember the order of the way I put on my helmet, batting gloves and shin guard. And if I reach base, I make sure I put them on in the same order. Really, I am constantly thinking about little things I am doing and if something goes right, I keep doing it. If things are going wrong, I change it all up.”

“I make sure I get exactly 9 hours of sleep the night before a game. On the day of a game, I drink an energy drink before the game and during the game. I also have to hit the tip of my cleats with my bat before standing in the batter’s box.”

“When I walk up to the plate – no matter if it’s a dirt field or a turf field – I scrape the ground with my foot three times. Then, I take a swing and after, I get a sign from my coach. Also, I always wear a pair of dress socks under my baseball socks for every, single game. I have a Dr. Pepper before every game, as well.”

“We have a couple entrances to our dugout and if we have an inning where we score a few runs, I will make sure to always leave out of the same entrance when I’m going onto the field to coach third base. Also, if I have some gum in and we start playing good baseball, I will leave the gum in. Just little things like that. My sunglasses, too. I have a few pairs and if one pair gets hot, I will use them more – just little things like that.”