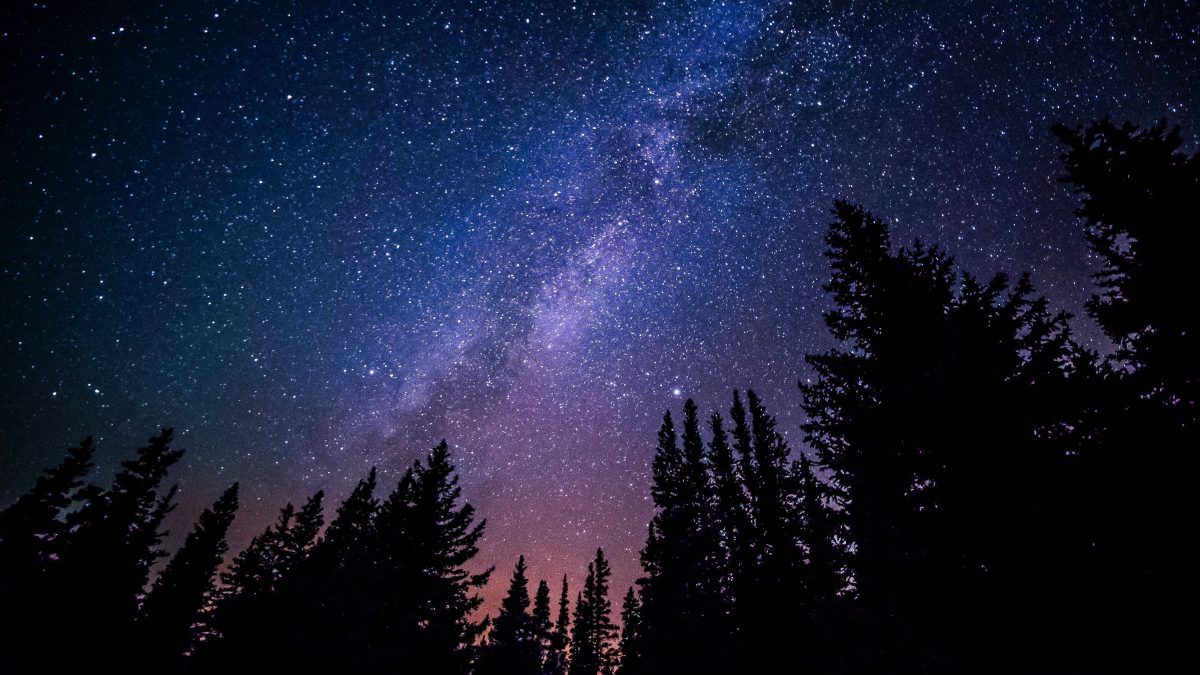 Tonight, Jupiter and Saturn will come so close to each other (6 arc minutes) that they will appear to be one bright star in the sky. Referred to as the “great conjunction” and also “Christmas Star,” the last time these two planets appeared so close was on July 16, 1623, when they were only 5 arc minutes apart, according to space.com.

However, the last time most of the world’s population had a favorable view of these two planets coming so close to each other was on March 5, 1226, when they were even closer together (two arc minutes) compared to what people will see tonight, Dec. 21, according to space.com.

“Some have suggested this holiday season that these two planets might be a replica of the legendary Star of Bethlehem,” reads space.com. “Actually, one of the more popular theories for the “Christmas Star” was a series of conjunction between Jupiter and Saturn in 7 BC.  For in that year Jupiter and Saturn met not once but three times that year (in May, September and December).”

“This year’s great conjunction also falls on the first day of winter in the Northern Hemisphere. Some have referred to the planetary alignment as forming a ‘Christmas star,’ in reference to the Star of Bethlehem, given the event falls only a few days before Christmas,” said  Meteorologist Dave Nussbaum with WWL-TV. “However, this will NOT look like the star you read about in the Bible.”

Nussbaum also offered tips for checking out the rare phenomenon:

“Look in an unobstructed part of the southwestern sky, about an hour after sunset since the planets will set below the horizon quickly, or around 6:00 p.m. They will be easily visible to the naked eye, you can see them in more detail with binoculars, or a small telescope. They will remain in close alignment for a few days, but tonight they will be the closest. While the two planets may be viewed as one point of light, they will remain hundreds of millions of miles apart in space, according to NASA.” 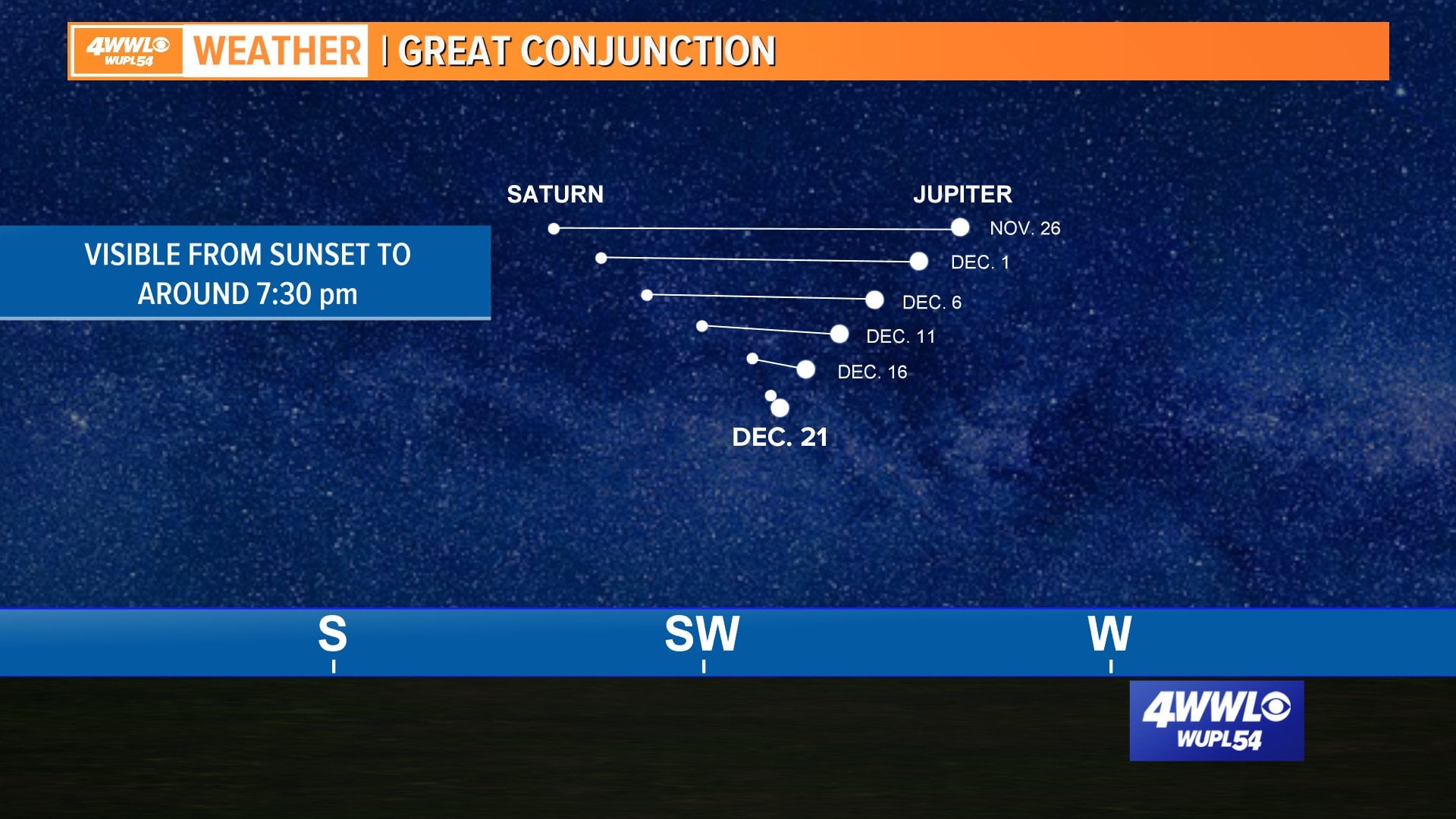 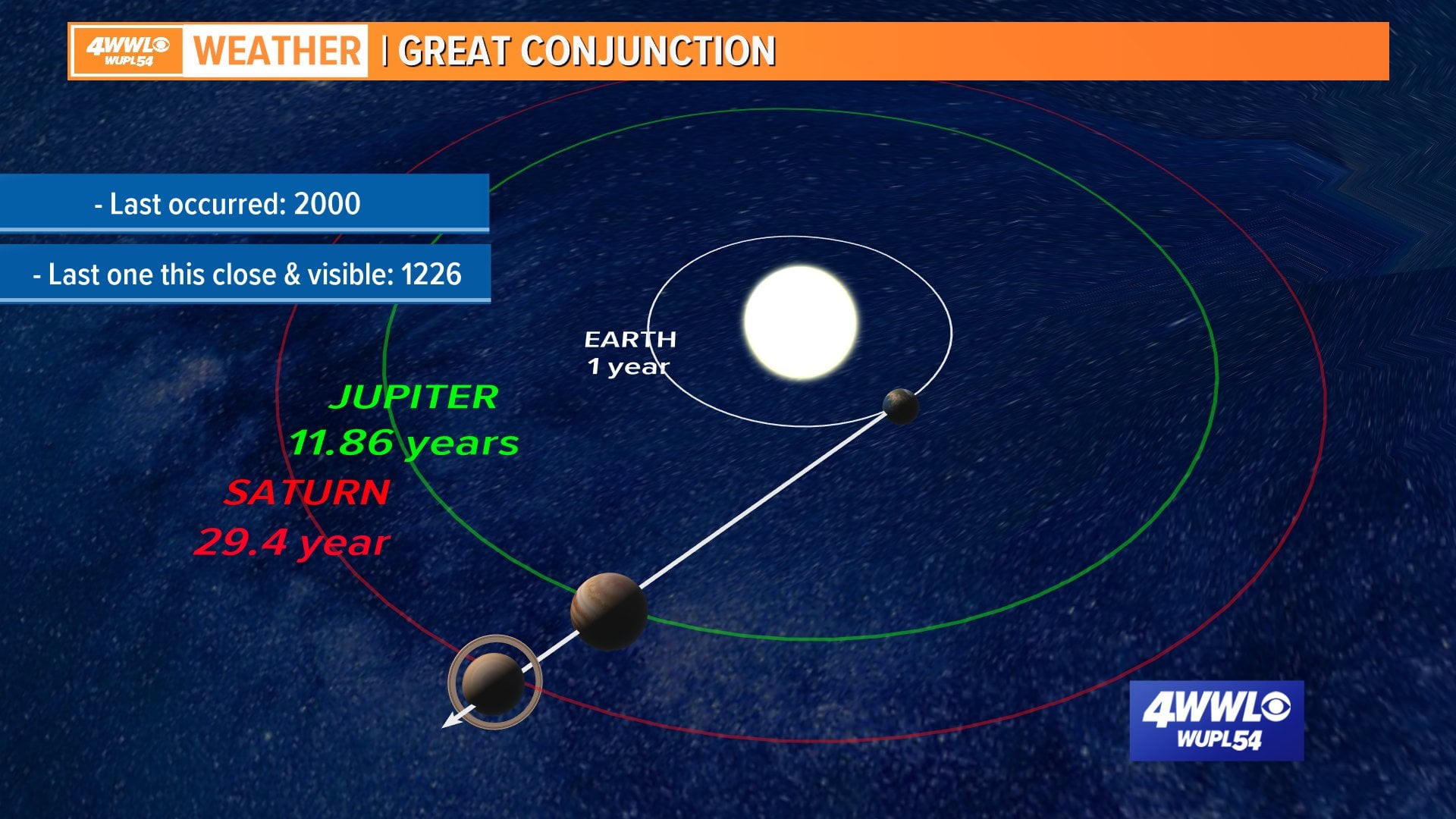