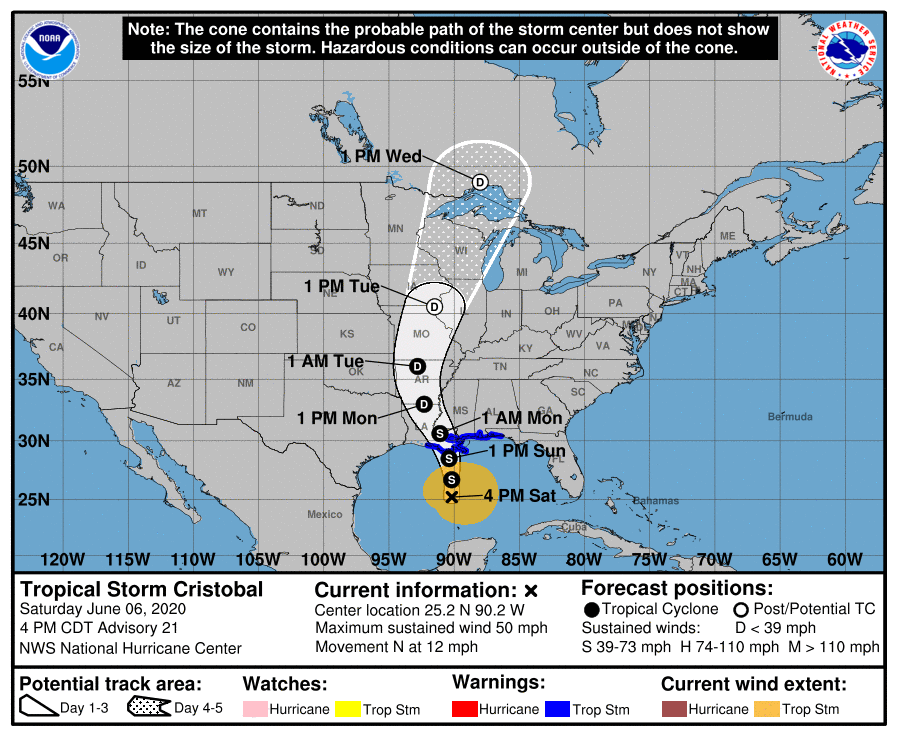 The major rain bands for the storm are off to the east, further away from Louisiana, where the center of the storm is predicted to come ashore tomorrow. Forecasters have considered re-classifying the storm as subtropical due to its lopsided nature. 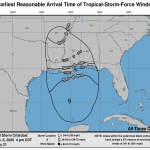 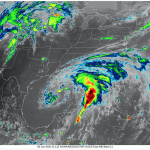 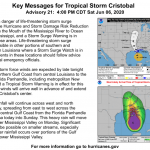 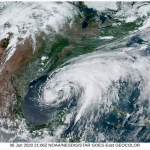 At 400 PM CDT (2100 UTC), the center of Tropical Storm Cristobal was located near latitude 25.2 North, longitude 90.2 West. Cristobal is moving toward the north near 12 mph (19 km/h) and this general motion is expected to continue for the next day or so, followed by a gradual turn toward the north-northwest. On the forecast track, the center of Cristobal will move northward over the central Gulf of Mexico today and tonight, and will be near the northern Gulf of Mexico coast on Sunday. Cristobal’s center is then forecast to move inland across Louisiana late Sunday through Monday morning, and
northward across Arkansas and Missouri Monday afternoon into Tuesday.

Tropical-storm-force winds extend outward up to 240 miles (390 km) from the center. The estimated minimum central pressure based on data from the Air Force Hurricane Hunters is 994 mb (29.36 inches).