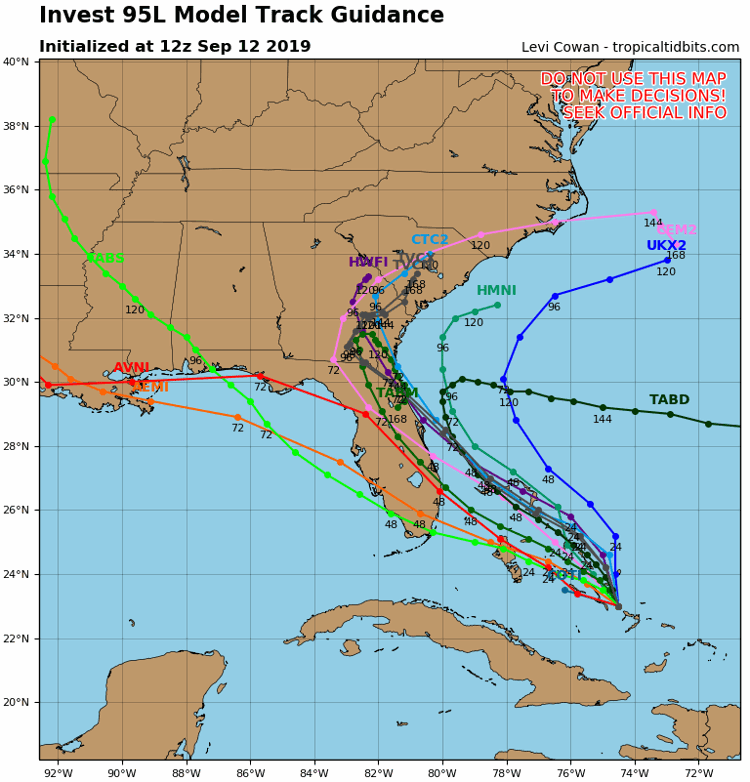 It’s still too early to rule out Invest 95L entering the Gulf of Mexico.

But new computer guidance has shifted the forecasted impacts drastically to the east, which means that our area could receive no impacts at all from the tropical system.

The National Hurricane Center again raised development predictions for Invest 95L, now saying it has an 80 percent chance to develop tropically in the next 5 days.

The system, located north of Cuba’s far eastern shore hasn’t moved much in the past 24 hours, jogging mostly to the north.

But over the next couple of days, a speedier motion is expected to the northwest.

The system was one widely forecast to drift into the Florida panhandle, then enter the Gulf of Mexico.

But model guidance has now drastically shifted and the system is expected to ride up through Florida and avoid the Gulf altogether. Some models even take the storm into Atlantic and toward the Carolinas.

But weather experts say with small, undeveloped systems, the forecast accuracy is poor, so there is a chance the models reverse-course and take the storm back into the Gulf.

Landfall for the storm is not predicted until early next week, should it make it to the northern Gulf.

if the storm stays to our east, impacts locally will not be present.