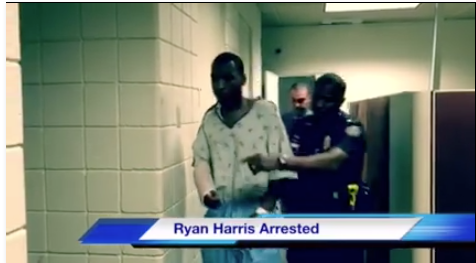 A Napoleonville man who police say shot another on a crowded Carnival parade route Sunday – and who was also shot – was booked on multiple charges after his discharge from a hospital Tuesday.

Thibodaux Chief of Police Bryan Zeringue said 20-year-old Ryan Harris was booked on charges of attempted 2nd degree murder, unlawful use of body armor, terrorizing and illegal carrying of a firearm at a parade during the commission of a crime of violence.

As several thousand people were gathered at Jackson Street and Canal Boulevard to view the Krewe of Shaka parade, the first of Thibodaux’s Carnival season Harris, who was wearing body armor, allegedly approached Quincy Johnson of Napoleonville and shot him in the chest, Zeringue said. Johnson returned fire, striking Harris on his left side. No other injuries occurred. Police recovered two handguns that were reported to have been stolen. Harris, who had fled the scene, was found around 150 yards from where the shooting took place. Quincy Johnson fell to the ground after being shot. Both were transported to the Thibodaux Regional Medical Center for treatment.

Harris was released from the hospital at about 8 am. Tuesday at approximately 8:00 a.m. Tuesday, whereupon officers took him into custody. He is being held at the Lafourche Parish Detention Center in lieu of a $575,000 bond.

Johnson is still hospitalized and is authorities said a determination of charges against him is pending. •