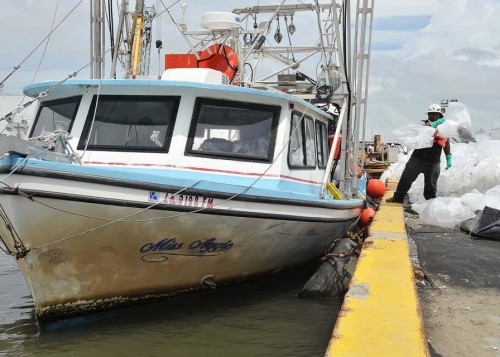 Taxable oil spill income could be another mess

Employers have until Monday to mail W-2 forms to their employees. Businesses making use of contract workers are faced with the same deadline to issue 1099 statements for the tax season. Jan. 31 is also the deadline for the distribution of bank interest income reports, dividend forms and retirement plan distributions to taxpayers.

Preparing for tax season can be confusing, or at best a headache for most people, under normal circumstances. For those that have received compensation from the Gulf Coast Claims Facility, related to the BP Deepwater Horizon explosion and oil spill, 2010 returns will additionally require that payments be claimed as taxable income.

Houma-based CPA Mark Felder said this year might have more Gulf Coast residents needing to seek professional help in filing tax returns than in the past because of the required income claims for compensation, loss and damages.

“I haven’t dealt a lot with this as of yet. But typically when someone receives this type of income they are going to receive a 1099 form. [It should be] from either BP or the Gulf Coast Claims Facility. I guess it depends on the type of payment they received and what it was for,” Felder said.

This tax specialist explained that a self-employed shrimper, for example, would need to take in a 1099 plus all of his or her other business receipts and expenses for tax preparation.

“If someone was just an employee of some of the shrimp processors or employees of seafood restaurants that were all receiving payments, I’m not sure what they might need besides a 1099 and all of their regular tax information,” Felder said.

Individuals that are not self-employed are not likely to have related expenses to any oil spill compensation received. In turn, they would not require as much documentation.

Felder said that most people have not received all of their tax information to date. “We’re not really sure if we’re going to get a lot of new clients this year with BP checks. We’ve had existing clients that had received some money. So, we spent some time with them prior to the tax year,” he said.

Tax professionals started at the end of 2010 to remind shrimpers and other Gulf coast businesses that needed work done to their boats or needed to buy new equipment to do so because those tasks are deductible.

There is not a lot anybody can do now to minimize the impact on last year’s taxes, according to Felder, and any expenditure made now cannot be pushed back into 2010 to offset that income.

Many people, it is believed, could be pushed into higher tax brackets because of oil spill compensation.

“For most people I think there is going to be somewhat of a shock regarding the amount of taxes [that are going to owe]. Also, for people with very low incomes that have rarely filed returns in the past, I’m not sure,” Felder said.

“From what I have read there seems to be some substantial amounts that have been paid to some people and other people are dissatisfied with the amounts of money that they have received. With each individual it is a unique situation and most of them, I think, would probably benefit from a professional tax preparation instead of trying to do it themselves, especially if they never have been in a situation where they have never had this kind of income before.”

The Internal Revenue Service has set up a hotline telephone number with staff members available to answer questions surrounding the Gulf oil spill regarding losses and compensation.

An IRS tax law specialist who identified herself as Miss Hoffner n withholding her first name as a security policy n said that she has received an average 25 calls a day from individuals with questions about oil spill settlement checks and claiming that income.

“Essentially, it depends on what kind of income it is. If they’re receiving a payment for lost wages, that payment is going to be reported to them on a 1099 miscellaneous and the payment amount will show in box three as other income. That payment then will be recorded on a 1040 line 21 as other income. If they received a payment for self-employment they will report that the same way they would self-employment income on box seven as unemployment compensation,” Hoffner said.

It is not necessary to specify that the added income from an oil spill claim be reported separately from other income documents, but it does need to be reported. Lost wages would be included in gross income and self-employment with a Schedule C or a Schedule SE. The related income would be recorded on those forms.

For those individuals and businesses that received claims compensation for damages to property, payments are expected to be more in the nature of having received an insurance check, which is not taxable because it is considered to be money to repair damages.

Taxpayers with questions may call the IRS hotline number at 1-866-562-5227. Tax specialists are available Monday through Friday from 7 a.m. to 10 p.m.

Fishermen hired in the aftermath of the BP Deepwater Horizon explosion are faced with another challenge: Computing taxes. COURTESY PHOTO