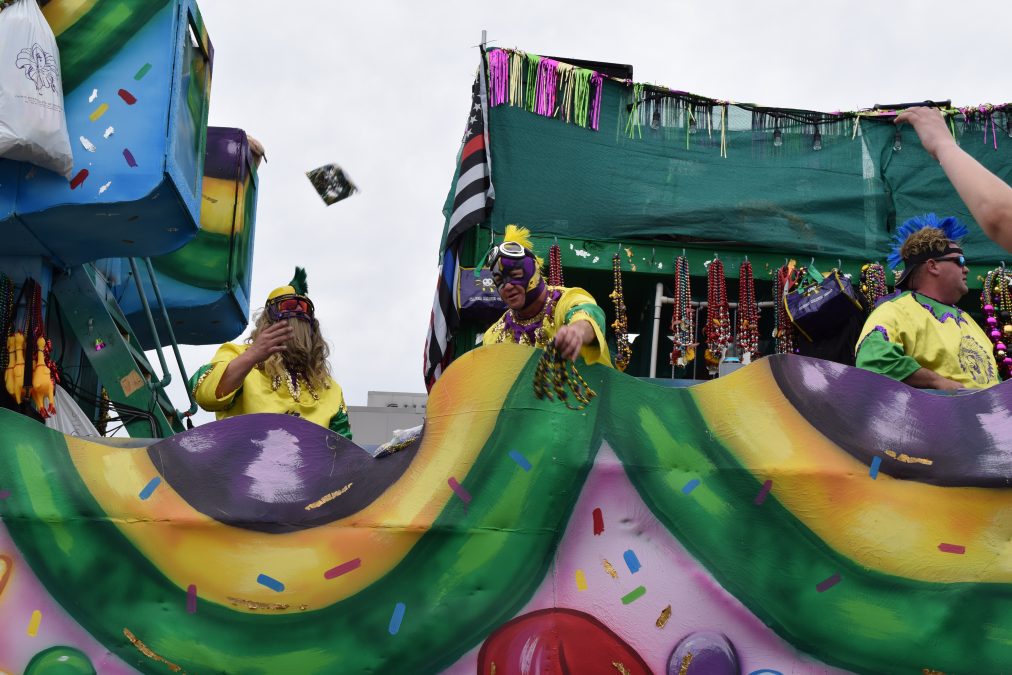 Terrebonne Parish Mardi Gras krewes have created a plan to hold parades in April if allowed — contingent upon where the parish is at in regard to COVID-19 prior to rolling.

According to John Poiencot, President of the Krewe of Terreanians, three weekends in April were chosen for parades to be conducted, starting with the weekend of April 9. The first weekend Hercules, Aquarius, Titans and Hyacinthians would roll, he said, and the following weekend would be set for the Krewe of Mardi Gras, Aphrodite and Terreanians. He said the last weekend would be reserved for the usual Monday and Tuesday Houma parades and the Montegut and Chauvin parades.

Terrebonne Parish President Gordon Dove did not attend last night’s meeting, but he sent a letter to the Carnival clubs. In it, he set a tentative date of March 16 to further discuss krewes rolling. He said the vaccination process needs to help achieve at least 70 percent herd immunity.

“So, a Mardi Gras extension, if any, will depend on the public distribution of the vaccine,” he wrote. “From this point we can then bring this matter before the council and the public.”

Due to rental contracts, not riding in 2021 will have a huge economic impact on krewes, Poiencot said. However, he emphasized that the public’s health has been the top priority in discussions among the clubs.

“We have been concerned for the public. And we have been preparing for that [ dealing with the pandemic],” he said. “Every president that sat at that table said that our members of the general public will come first.” 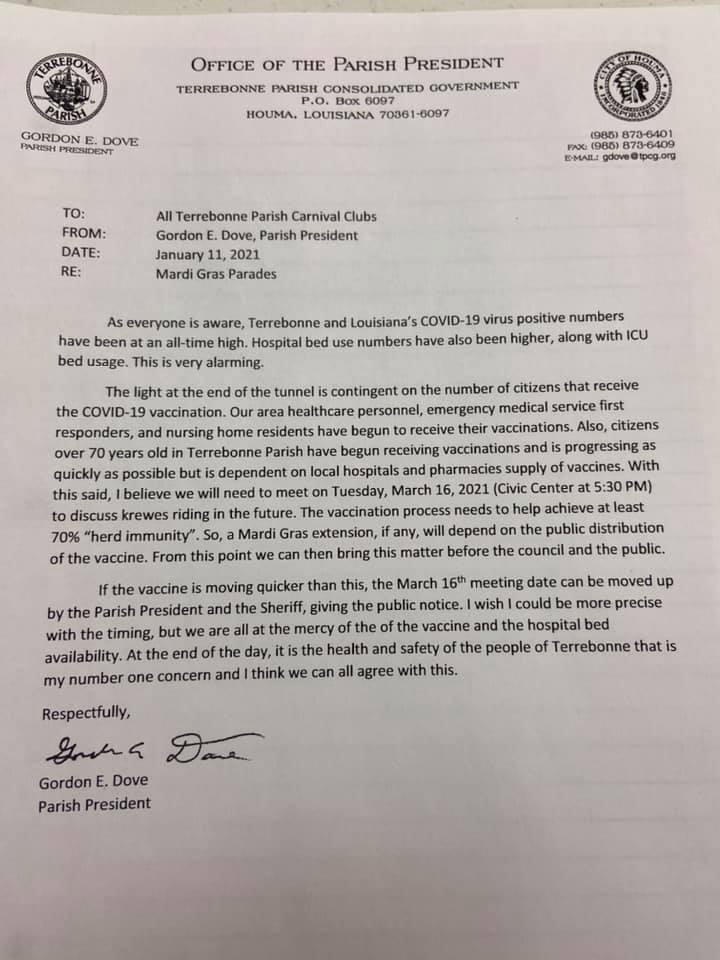