What is the difference between conflict and bullying? 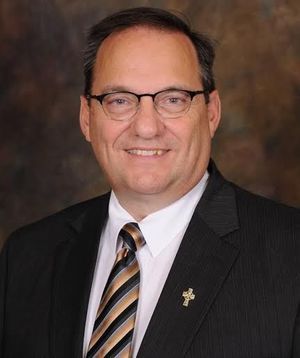 According to PACER’s National Bullying Prevention Center conflict is “a disagreement or argument in which both sides express their views.” On the other hand, PACER defines bullying as “negative behavior directed by someone exerting power and control over another person.” They further specify that “bullying is done with a goal to hurt, harm, or humiliate.”

Bullying is alive and flourishing within the leadership of our Terrebonne Parish Consolidated Government. It’s no secret that, while Parish President Gordon Dove and I agree on many issues, there are also many on which we disagree. These disagreements can simply be viewed as conflict if the disagreements were expressed, debated, and voted on by the council. But, sadly that’s not the end of the story.

Dove has repeatedly attempted to belittle, intimidate, and humiliate anyone who disagrees with him. Whether a council member or a member of the general public who comes to meetings to express displeasure regarding a particular issue, Dove has falsely accused them of not doing their jobs, not knowing what they’re talking about, being irresponsible, and any other insult that so easily flows from his mouth.

While these aggressive actions clearly illustrate signs of bullying, in one council meeting I actually defended him by giving him the benefit of the doubt and referring to his actions as signs of passion. I was wrong. Not only are his tactics a clear sign of bullying, but he has sunken to a new low over the past few weeks.

Despite his “warnings” that could easily have been construed as threats, I have continued to express my disagreement on the wasteful manner in which Dove is spending parish dollars despite the fact that the parish’s finances are deteriorating. I have voted against paying a lobbyist over $40,000 per year with public money. I have voted against paying $180,000 to an energy consultant. I have voted against giving pay raises to select parish employees during this economic downturn. I have most vehemently argued against and voted against allowing the parish to lease parking space from MARFO (owned by Martin Folse) for over $20,000 per year when we don’t need the parking space. I have expressed a need for the Terrebonne Parish Council to have access to its own legal representation rather than using the legal representation that reports to the parish president. I have argued against bringing building inspections in-house with the only justification being a savings that is based on fictitious budgets. With the exception of the parking lot lease which is still being considered, all of these other issues past without my support. That’s not good enough for this parish president. He seems to see disagreement as an enemy action.

And now, Parish President Dove has singled me out and brought his level of bullying to a new low by keeping me from properly representing my constituents. A couple of weeks ago, I contacted Mr. Dave Rome, Interim Director of Public Works, regarding a minor issue in my district. To my surprise I was told by Mr. Rome that the issue first needed to be reported to Mr. Steve Ponville. I asked if Mr. Ponville had a new job that made him responsible for such activities. After a brief exchange I was informed that Mr. Ponville only needed to be contacted by me and not by other council members who need to address issues within the public works department. It is my understanding that any other council member can contact Mr. Rome directly. Despite the fact that my previous contacts with Mr. Rome or his predecessor Mr. Mike Toups have involved appropriate requests and never infringed on their time or resources and were never made as a “direction”, they were told my requests would have to be handled differently from everyone else’s. So now the people of District 3 and I have a roadblock set up by the parish president to hinder my ability to address issues to which my constituents deserve resolution.

In my two requests to Mr. Ponville, I asked how he came to have this responsibility. I have not received an answer to that question. I certainly don’t mind if administration has a need to have someone be specifically designated as the council’s contact person. I do, however, object to discrimination against me or the people in Bayou Cane, Broadmoor, Oakshire, and Southern Estates simply because the parish president doesn’t like my opinions. This seems to be another one of his bullying tactics specifically aimed at me.

Dove’s bullying was highlighted yet again last week. I requested an appointment from Forced Drainage to go to the 1-1B pump station to observe the operation and learn about its abilities and concerns. The 1-1B pump station is the station with primary responsibility for draining District 3. I have a right to this information and knowledge. The appointment was scheduled for 7:00 a.m. on Wednesday, March 21. With no phone call or advance notice, upon my arrival at the Forced Drainage Department, the Superintendent told me that I could not go see the operations at the pump station without permission from Mr. Ponville. In speaking with the Forced Drainage Superintendent and Mr. Rome, I informed them that this was unacceptable. They explained that it was not personal. I assured them that it was definitely personal since I am the only council member for whom this rule applies. They seemed to agree. Mr. Rome indicated that he was prepared to allow the superintendent to accompany me to the pump station, but said he had contacted now Parish Manager Mike Toups and was waiting for a response.

Moments later, President Dove called the Forced Drainage Superintendent’s cell phone. After a brief conversation, the Superintendent handed me his phone. When I answered, President Dove proceeded to speak to me using profanity. Upon his use of the words “G__ d___” I hung up the phone. I do not speak to anyone in such a barbaric manner nor do I accept it from anyone who is speaking to me.

I sent a letter expressing my concerns to Chairman Steve Trosclair who replied simply to say that it is not his responsibility as chairman to address disputes between council members and the parish president.

President Dove may not see himself as a bully, but it is a bully’s victims who identify someone as a bully. I am truly amazed at the number of people who have expressed a fear to speak up in disagreement against this administration. I am proud of those who have chosen to do so.

As a councilman, it is my job along with the other eight members of the council to serve with administration. We are not under the direction of administration. President Dove should embrace differences of opinion rather than be threatened by them. If we always agreed, then someone is not doing their job correctly.

The people should not have to fear their government and no branch of government should be bullied, or even over-shadowed, by another. We cannot go wrong with honesty, transparency, open discussion, and a checks and balance system that was intended to be exercised in every level of government across this country.

There are many good programs in our schools that address the problem of bullying. Hopefully, these programs are making some headway into this tragic problem. Perhaps the best way to address bullying in our schools, on our playgrounds, and in our neighborhoods is for the adults in the community to set the example for our children. I hope our parish president steps up to the plate to eradicate bullying from our government and from our parish.