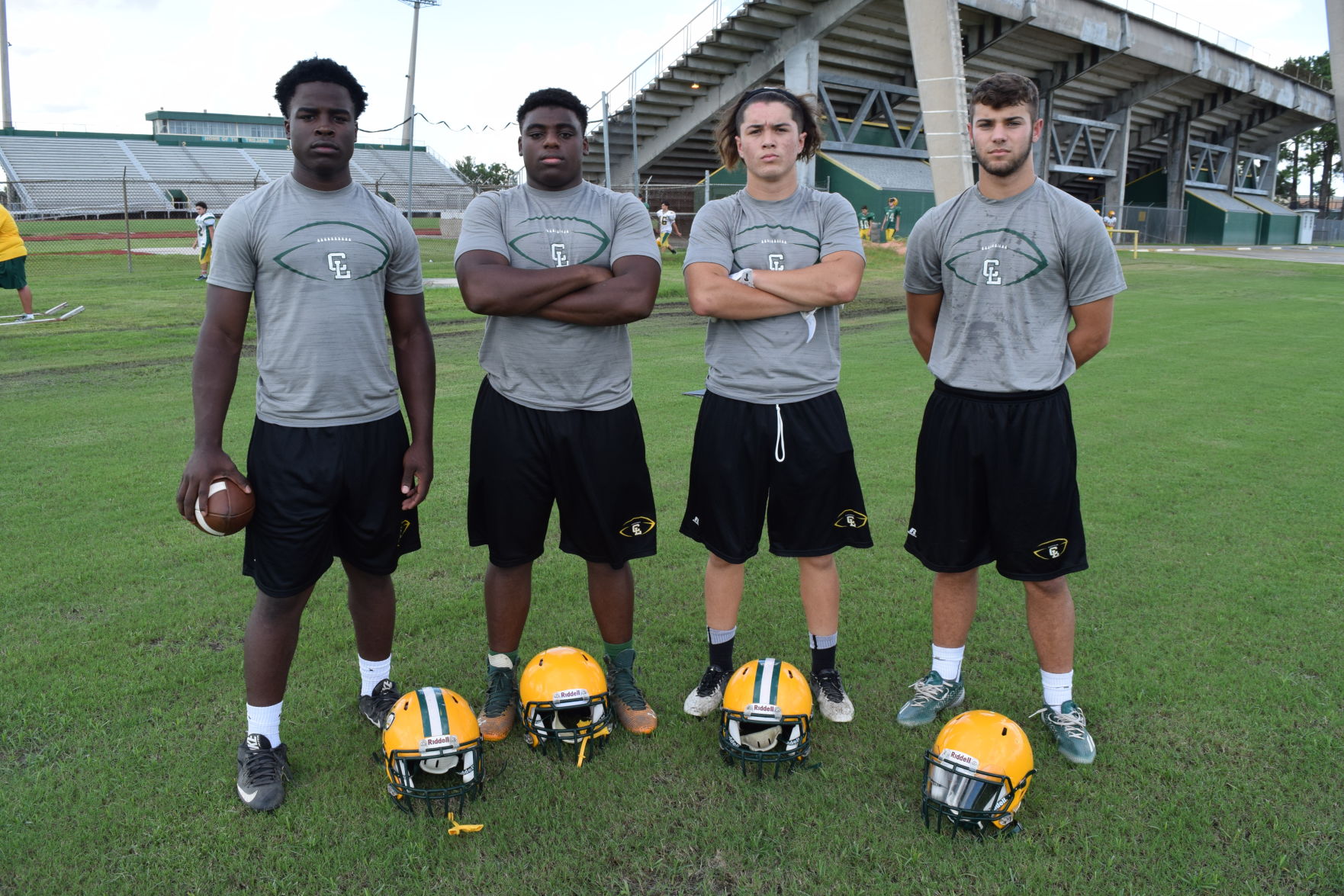 This year will mark the 50th season that Central Lafourche High School fields a football team.

Spirits are up around Central Lafourche, as the Trojans aim to build off a playoff season in 2015 – the first time the team made the postseason under veteran coach Keith Menard.

Players said making it to the dance last year built a hungry spirit in the team’s locker room.

With the taste of the playoffs still fresh in their minds, Trojans players said they’re eager for more in the new season.

“We went to the playoffs, yes, but we got beat once we got there,” senior safety Norman Taylor said. “We remember that. We remember how we felt when we walked off the field. We’re happy we got to experience it, but we all remember that and we don’t want it to happen again. We want to go back and make amends for that.”

Defense is where the Trojans like to butter their bread on Friday nights.

Central Lafourche plays an attacking 3-3-5 scheme – one which puts a lot of pressure on opposing offenses to execute on every, single play.

But the Trojans’ defense was hammered by graduation last season, which has many pundits wondering if the team can maintain its frantic pace this fall.

As far the intensity? So far, so good. The group draws high praise from the team’s offense – the unit who battles the defense in practice every day.

“They’re doing great,” halfback Nelton Allen said. “People don’t believe it, but they’re flying to the ball faster than they did last year a lot of the times. We’re really happy with them. They’re doing great.”

Weaver said that annual intensity is bred from within and is a tradition at Central Lafourche. He said it’s a philosophy that was instilled into this year’s seniors when they were freshmen and sophomores. They are, in turn, teaching it to this year’s underclassmen in 2016.

Offensively, the Trojans have their share of weapons. They also have Menard, who has a reputation for being one of the finest offensive-minded coaches in the area.

At quarterback, Jake Allemand is the guy – a first-year player who will be replacing Austin Aucoin, who was a multi-year player in Central Lafourche’s spread formations.

Allemand’s right-hand man will be Allen, who he called the best every-down back in the Houma-Thibodaux area.

Allen rushed for more than 1,000 yards in his junior season.

“He’s a beast back there,” Allemand said of Allen. “He helps me so much and makes my life so much easier. If we need one yard, two yards or just a play to be made, I know that I can count on him. He makes so many things happen out there and he’s just such a really good player. We’re so happy to have him on our side.”

The halfback said Allemand has a firm grasp of Central Lafourche’s offense, and has a knack for reading defenses at the line of scrimmage.

With the right calls and proper protection, Allemand can distribute the ball to the Trojans’ loaded receiver corps, led by David Robinson and Kenneth Poindexter – both of whom stand above 6-feet, 3-inches and can make plays in the red-zone over the top of quality coverage.

“We have a lot of weapons,” he said. “That is one of our biggest strengths. We have guys who can put the ball in the end zone.”

“We’re explosive,” Allen added. “We know on any given play, we have a chance to score.”

But, as always, the Trojans’ schedule is brutally tough.

To get back to postseason, Central Lafourche has to survive a non-district slate which features Patterson, Vandebilt, South Terrebonne and South Lafourche. Once they get past that, the Trojans have to play the always-tough District 7-5A grind, which features dates with River Parish powers Hahnville, Destrehan and East St. John, as well as Lafourche power Thibodaux High.

The Trojans know it won’t be easy – it never is.

But they remember the grind from a season ago and know what it takes to overcome it and get to the playoffs.

Now, the challenge is figuring out how to win once they’re there.

“There are people down on us,” Taylor said. “But that’s motivation. We just want to prove them wrong.”