Slump? Yes. But hope remains: Officials optimistic that oil and gas can recover 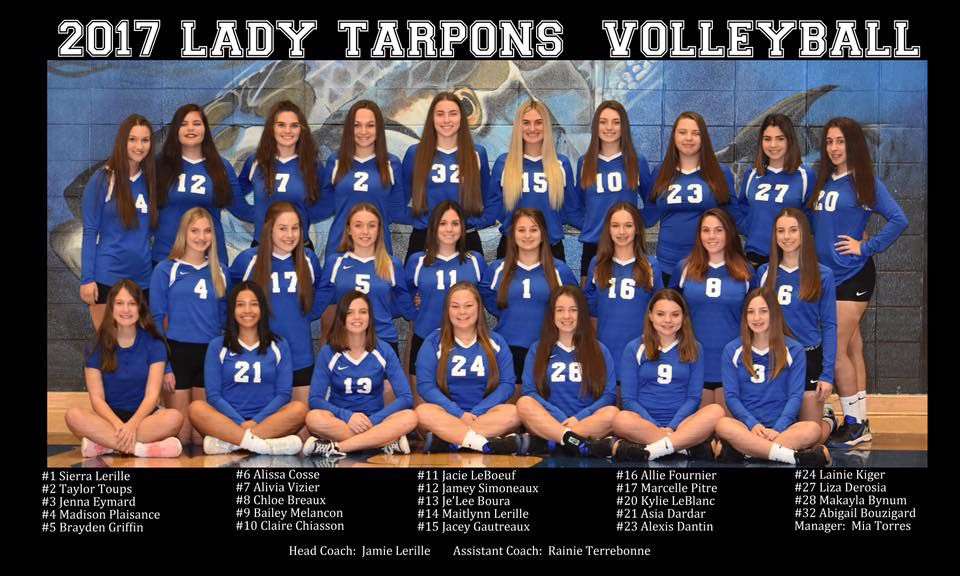 But in the past few years, the team has been rewriting the school’s record books and changing its history in a big, big way.

The Lady Tarpons are a program on the rise – a team which made the playoffs for the first time ever in 2015, but has now quickly risen to the pinnacle in Louisiana’s Division II hierarchy.

At press-time, South Lafourche was ranked No. 2 in the state for Division II, owning a 14-3 record, including victories over several annual playoff teams, including De La Salle, Central Catholic, H.L. Bourgeois, Hahnville and Destrehan.

Coach Jamie Lerille said the ride has been fun, adding that the success the team is enjoying is a product of the hard work and determination of the Lady Tarpon players throughout the offseason.

“We have had a great start to our season,” Lerille said. “The girls have learned different things with their travel teams in the offseason and they all came back together even stronger. They are focused and determined.”

This volleyball Renaissance down the bayou has been several years in the making and has taken countless years of hard work and dedication from this core group of South Lafourche players.

Volleyball hasn’t always been a year-round sport for kids in that part of Lafourche Parish, but thanks to the efforts of Lerille and several other parents, more kids are playing on travel teams throughout the offseason, which is helping develop the skills of the Lady Tarpons’ volleyball players throughout the year.

On the court, it shows.

South Lafourche is one of the deepest teams in the Houma-Thibodaux area, drawing contributions from several players throughout matches. The Lady Tarpons utilize Marcelle Pitre, Jacey Gautreaux, Taylor Toups, Sierra Lerille, Abigail Bouzigard and Jacie LeBoeuf, among others for a multi-faceted attack.

“This group of young ladies have been playing volleyball together for a couple years now,” Lerille said. “They all know their role on the team and perform very well. Everybody has been on. If they are off in one aspect of the game, they pick up the slack in another. They learned to stop stressing over a mistake that they made and work hard for the next point. I have been asked more than once who the best two or three players are and I keep saying the same thing: ‘They all play their role.’ We are willing because they all contribute to the team’s success.”

That team-first approach has helped the Lady Tarpons be flawless – even in some of the most stressful situations they’ve encountered this season.

South Lafourche has been in several close matches throughout their dominant run, but the team always finds a way to play its best when all of the chips are out on the table.

The Lady Tarpons have played eight matches that have come down to a decisive final set.

In those matches, South Lafourche has a remarkable 6-2 record.

Another impressive stat is the fact that South Lafourche has only been beaten in straight sets once this season and the team has only lost back-to-back sets three times.

That, Lerille said, is proof that the Lady Tarpons have a balanced attack and can beat opponents both with its offense and also with defense.

“We have always had a good offense here,” Lerille said. “This year, we have been hitting the ball extremely well and we have been playing some great defense, as well.”

So now, the Lady Tarpons have their eyes on making some noise in the playoffs.

In 2015, South Lafourche made postseason for the first time in school history, but lost in the first round.

Last year, the team got back to the dance and won a game while there before losing to Assumption in the second round of postseason.

This year, South Lafourche is in a position to do much more than that.

Lerille said South Lafourche wants to earn a Top 8 seed in Division II, which would earn the team a first-round bye.

That shouldn’t be a problem. The team is currently No. 2 in the state and several of the Lady Tarpons’ future opponents are teams that South Lafourche has already beaten.

From there, the team wants to make a run – namely deep enough to make it all the way to the Ponchartrain Center for the LHSAA State Tournament.

The coach said she thinks her team has what it takes to make their goals a reality, but added that the team must continue working hard throughout the next few weeks to get ready for postseason.

But hard work and dedication are calling cards of this team and are a big reason why South Lafourche is where it is. Lerille expects her team to stay focused and ready for what’s ahead.

“Communication is always something that we work on,” Lerille said. “We have to continue to play great defense and we have to stay focused no matter what the score is.”

The Lady Tarpons played South Terrebonne on Tuesday. No score was available at press-time on Monday.

The team will resume district play Thursday at Ellender.