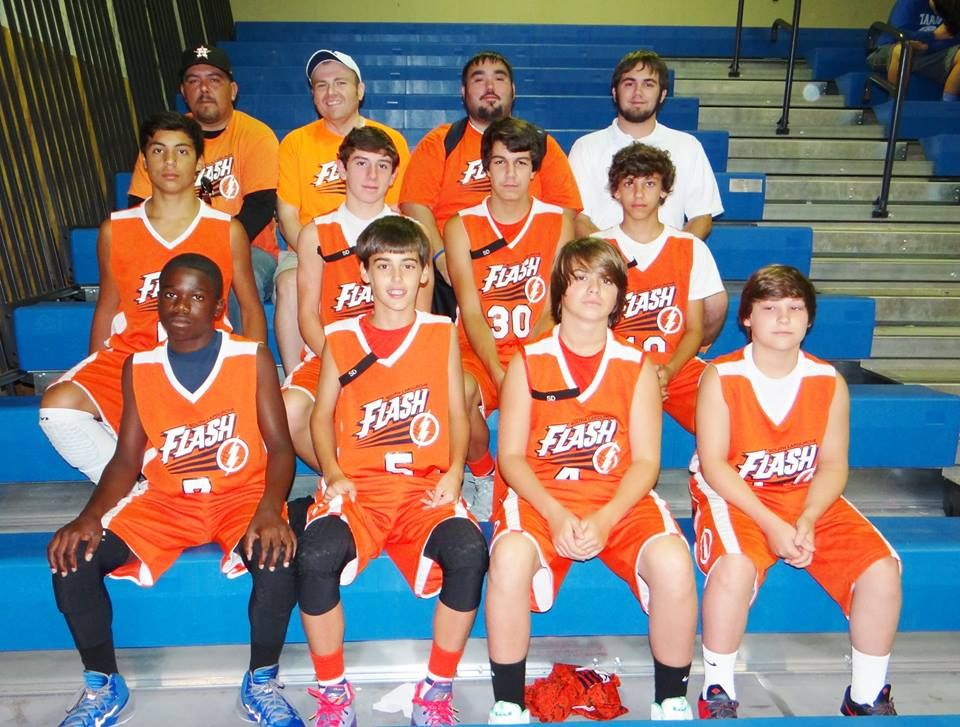 Golden Meadow native Damien St. Pierre loves introducing basketball to young, aspiring players. He loves it so much that he’s the President of South Lafourche Biddy Basketball – a booming youth sports organization that has hundreds of young men and women within its program.

But the Biddy season runs from September-November, and St. Pierre wanted a greater stretch of time to give young athletes a chance to compete.

Because of this desire, the South Lafourche Flash were born. A budding AAU basketball team based out of southern Lafourche Parish, the basketball program had seventh and eighth grade teams in its inaugural seasons.

Because of the success and high numbers in year one, St. Pierre said that talks are already under way for a girls program to be added in the future.

“I’m a big believer in the, ‘You get what you put in,’ theory,” St. Pierre said when asked about the importance of allowing kids to play basketball year-round. “It’s to the point where if you want to be a top-level basketball player, you must play the game in some shape or form for 8-10 months out of the year. The more you play, the more the game will slow down for you. That’s what we wanted to provide to our young men in this area – a chance to keep playing.”

St. Pierre’s vision is rooted through a conversation he had with some of his Biddy All-Star players – young men who just couldn’t quite come to grips with their season being over in 2012 after falling short at the National Tournament.

“The night we lost out in Nationals, I had kids asking me to start up a team,” St. Pierre said. “But at that time, I had no idea where to start.”

To get his feet wet with the entire process, St. Pierre said he served as an assistant coach for great former Tarpons’ athlete Ashton Dillon’s Bayou Ballers’ 9th grade team in 2013 – the inaugural season for that program, which still exists today in the south Lafourche community.

St. Pierre also was the head coach for the 8th grade team with that program, helping the team get to four tournaments, placing second in two of the four.

“The idea for the Flash AAU team was in the works as soon as the 2013 AAU season was finished,” St. Pierre said. “We knew we wanted to start our own program. After completing the Biddy All-Star season, we quickly threw a try-out together and we formed two squads. We had close to 50 kids tryout between the two teams.”

The inaugural team’s numbers were large and everything seemed to be going along without a hitch for the Flash who moved smoothly into their first tournament of the season.

But a dose of tragedy struck the team and forced the AAU organization to find out how mentally tough it truly was.

In the early morning hours of May 11, Golden Meadow man Shawn Dardar was reported missing. Dardar was a lifelong friend of St. Pierre and a coach in the program. He was one of the cornerstones of the Flash program – a major source of inspiration and enthusiasm for both St. Pierre and the kids with the team.

Dardar’s was found dead hours later – submerged in his wrecked GMC Sierra, which was found crashed in Bayou Little Caillou. He was 29 at the time of the crash.

This occurred the night after the Flash’s first-ever tournament. Photos show St. Pierre, Dardar and the rest of the team’s players and coaches smiling and enjoying the occasion.

It was a splash of reality to everyone involved – a shift kick in the gut at how short life can be sometimes and how brutally quick things can change.

After the accident, St. Pierre said he didn’t know if he, or anyone else, would have the desire to keep pushing the Flash forward for the rest of the summer.

But after a while to grieve, he and the team realized that Dardar wouldn’t want the kids to miss out on an opportunity to continue to play. The Flash rallied together and played for their fallen coach and finished the season strong.

“That was a really tragic event and it lead to some rough times,” St. Pierre said. “But we really came together in the end, not only as a team, but as a family.”

By overcoming the tragedy in stride, the Flash were able to enjoy first-year success. The 7th-grade squad lacked size, but competed tough against far larger completion in their 18-game season.

The 8th-grade squad played 17 games and was very successful in the win/loss column, enjoying success at several tournaments throughout the summer season.

“Our 7th-grade squad usually found themselves against some much bigger opponents, but they never backed down and we always competed,” St. Pierre said. “When we did face someone with similar size and age, we did very well.

“The 8th-grade team did really well. We either placed or were very close to placing at almost every tournament we played in. We were runners-up at the 5th-Annual LA Blazers End of Summer Showdown.”

So with the success of the Flash and the success of other AAU programs around the area, St. Pierre said it’s a golden age for basketball in the area. He said that several of our high schools are going to enjoy success in the near future.

But he added that the real heroes are the parents and volunteers who offer opportunities for kids to showcase their talents – an infrastructure that wasn’t always in place locally in Lafourche and Terrebonne parishes.

“I’d like to thank my assistants, co-founder Nick Hebert, Justin Callais and Chad Naquin,” St. Pierre said. “All these men gave up time, money and a big portion of their summer to help out with these young men. I’d also like to thank the Law Office of Jeray Jambon Jarreau, the Cut Off Youth Center and the team parents for making this summer basketball program possible.”

The South Lafourche Flash have enjoyed a strong inaugural year as a budding AAU team. Based out of Golden Meadow, the team fared nicely at a slew of tournaments this summer. Co-founder Damien St. Pierre said this week that the team has plans to expand in the future, possibly adding a girls’ team to its organization.