TALK ON THE STREET 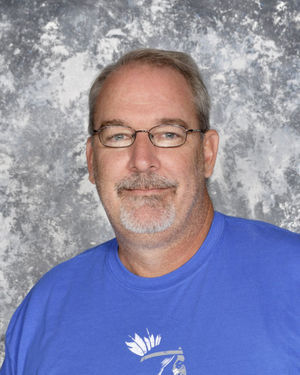 Terrebonne Tournament pits local powers against one another

A lot of quality basketball will be played at Terrebonne High School this week.

The third-annual Terrebonne General Medical Center Community Sports Institute Tiger Classic will take place at the Houma-based school, and will feature seven schools – some from the area and others from beyond.

The event will take place from Thursday-Saturday and games will start during the afternoon on each day and will continue into the evening.

Competing in the three-day tournament will be area programs Terrebonne, South Lafourche and Thibodaux, as well as outsiders Donaldsonville, Berwick, Grace King and Helen Cox.

Below is the schedule of games for each day of the event.

The Terriers finished 2-0-2 this past weekend as the host of the Brothers of Sacred Heart Tournament, playing undefeated soccer against some of the top programs in Louisiana.

Vandebilt played four matches in two days over the weekend, competing favorably against programs that are expected to go deep in the State Playoffs next spring.

On Friday, Vandebilt tied with St. Paul’s early in the day, then rebounded to trump Catholic – Baton Rouge 1-0.

A day later, Vandebilt also got a draw and a win, finishing even with St. Louis, before beating Brother Martin 1-0.

In the win against Brother Martin, striker Clinton Erny put the Terriers on top in the opening minutes, sending a shot into the back of the net to put the team out front for good.

The lead held up throughout the match, because Vandebilt’s strikers kept pressure on the Crusaders, which allowed the Terriers’ defense to pick its spots and remain efficient.

With the successful weekend, Vandebilt is now 4-0-2 on the season.

They play a home match on Saturday afternoon against Newman.

At the same tournament, E.D. White also proved it has a claim as one of the top soccer programs in Louisiana.

The Cardinals also fared well at Vandebilt’s Tournament, posting three-straight ties in the weekend, while also facing an all-star cast of opponents.

On Friday, the Cardinals had draws with both Brother Martin and Jesuit, using dominant defense to stay afloat in both games.

With the successful weekend, the Cardinals are now 2-0-3 on the season. They will be home tonight against Zachary.

Saturday night was big for the Vanderbilt football program.

And a local student-athlete was a large part of the success.

The Commodores beat Tennessee 45-34 to earn their sixth win of the season – their second-straight to close the year.

South Lafourche graduate Bailey Granier had a hand in that victory, playing several snaps for the Vanderbilt offensive line – helping the team push forward for more than 600 yards in the win.

With the victory, Vanderbilt guaranteed itself a bowl game.

Players of the Week – Basketball Week 2

Bronze – Ellender guard Terris McKay – Ellender, as always, possesses one of the top girls’ basketball teams in the Houma-Thibodaux area. McKay is one of the reasons why. She’s among the top defensive players in the area. At the Donaldsonville Tournament this past week, she led all players in steals.

Silver – South Lafourche Lady Tarpons guard Traya Bruce – The Lady Tarpons junior guard was wonderful this past week at the Sacred Heart Tournament, navigating her team to an undefeated week against quality competition. Bruce is a threat to score 20 points from the minute she walks onto the floor. She’s a great player.

Gold – Thibodaux High School’s basketball team– The Tigers were somewhat of an afterthought in their own tournament, surrendering the attention and hype to Ellender, Central Lafourche and others at the Tiger Thanksgiving Classic. But Thibodaux overcame its underdog status and won the tournament, posting a 3-0 record and victories over the powerhouses to earn the title.

1. Ellender – The Lady Patriots are the reigning District 7-4A Champions and the truth is that they really haven’t lost a ton of players off that title-winning team. Early on, it shows. Ellender is 4-0 on the season and they’ve won every game with relative ease.

2. South Lafourche – After losing two seniors to college, many thought the Lady Tarpons would take a step back this season. But after five-straight wins to open the season, it doesn’t look like that perception is reality.

3. Houma Christian – Sure, Houma Christian is just a Class 1A school. But that doesn’t mean much in between the black lines during a 28-minute game. The Lady Warriors are as talented as anyone locally, and they’re more than capable of making a deep playoff push.

5. South Terrebonne – It hasn’t taken coach Nick Cenac long to make a difference as the coach of the Lady Gators. In his first season with the team, South Terrebonne has started strong, posting a 4-1 record. That trumps an 0-5 mark the team had a year ago.

12 – Terrebonne High School will host 12 varsity boys’ basketball games from Thursday-Saturday as part of its annual tournament. Tigers coach Derek Szush said the event will be a showcase of how top-notch local basketball truly is.

71 – The South Lafourche girls’ basketball team took its show on the road this past week, competing at a tournament hosted by the Academy of Sacred Heart – New Orleans. The Lady Tarpons fared well. They went 3-0 and won by a combined 71 points in the games.

3 – Ellender is an offensive machine – both in boys’ and girls’ basketball. The Lady Patriots are undefeated in the young season, and they’re making their mark on the offensive side of the floor. Ellender has scored 60 or more points in three games this season.

3 – Thibodaux boys’ basketball defended its home floor with honor and pride this past week, winning their home tournament with three-straight wins over top competition. The Tigers beat Ellender, St. James and New Iberia on the week.