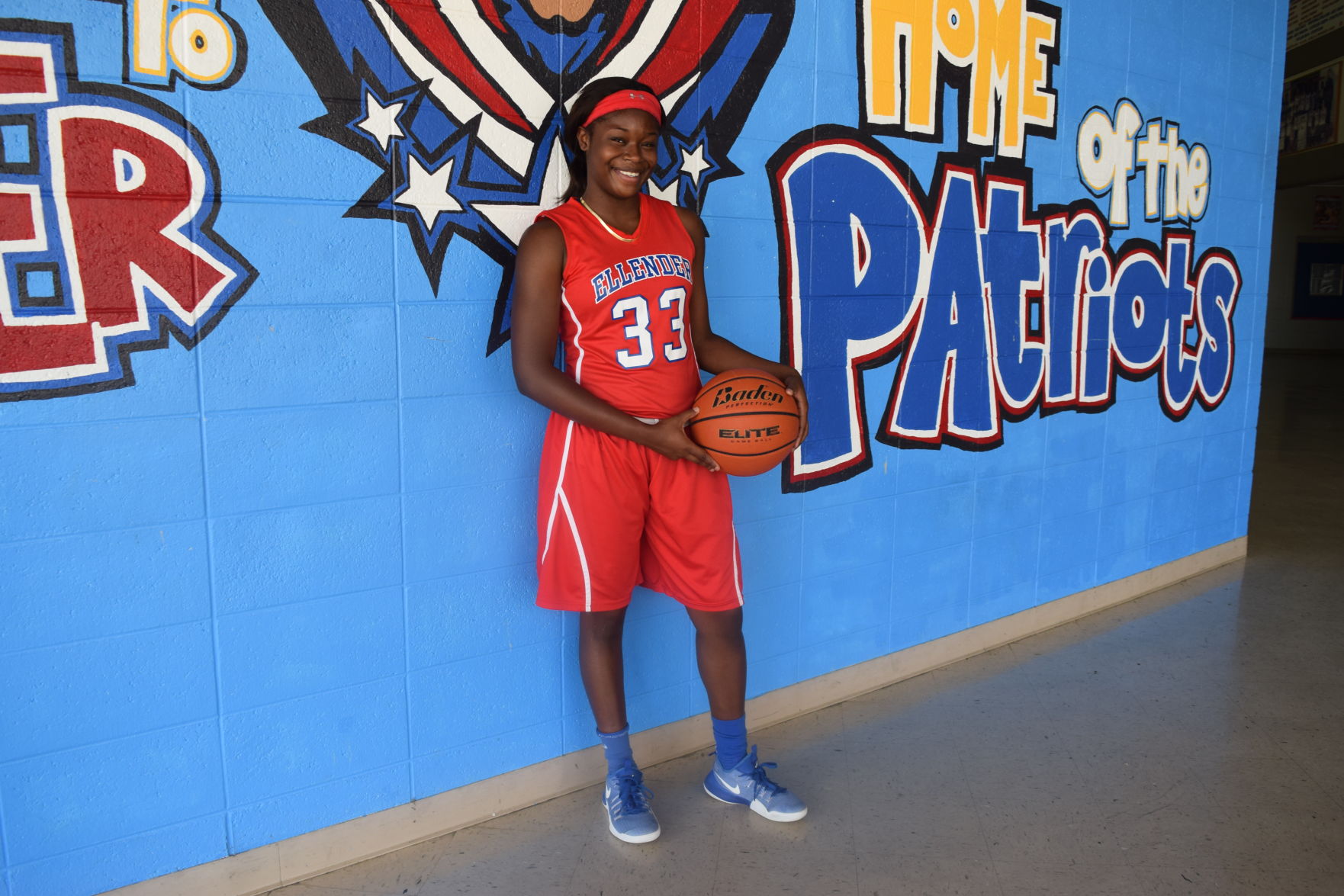 The final bell is about to sound at Ellender Memorial High School last Wednesday afternoon – the final official day in the academic year.

Ellender junior (now technically senior) forward Oreion James is in the Lady Patriots’ gym as the bell rings, trying to figure out a question that’s been on her mind for a while now.

“I guess I’m a senior now, right?” she said. “This school year is over. I guess that makes me a senior.”

“Yup,” said an underclassman tagging along with James on this day. “You’re the old one now.”

“Where did the time go?” James asks rhetorically with a laugh. “Before I know it, I’m going to be gone – off to college. Time flies.”

On James’ body is a Lady Patriots basketball uniform she was asked to wear for a photoshoot. She puts it on quickly, making sure it’s tucked in right before taking the photos.

But on her hand is her pride and joy – the ensemble piece she is most proud of on this day. That would be a Class 4A State Championship ring she and her teammates won this past spring – the school’s first title in a while.

She takes it off before the photoshoot begins, then twirls it around, showing all the engravings and details.

“It has our name, our number and Class 4A Champions on it,” James said. “It’s great.”

But the admiration doesn’t last long before James snaps back into reality and re-focuses her thoughts on what’s to come.

That’s because James knows that the only thing better than one ring is two rings, and that the Lady Patriots have a golden opportunity at a repeat – assuming they put in the time over the summer to ready themselves for the battles which lie ahead.

Indeed, the competitive spirit still burns bright in the Lady Patriots locker room where James said she’s eager to lead her team into a successful offseason to gear up for a competitive fall.

“It was awesome to win it last year,” James said. “We set that as our goal at the beginning of the year and in the playoffs, we really pushed ourselves and took it to another level and made it happen. But for me, now, we have to be even better. We know we’re going to be in the gym a lot over the summer, and we just want to make the most of it so we can come back strong. I want to leave my mark as a senior.”

James was outstanding last season for the Lady Patriots – a matchup nightmare for opponents because of her ability to score both inside and outside.

But what made the season even more special for James was that she and her teammates peaked at the right time, which allowed them to take the title.

In the Top 28, James played arguably her best games of the season, securing the Class 4A Most Outstanding Player Award as well as All-State honors.

Ellender coach Kenneth Dixon said after the team’s win in the state semifinals that James was “relentless” and that her motor helped inspire the rest of the team.

“She’s playing as well now as she’s played this season,” Dixon said. “I couldn’t be happier for her.”

James said the entire experience at the Top 28 was something she’ll never forget.

To play that well in front of that many people on such a big stage are memories she said she will always cherish.

“To know that we will be on that big wall outside of our gym because we made our own special place in history, it’s just amazing,” James said. “That’s something we’re all going to share together forever.”

But now, it’s time to do it again.

James concedes that winning the title a second time is probably harder than winning it the first time because of the bulls-eye the Lady Patriots will have on their chests throughout the next season.

But that just means the team has to work double time throughout the offseason to ensure they’re up for the challenge.

James said she’s working on her quickness, speed and strength, while also touching up on her moves around the basket.

She said her goal as a senior is to lead her team to victory, but also set a foundation for success, which will spill over to future Lady Patriots teams for years to come.

During the photoshoot, James joked with an underclassman player that she wants to win three rings in her career, then offered a unique explanation for how she plans to make it happen.

“I have one now. I want to get one next year, then I want to get another one when you’re a senior and I’m in college, because I want to show you all how to do it,” James said with a laugh. “I think I’d deserve a ring for that.”

By that time, she was laughing so hard she could hardly finish her statement.

But when on the floor, the laughing stops and it’s all business.

And lately, business has been awfully good at Ellender.

“We love to push ourselves,” James added. “We joke that we don’t get tired. I promise you that we do get tired, but we just don’t show it. We don’t let our opponent see it. We stay together – for each other. And that’s what allows us to get where we are today.”