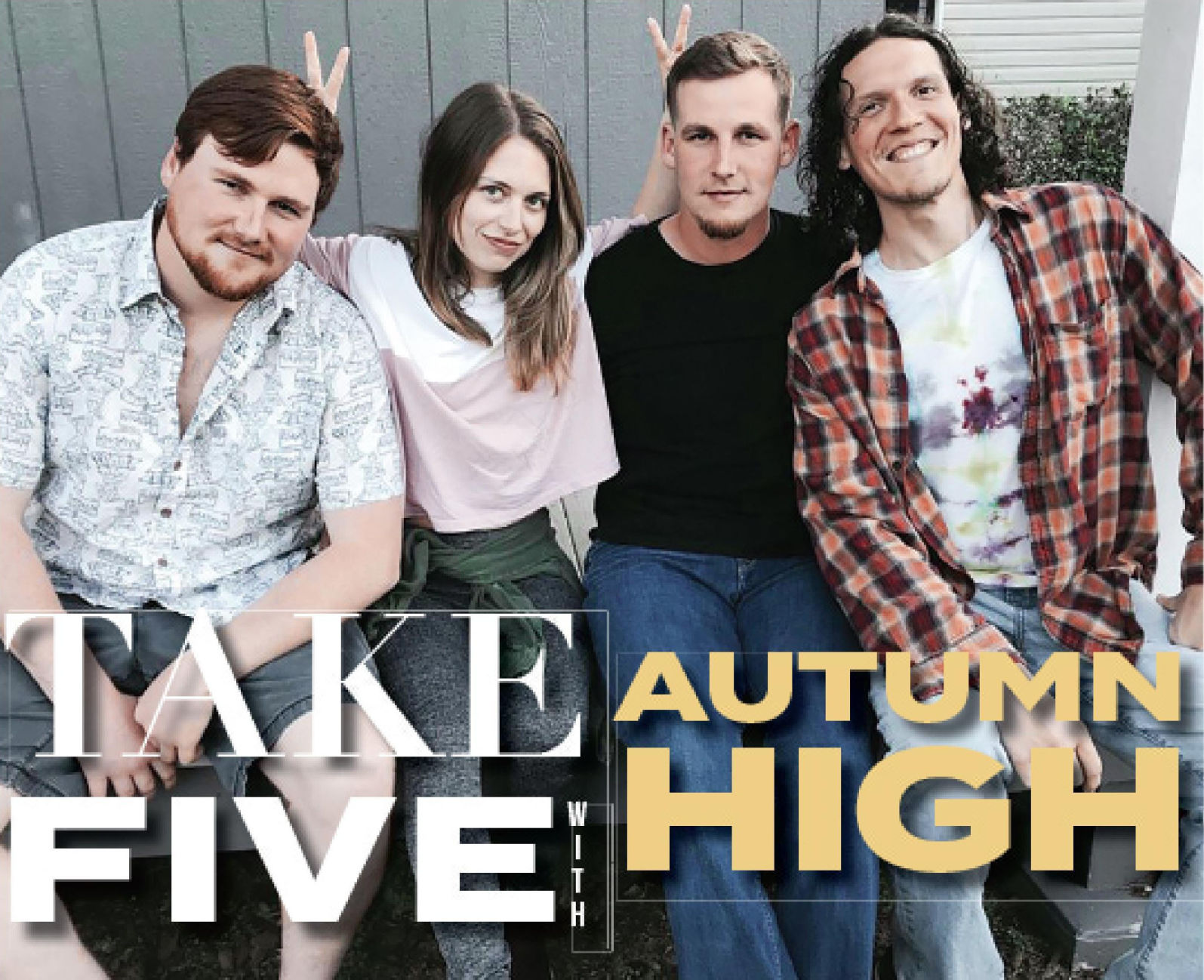 Autumn High, the charismatic and fun-loving band from the Chauvin/Bourg area, know how to have a good time on and off the stage. Having been around for almost a decade, releasing various EP’s, singles, music videos and performing, the band tends to draw a significant crowd wherever they go in the Bayou Region. We met up with the band that consists of Beth White (vocals, keys), who is married to Caleb White (drums). Sam White (vocals, guitar, base, brother of Caleb) and Kenneth Kreamer (vocals, guitar, bass), who technically isn’t related, but they still call him Brother. Here’s what this entertaining and co-medic group had to say:

WHEN AND HOW DID THE BAND FORM?

“The band has been around for about eight or nine years, with about a two-year break somewhere in between. I want to say me, Caleb and Brother [Kenneth] were the original members, Sam played with us for a few shows when he was really young and then later joined permanently once he could get into bare without his parents having to attend,” Beth laughed. ‘”We’ve had a couple of other friends come and go with the band, but us four have been the main Autumn High group.”

“Through mutual admiration of binomial nomenclature,” said Kenneth on how the group formed.

HOW WOULD YOU DESCRIBE YOUR MUSIC?

“Always a hard question for me to answer. We’ve evolved through the years, but have always stuck to some type of rock style,” Beth said.

WHERE DO YOU GET YOUR INSPIRATION?

“I think this answer will be different for everyone, but I know a lot of my inspiration just comes from having a love for playing music and it being a fun, freeing experience for me,” Beth said.

“”Even Stevens” [a Disney Channel show] and plants,” Kenneth added.

WHAT HAVE BEEN SOME OF YOUR FAVORITE VENUES/PLACES TO PLAY?

DESCRIBE THE MUSIC SCENE IN THE BAYOU REGION.

“Awesome because you have so many people who work normal jobs who still jam on the weekends.” Caleb exclaimed. “Keep the dream alive!”

BONUS QUESTION: WHAT IS THE BAND’S SPIRIT ANIMAL AND WHY?

“We have a lot of different energies and personalities going on in our band,” Beth laughed. “I’ll let one of the boys cover this answer.”

A nutria rat because ire invasive and destroys everything but it’s still cute and beloved in its own way,” Caleb explained.

The band just finished playing for the patrons of La Carreta last Saturday night, but you can catch them again at The Patio on October 19. Their music can he found on iTunes and their YouTube and Facebook pages.