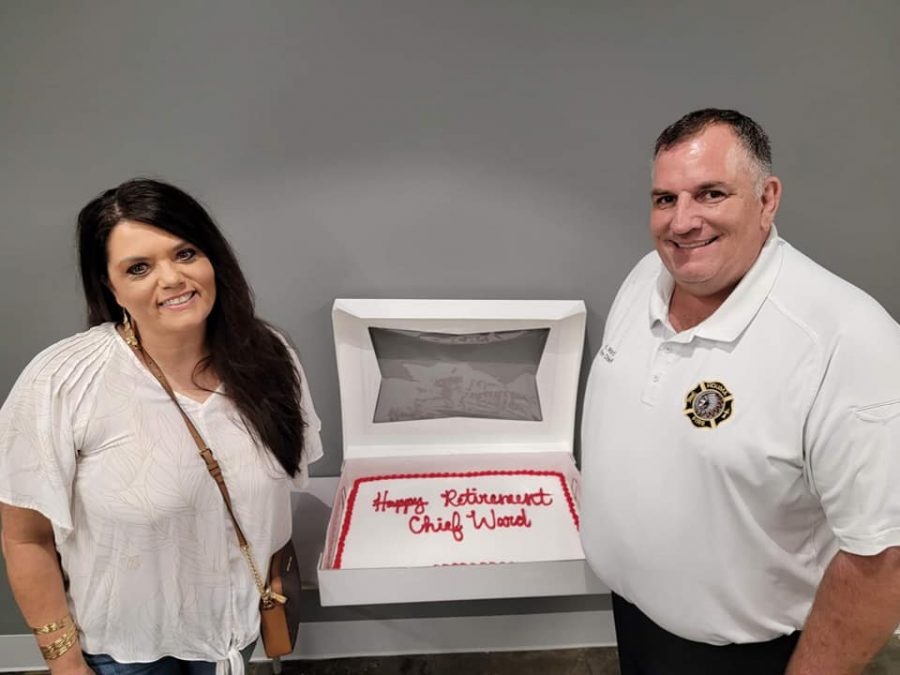 In June, after over 30 years of service, now-former Chief of the Houma Fire Department Keith Ward hung up his bunker gear to pursue other opportunities. “I’m only 51, and there are still things I want to do,” he shares. “I knew it was time.”

Keith, a native of Algiers, didn’t always want to be a firefighter. In fact, he didn’t catch the urge until witnessing them in action first-hand — accompanying his friend, who was a volunteer with the Bayou Cane Fire Department, on a trailer fire call.

“I went with him to just help, whatever I could do. I was on the outside, just kind of helping pull the hose and do things around the scene of this trailer fire. And I kinda got the bug,” he remembers. “After that, I was like, ‘Man, I think I want to be a volunteer firefighter.’”

Keith volunteered for Bayou Cane for around six years and then extinguished fires as a profession when he joined the Houma Fire Department in 1996.

For him, the greatest aspect of his former job is the ability to help others. “It was just that satisfaction of being able to go in and give a hand. You’re called in at their worst moments, no matter if it’s a fire, an accident or a medical call. You do whatever you can do to hopefully come to a good conclusion: saving someone’s property, being able to save someone’s life or take care of them at an active scene,” he says.

Unfortunately, the biggest challenges with the job are when situations go south. “You do everything that you could in the scope of what your job entitles and still don’t come to a happy conclusion. It’s always a challenge,” Keith says.

He recalls an incident that happened years ago that stays with him. A fire took the lives of a father, mother and child. The other child, a girl, survived it, however. “She [the survivor] works at a place that whenever I go over there, she makes it a point to tell me hi,” Keith shares. “Those are the tough ones that you kind of live with.”

“To get through them, you just have to remember that you did everything possible that you could do,” he continues. “It’s a challenge when it comes back up, but you just do what you gotta do to get through that memory.”

Keith was named chief in 2017. He is most proud of serving the community, acquiring better equipment and software and moving the department in a positive direction during his tenure.

Joined by the Terrebonne Parish Administration, other government department heads and his fellow Houma Fire Department members for a special lunch, Keith says his final day was emotional.

Before he left, he got to watch one of his captains, who he took under his wing, win an award at the Louisiana Fire Chiefs Association’s annual conference. In her speech, she said Keith was the reason she started working for the department.

“Her speech and the things she brought up really hit home, and she had me crying,” he shares. “When you’re at the station, you’re basically family. You spend more time with the people in the fire station than you really do with your own family at home.”

Keith has already started the next chapter of his life — selling fire trucks. “I’ll be able to still give back to the communities, not just ours here but around the state, in order to help other departments protect the citizens in their communities,” he says. “So, I still have that sense of being able to help.”