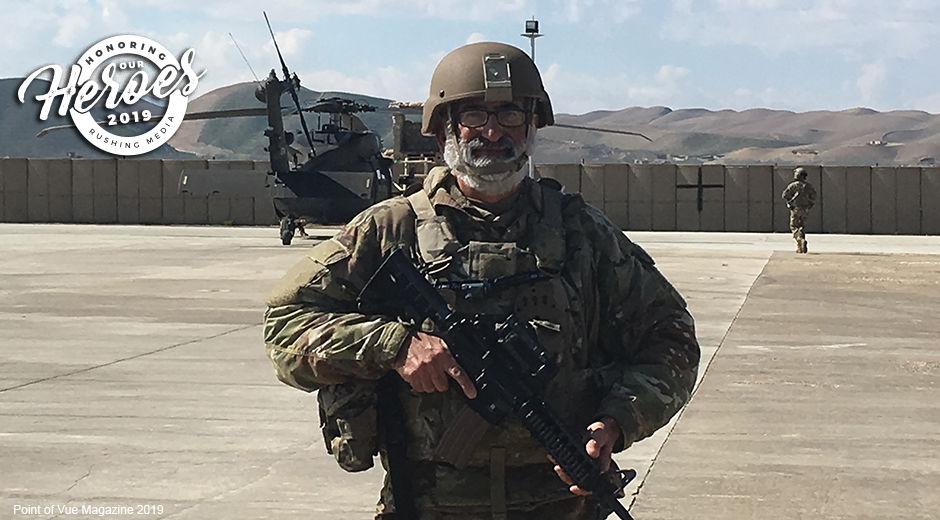 Since before our country was even founded, brave men and women have fought for our freedoms by taking up arms – or contributing in other aspects – and joined the nation’s armed forces.

Not many over the years, however, decided to enlist in military service when they were 59 years old. It takes a great deal of courage and heart to decide to push back retirement and family time to answer a call to serve your country – such as the courage and heart that lies within local surgeon Dr. Barry Landry.

Dr. Barry has had an illustrious medical career since opening his private practice at Thibodaux Regional Medical Center (TRMC) in 1987 that includes winning multiple awards, being named TRMC Chief of Staff and Chief of Surgery, bringing high quality breast cancer care and surgical care to Thibodaux and more.

But even after performing countless surgeries to save the lives of people in the Bayou Region and beyond, Dr. Barry still felt he needed another way he could, put his surgical skills to good use.

“…I kind of started looking at the military because they kept sending brochures about their general surgeons and things like that,” the Thibodaux-native recalls.  “…So I figured I might as well volunteer for people are willing to put their lives on the line for me and my country.’”

He then joined the Army Reserve in 2015.

Soon after receiving his Army basic training, he was deployed to Afghanistan for his first tour. There he treated wounded soldiers at a combat field hospital for six months.

For his second tour in Afghanistan, which he just returned from this past May, he was part of what is known as a Golden Hour Offset Surgical Team. “…It’s just basically the operating team. We gave care to any injured soldiers in that golden hour so we could stabilize and treat them and then move them back towards a hospital setting,” Dr. Barry explains. “Basically, kind of a surgical first aid station type of thing…In fact, I was the only doctor in a team of only five or six of us.”

His tours in Afghanistan have been a life-changing experience for Dr. Landry.

“I learned that the United States military takes good care of its soldiers. When they get wounded or injured, they put that as a top priority,” he shares. “And the other thing I learned, with working with some Afghans, is that people are pretty much the same. They want a safe, secure country and the best for their families and their children. They may have differences in philosophies and religions and things like that, but they really want the same thing everyone else wants.”

Even with the lives saved here in south Louisiana or overseas in Afghanistan, Dr. Barry still does not consider himself a hero.  “I’m just somebody doing what they were created to do,” he says. Put your gifts to use – that’s what you should do.” POV