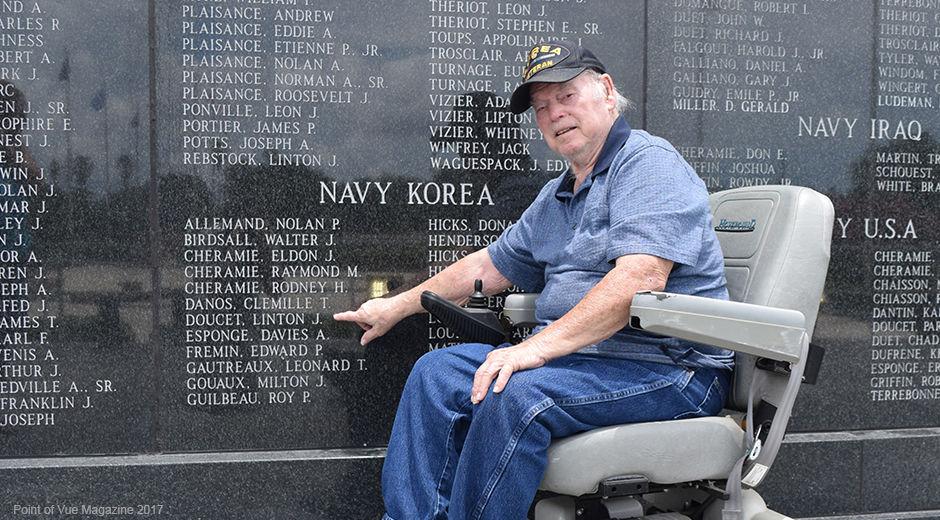 Golden Meadow native Linton Doucet sits at the entrance of the South Lafourche Veteran’s Memorial Park in Galliano on a warm, sunny day in mid-June. And the memories just start coming to him – just like they always do.

“Most of the men who got killed were 18 and 19 years old,” Linton said while navigating his group of three through the Trail of Tears section of the park which honors locals who died in action.

“They’re in heaven now,” he said, wiping his brow on the humid day. “Gone too soon.”

Linton is a local military historian. He can recite the battle stories of local veterans off the top of his head with amazing accuracy for a man who is now 86. His work for veterans is well-known. He’s the President of the Veteran’s Memorial Park and his persistence was one of the driving forces behind the park’s existence.

But what many don’t know is that Linton’s drive to honor local fighters is deep-rooted, because he, himself, had his turn abroad. Linton is a three-term Korean War veteran who served in the United States Navy. Through his time in battle, Linton said he saw the world – both the good and the bad of it. His last deployment was at the Korean Armistice Agreement, which ceased fire between the quarreling nations.

Linton tells stories of what it was like to be abroad, saying he often thought of friends and family back home, not knowing if he’d ever see them again.

“When you’re seeing the devastation around you, you never know what might happen,” Linton said. “You never know if you might be next.”

“Freedom is not Free” is a moniker that Linton often re-states during his work to help recognize local veterans. He said he worked so hard to help get the park opened because he wanted the younger generation to understand that the world we live in today is that way because of the sacrifices of others – some who even gave their lives in battle.