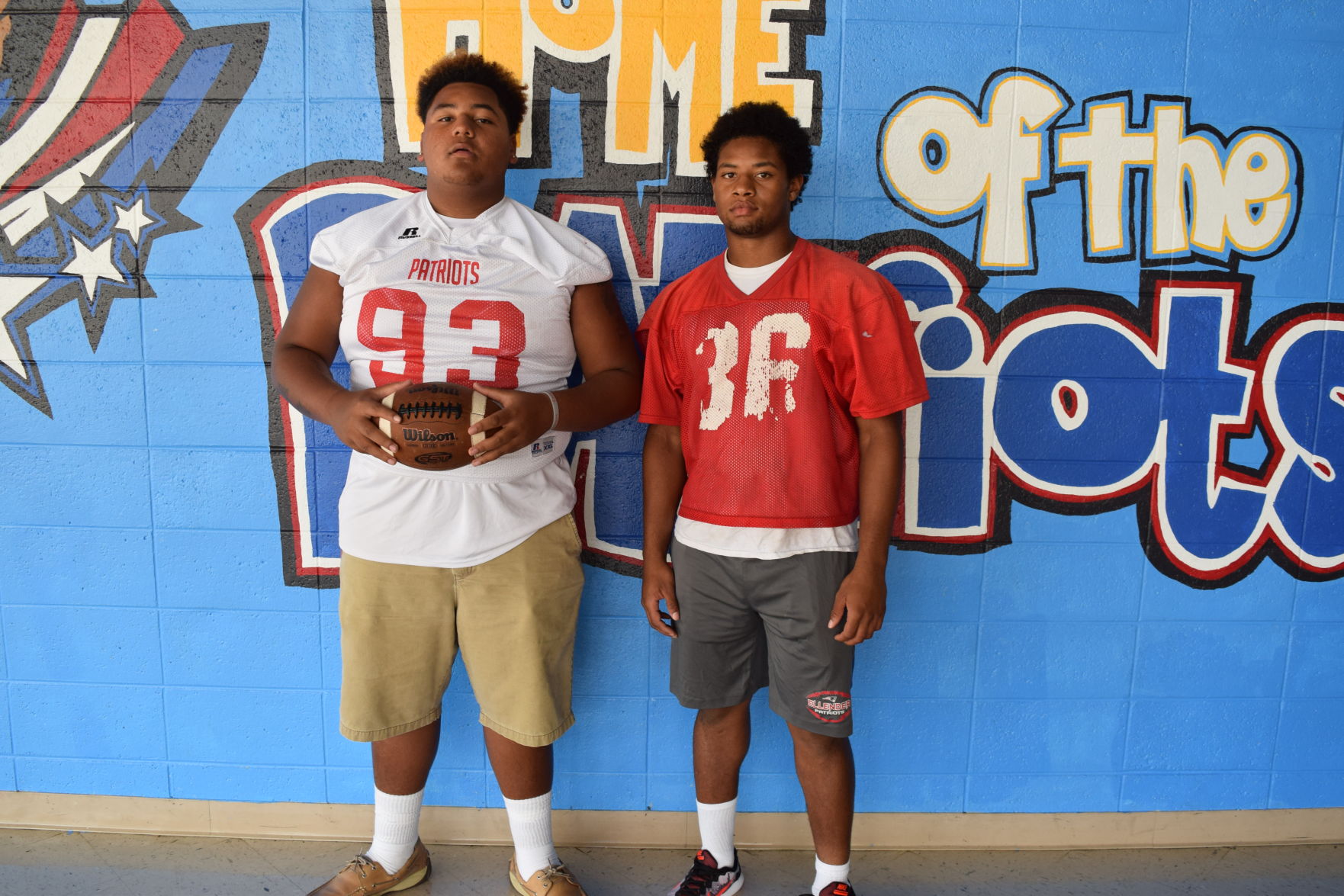 It has athleticism and skill, too, maybe even more of it than anyone else in the Houma-Thibodaux area.

So why were the Patriots not a playoff team in 2015?

According to new coach David McCormick, the answer is mental toughness and discipline – two things he’s preaching heavily before his first season leading the team.

Keeping an even keel is a big point of emphasis at Ellender’s football camp this fall as the Patriots look to take a leap forward under McCormick, a veteran coach who played for South Terrebonne, then served as an assistant coach there for 19 years.

If the Patriots have a better mindset in each game, the new coach thinks the wheels of progress will churn in East Houma and Ellender can become known as a football success.

“It’s been a good transition this offseason,” McCormick said. “The kids have bought in. We’re trying to change the mindset and we’re trying to change the culture. If we can get our kids to have a, ‘Never say die,’ attitude and mentality, then we will be OK. When a bad play happens, we need to forget about it and let it go and move on to the next play. Just keep playing. If we can keep that focus and keep playing, I think we will be OK.”

The Patriots have lots of incentive to ‘keep playing’. They have college-level athletes all over the field.

Offensively, the Patriots return six starters off a group that shined last season and scored 25.5 points per game.

At quarterback, Ellender has a two-headed monster with all-everything athlete Davontavean Martin tag-teaming with Colby Poe.

According to McCormick, the Patriots will decide their quarterback based on the strengths of opposing defenses on a given week.

“We’re just playing it week by week,” he said.

Teammates said Martin provides elite athleticism and the ability to score on any play as an option-style runner.

Poe is more of a traditional pocket passer.

“Colby Poe has a big arm, man. It’s awesome to see,” junior lineman Sedrick Williams said. “But Tay is good, too. He can run and make things happen. They’re different, but they both can help us. We trust them both back there to make things happen.”

When Poe is under center, Martin is still a big factor in what the Patriots do.

McCormick said Martin is among the best receivers in the area – a playmaker who will likely only rest on special teams, because he also plays defensive back.

He headlines a skill group that also relies heavily on Reginald Williams and Brisson Lewis, among others, to make plays.

“We like our skill guys,” McCormick said. “There are a lot of kids who can do special things with the ball.”

But to make those special things happen, Ellender needs quality offensive line play – something McCormick said will be a huge key in the team’s season.

The Patriots have three offensive linemen back from last year’s team, including Williams, Blade Boudreaux and Edwin Gonzalez.

How those guys do will likely determine how good Ellender’s offense can be, according to their coach.

Defensively, the Patriots return five starters off a group that is in need of a drastic overhaul.

Ellender allowed an area-worst 319 points last season – including five games surrendering 35 or more on the scoreboard.

Sophomore Jamire Mott is back, and will be special, according to McCormick. Also returning are Williams, Martin, Daquirs Griffin, Montae Smitherman and Anfernee Steele.

Mott said the woes of the defense’s past are in the rear-view mirror. He said the team looks good in practice and will be equipped to stop opposing offenses.

But regardless of X’s and O’s, the Patriots tout it’s the mental transition that is most important in 2016.

McCormick said Ellender’s willingness to stay positive during adversity is what will allow the team to be different in 2016 than it was a year ago.

They said the new coaching staff has instilled a grit and determination in the locker room that is unlike anything that the Patriots have had in years past.

“We have to handle adversity better, and we know that,” Mott said. “If we can handle it all, we will be OK.”

“I think for us, it’s about finishing, and that goes hand-in-hand with being mentally tougher,” Williams said. “We were close in a lot of games, but just fell a few plays short. This year, we want to be tough enough to make those plays. That’s our goal.” •