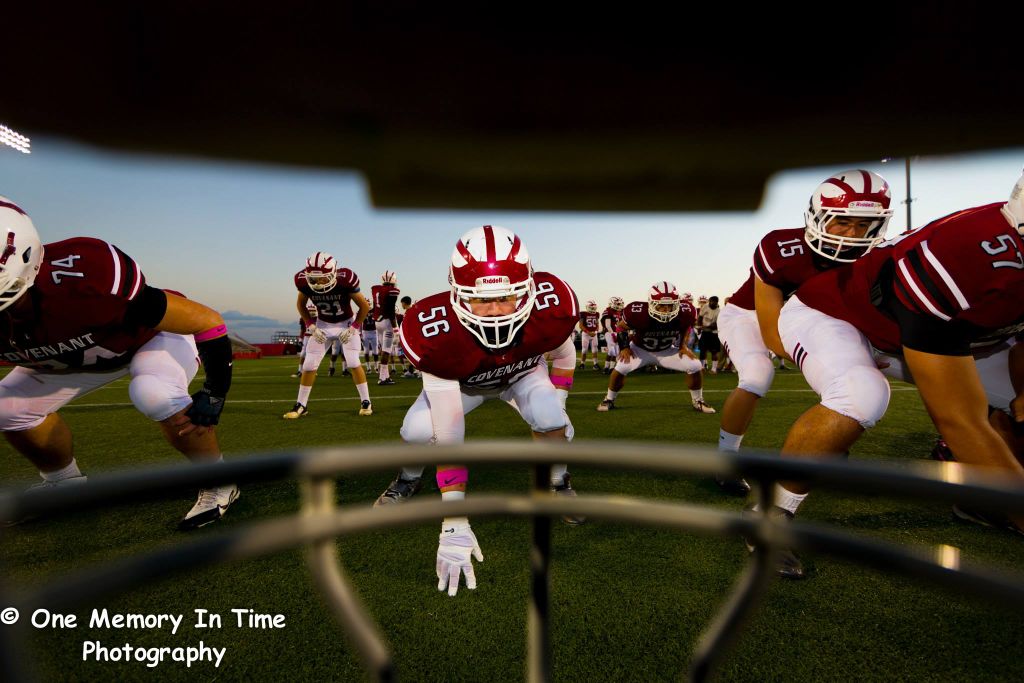 Others don’t care for it at all, stating that 10 days of practice time is too small a sample size to do much of anything. These coaches say that they use the practices, but don’t put much stock into anything that happens within it.

And some others don’t even really partake in spring practices at all, because of small roster sizes or other issues that would do more harm than good to a team.

No matter the side of the fence that locals may be on, spring football has been in high gear throughout the area in the past few weeks with high school teams polishing up some loose ends before the summer starts.

While coaches might dispute how useful the practice sessions are in the big picture, everyone seems to agree that it’s something that the kids enjoy – a chance to strap on the helmets and shoulder pads for one last time before the start of the 2015 season.

“Spring is a fun time for the kids,” South Lafourche head football coach Dennis Skains said. “There’s a lot of competition. The kids are really getting into it. I thought we had a great spring – one of the best since I’ve been here. We’re happy about that and like where we stand.”

“We’re doing some good things out there,” Ellender coach Terry Washington added. “Especially offensively. I think when you look at the spring, it’s a time to evaluate some younger players – put them in positions where they’re uncomfortable and see how they respond under pressure so that you can know what you have before the fall rolls around.”

Evaluation is the one universal thing that all coaches are doing in the spring season.

Whether a coach loves or is indifferent about the spring season, everyone questioned said that they’re keeping a close eye on the intensity of players to try and keep a pulse on where things stand in advance of the fall.

At South Lafourche, Skains said the Tarpons take the practices “very seriously,” touting that it’s the team’s philosophy to always have a workmanlike approach anytime they’re on the field in full pads.

South Lafourche played its spring game on Friday night – an intrasquad affair. In that game, the coach said he was most pleased with the team’s skill players and offensive line.

“Anytime we get an opportunity to practice here, we take it seriously,” Skains said. “I’ve heard from coaches that spring’s not very important to them or anything like that, but that’s not how we approach it. Anytime that we’re putting the pads on, we’re competing and it’s important to us. We know that so much can change over the summer and before the fall, but we definitely were studying what was going on out there on the field the past few weeks.”

At Houma Christian, the Warriors aren’t quite in the same boat.

Because Houma Christian is just a small private school that doesn’t have the luxury of having a football team with 80-90 players, the Warriors do as little as possible in the offseason – simply because roster numbers don’t allow it.

But even with their practices limited and more of a focus on strength training and conditioning, Warriors’ coach Chuck Battaglia said his team evaluates closely what’s going on to see who’s continuing to progress.

The Warriors lost a lot of their top players to graduation, so instead of teaching the system to new players, Battaglia’s top concern was physical preparation this spring.

“We don’t do as much as many other teams do,” Battaglia said. “We don’t get out there and do much hitting or anything like that. For us, it’s more something that we do to try and make the kids stronger and get their bodies in better shape so that when the season is here, they’re more ready to play. With the amount of kids we have, we can’t do what the bigger schools do.”

Away from the evaluation aspect, what happens during the spring is played out on sort-of a team-by-team and case-by-case basis.

At South Lafourche, the Tarpons were teaching a little less than normal and focusing on finding leaders and developing consistent execution – a luxury that can happen when a team doesn’t lose many seniors to graduation from the previous season.

Skains said the extra practice time gives coaches an idea of which players will take ownership of both huddles before the fall season rolls around.

“You start to see and find out who the leaders are going to be,” the coach said. “It’s different every year because sometimes you lose more than you do in other years. This year, we have a lot back, which means that we return some kids who played a lot last fall. I think because of that, we’re building on the things we put in place last year and adding to them.”

For Ellender, the Patriots are also returning a lot of players, but have holes to fill on the offensive and defensive lines.

Because of that, a lot of Ellender’s roster battles are in the trenches, where new players have come in and are pushing for playing time and starting positions.

“We have a lot of competition there,” Washington said. “Competition builds depth, which, of course, is a great thing for any football team.”

Of course, the practices culminate in a spring game for most – a chance to showcase your talents against another opponent. The Tarpons played an intrasquad game against one another. Ellender played Central Lafourche.

Other local schools competed around the area, as well.

The outcome is of no importance, according to everyone questioned. Just having that experience and opportunity to compete is all that matters.

“It doesn’t matter if you win the game or anything like that,” Washington said. “It doesn’t mean anything when fall comes around. It’s not that important. It’s a tool that we use, but it’s not the end-all by any means.”

Covenant Christian Academy offensive lineman Ryan Daigle gets himself ready for a snap during pregame this past season. Spring football practices have been going on the past few weeks locally. High school coaches debate how useful the practices are in the grand scheme of things. But most agree that the practice sessions are a valuable time to study and grade younger players in an effort to learn more about them before the start of the upcoming season.