5A district ripe with talent

Player of the Week: Maddox O’Quin 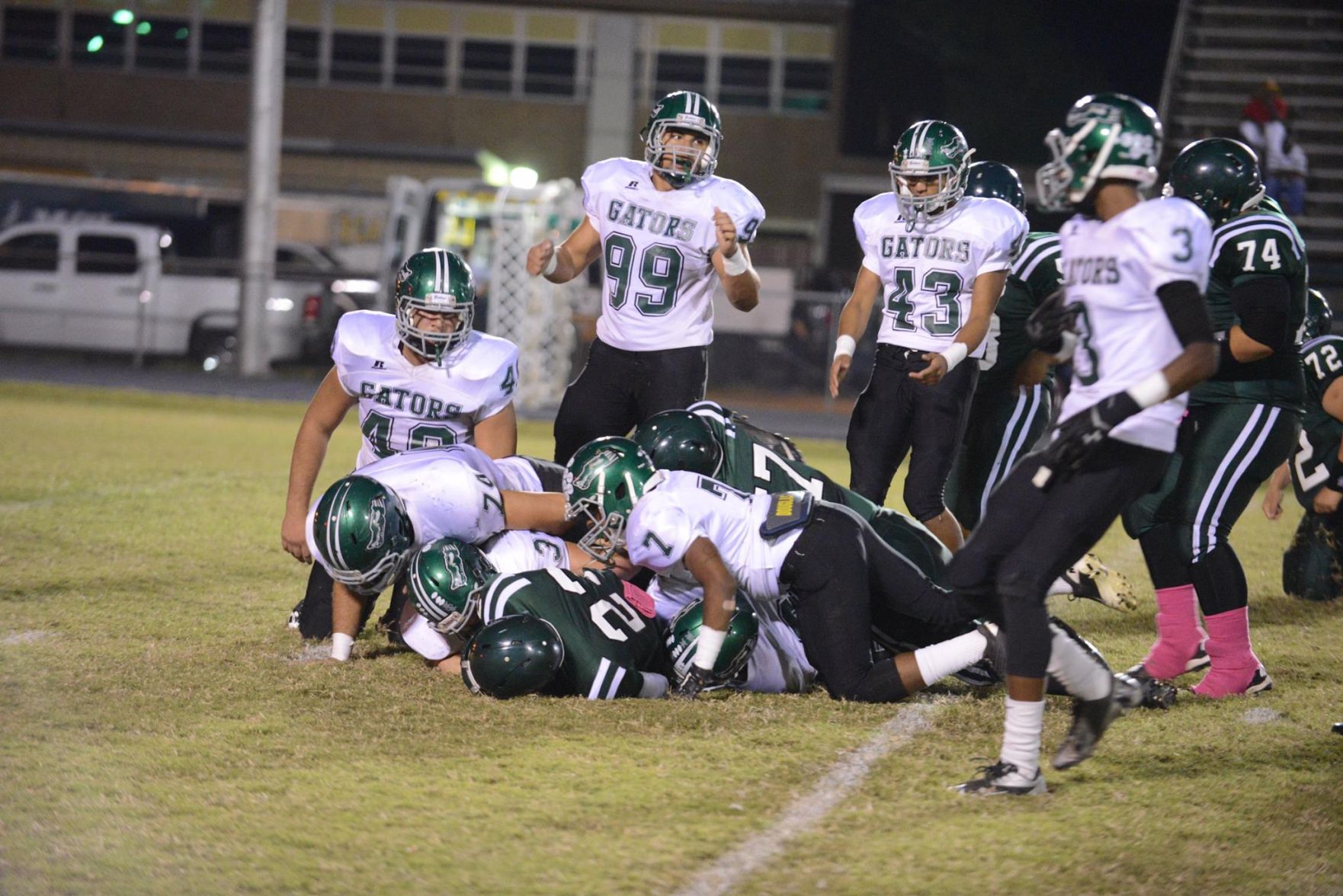 Trojans’ one-two punch of Thomas Wesley and Da’Quan Gray each surpassed 100 yards as the Trojans rolled past Terrebonne. The Trojans scored five fourth-down conversions in the game – one on a fake punt.

Thibodaux rushes for more than 350 yards, dominating the line of scrimmage to beat the River Parish foe. The Wildcats had the ball with a chance to tie the game late, but fell short, allowing the Tigers to get some insurance and another win.

The Tigers rushed through HLB throughout the game, dominating the Braves up and down the field en route to an easy, comfortable district win over the Braves.

After six-straight losses to open the season, the Terriers have hit a bit of a groove lately, winning two-straight games. The Terriers play Morgan City on Friday night – another school Vandebilt will be favored to defeat.

Considered an afterthought after a 1-5 start, the Patriots have won two-straight to stay in contention for a bid in the playoffs. The Patriots will be tested Friday against South Terrebonne.

South Terrebonne tops 40-plus points for the third-straight week, easily powering past Morgan City. The Gators are in a comfortable position to be 9-1 with Ellender and Cecilia left on their schedule.

In a battle of district unbeatens, the Lumberjacks show their supremacy, using its spread offense to dominate E.D. White on Friday night. Patterson will be very, very tough to beat in the Class 3A Playoffs.

It was a happy homecoming for the Warriors, who easily cruised past Ridgewood in a dominant win. Houma Christian is now 4-4 on the season with Crescent City and Country Day left to play before the playoffs.

Powerful Country Day improves to 7-1 on the season, snapping CCA’s three-game winning streak in a game that will likely decide the District 9-1A District Championship for the 2014 season.

Week 8 Players of the Week

Silver: Thibodaux High’s offensive line – It’s easy to give credit to Peyton Bonvillain and Jayquan Chenier for the Tigers’ successes – each are amazing football players. But how about we give a little love to Thibodaux’s offensive line for a change? With the big guys opening holes, Thibodaux roared to another big-time win on Friday night.

Gold: Central Lafourche halfback Thomas Wesley – The Trojans’ senior halfback was a force in every aspect of Friday night’s win against Terrebonne. Wesley rushed for more than 100 yards in the win, received for 93 more and combined for four touchdowns in the win.

1. Thibodaux: The Tigers appear to be headed for a first-round home playoff game after smashing East St. John on Friday night in a two-score win. With South Lafourche and Central Lafourche on deck, Thibodaux is heavily favored to finish the season 9-1.

3. South Lafourche: The Tarpons were outclassed by Destrehan on Friday night, falling in a lopsided blowout defeat. Next up is Thibodaux – things don’t get much easier for South Lafourche.

5. E.D. White: The Cardinals fell flat against Patterson, squandering a solid first quarter in a blowout loss. E.D. White will have a tough time going forward in a loaded Division II playoff bracket.

By The Numbers for Week 8 of the Prep Football Season

358: The Thibodaux High School running game has dominated opponents all season. So it’s probably not a huge surprise that the Tigers gashed East St. John on Friday night to the tune of 358 yards of rushing offense. Quarterback Peyton Bonvillain and Jayquan Chenier each went above 100 yards in the win.

149: In a district rivalry game, Vandebilt quarterback David Yancey hit 11-of-17 passes for 149 yards and two touchdowns to lead the Terriers to their second-straight win – their first two wins of the 2014 season.

28: Friday night’s game between E.D. White and Patterson was a heavyweight bout for the first 12 minutes of play with the teams tied at 7. But in the second quarter, Patterson dominated the action, scoring four-straight touchdowns and 28 unanswered points to go ahead 35-7 at halftime.

2005: With Ellender’s shutout win against Franklin, it marked the first time since the year 2005 that the Patriots held an opponent without a point in a varsity game. The Patriots are now 3-5 on the season – still in the hunt for a playoff bid in Class 4A.

471: Central Lafourche needed a fake punt and five total fourth down conversions to do it, but added all together, the Trojans accumulated 471 yards of total offense in Friday’s 14-point win over Terrebonne.