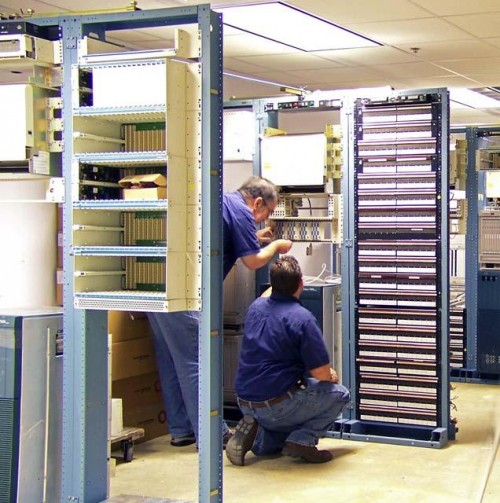 AccessCom, one of the last Louisiana-owned telephone companies, has made its way to the Tri-parish area offering local businesses voice and data services of the highest quality.

AccessCom is co-owned by nearly 42 investors, the majority of whom live in the Terrebonne Parish area.

Back in the 1990s, the company began as a dial-up carrier. Nina Faucheaux, chief financial officer, said for many years the company was trademarked as Internet 8. However, in 2001, once high-speed Internet took hold, Internet 8 partnered with New Orleans-based AccessCom Inc.

The latter name stayed, only eliminating the “incorporated” portion.

After a year or so, Faucheaux said the company stepped into a position to where it could acquire Columbia Telecommunication, which was a completely outfitted facility in New Orleans.

AccessCom took about a year to get up and running. In 2003, the company began offering telephone and Internet service strictly to businesses (no residences) in Terrebonne, Lafourche, Jefferson, Orleans, Assumption, Lafayette, East Baton Rouge and Iberia parishes.

AccessCom is headquartered in New Orleans where its telephone and Internet connections are deployed throughout the state. However, in recent years, the company opened a Houma office.

The move was made partly because 90 percent of the company’s owners reside in Terrebonne Parish.

“There is a huge controlling interest of the company rooted in this region. We are talking about people that have invested hundreds of thousands of dollars to acquire this company and grow it as a homegrown company in Louisiana,” explained Ken Jenkins, an account executive, who served as the spokesman for AccessCom.

Once the company got its operation up and running, it immediately began looking to expand.

After Hurricane Katrina, many of the New Orleans businesses were still displaced. Therefore, AccessCom repositioned its efforts in Terrebonne.

AccessCom is not associated with bigger franchises like AT&T and Charter Communications. In contrast, the company owns its own equipment and operates its own facilities.

It has two Lucent telecommunication switches located in New Orleans that allow it to manufacture its own “dial tone.”

“What we offer is not a resold service,” Jenkins said.

Many companies have switched to AccessCom, and they wonder how the company can offer such competitive pricing. Jenkins said the reason the company is able to do so can be attributed to that fact that the dial tone is not resold.

There are switch technicians and engineers in the New Orleans wire center that deploy the network, which gives the company the ability to compete aggressively statewide as a local company.

The advantage to AccessCom, in Jenkins’ opinion, is that companies need a reliable telephone and Internet provider to conduct business, and AccessCom offers such reliability.

The company never lost service during Hurricane Gustav. Those companies with access to power were able to conduct business normally using the Internet.

“Businesses rely so much on their Internet access these days, and we provide an extremely viable Internet connection that is high-speed. It is tuned for businesses and that’s what makes us different from other telephone companies,” he said.

Another reason the company has been successful is that it can usually save businesses between 20 and 30 percent above the competitors, according to AccessCom data.

As a way to expand and offer a full realm of telecommunication products – bundling telephone, Internet and cable – the company is in the process of developing “IP-TV.” This product will offer television services through the phone system. However, the new system is very complex and is in the embryo stages.

Jenkins said most telephone companies are building out to include this service.

Jenkins believes that will be a massive asset to the area because, with fiber optic infrastructure in place, AccessCom will be able to deploy a triple-play project – telephone, Internet and cable.